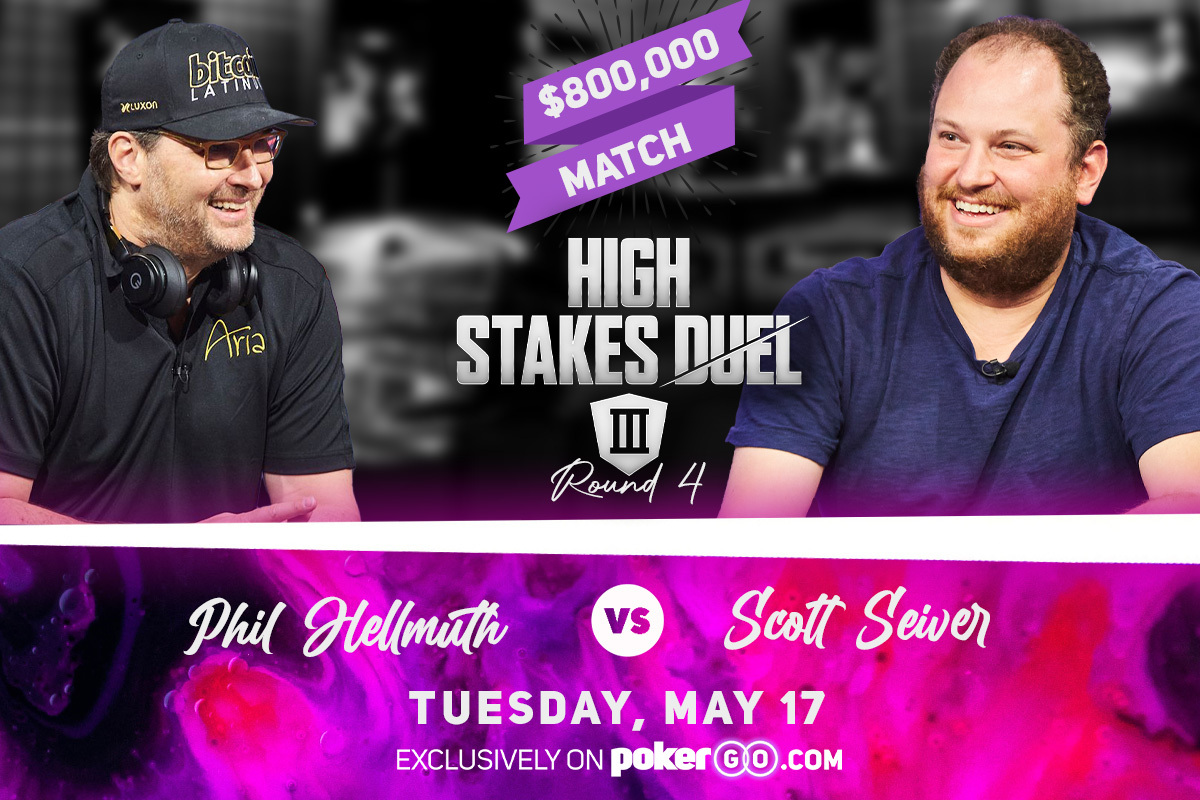 Seiver’s addition to the High Stakes Duel ring comes after Tom Dwan withdrew from the match.

“This program has been a must-watch event each episode so far and I wanted an opportunity to be a part of the action and hopefully add my own mark on it,” Seiver told PokerGO about the opportunity to face Hellmuth.

The full match will be broadcast exclusively on PokerGO.com on Tuesday, May 17, at 8 p.m. ET (5 p.m. PT). New PokerGO subscribers can receive $20 off an annual PokerGO.com subscription by using the code “HSD3R4” at sign-up. The first hour of the match will be available for free on the PokerGO YouTube channel.

“It is impossible to not respect Phil Hellmuth’s poker game because the results speak for themselves, however, where his talent lies is probably most misunderstood by the general public as opposed to those with a more nuanced view,” Seiver said of Hellmuth. “His game is speech play, but he is one of the best in the world at it.”

A strong player in his own right, Seiver has more than $24,000,000 in career live tournament earnings and a heads-up record of 13-8, according to HendonMob.com. Seiver has three WSOP gold bracelets and one World Poker Tour title to his credit.

Seiver and Hellmuth have played a lot together over the years, and Seiver is known to engage in plenty of competitive banter with the “Poker Brat.” Seiver cited the final table of the 2011 WSOP $50,000 Poker Players Championship as his favorite memory of playing with Hellmuth. In that tournament, Hellmuth finished second to Brian Rast for $1,063,034. Seiver placed seventh for $243,978.

“There will be trash talk before and during 100%,” Seiver said.

“I’m not really thinking about losing, but I expect to rematch if it happens,” Seiver said. “And you would have to ask him if he would rematch, not me.”