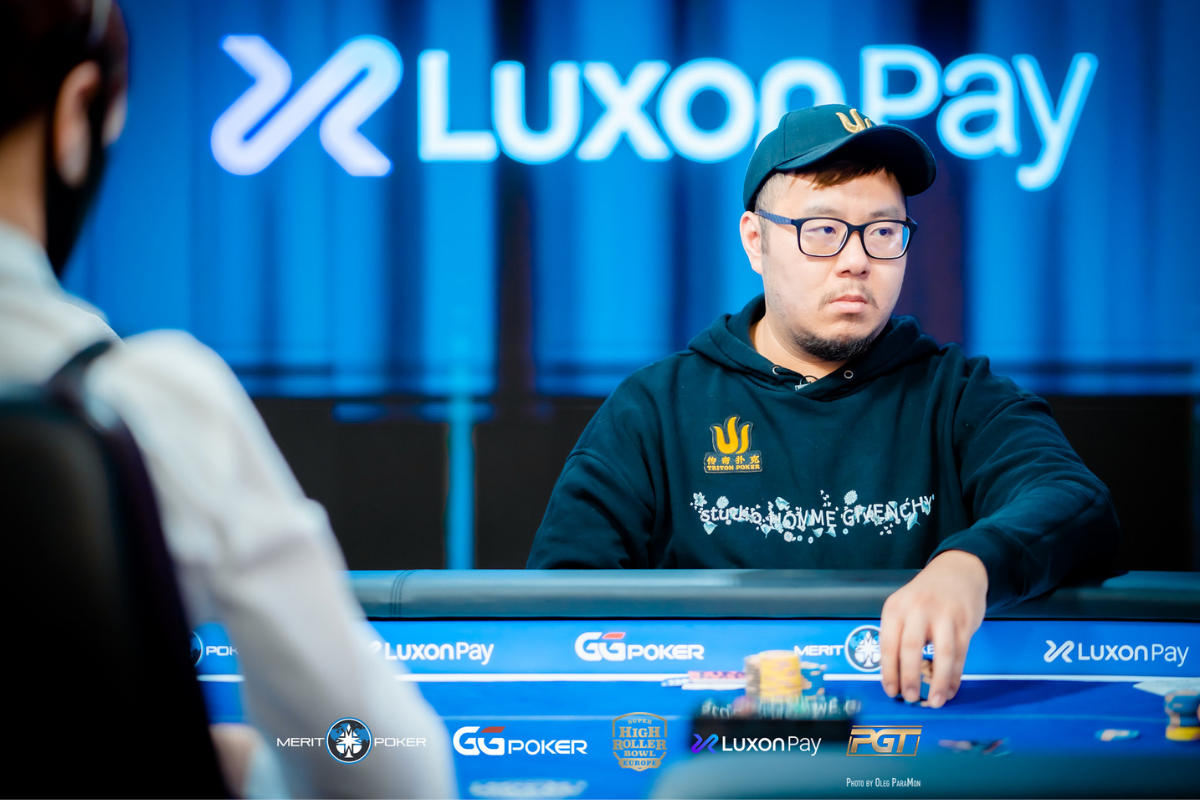 Only five players remain in Event #5: $50,000 Short Deck at the 2022 Super High Roller Series Europe. Day 1 saw a field of 32 entries come out to battle at Merit Royal Hotel Casino & Spa in North Cyprus, generating a $1,600,000 prize pool with a $640,000 top prize. Leading the way after Day 1 is Danny Tang, and he bagged up quite an impressive chip lead with more chips than the other four players combined.

To finish Day 1, Cary Katz was eliminated on the money bubble when his pocket queens lost to Loon’s king-jack thanks to a king on the flop.

Tang is making his fifth cash between Triton Poker Cyprus and Super High Roller Series Europe, but he’s still looking for his first victory. With the chip lead he has entering Day 2 of Event #5: $50,000 Short Deck, the trophy is very much Tang’s to lose.

Koon returns for Day 2 third in chips, and he’s also making his fifth cash of the joint tournament festival. Koon is currently fourth on the Super High Roller Series Europe leaderboard with 700 points. He already has 67 more locked up and could gain a total of 384 points should he go on to win.

Seth Davies enjoyed a bit of success last year in North Cyprus, but he’s only making his first cash with this run. Davies is the shortest stack returning for Day 2 but could easily turn things around given the excitement a short deck poker tournament brings.

The final five players are scheduled to return to the Merit Royal Hotel Casino & Spa in North Cyprus on Tuesday, April 12, for play to begin at 1 p.m. local time. Viewers from around the world can tune in to the PokerGO YouTube channel at 7 a.m. ET (4 a.m. PT) to watch the action with commentary from David Tuchman and Brent Hanks.