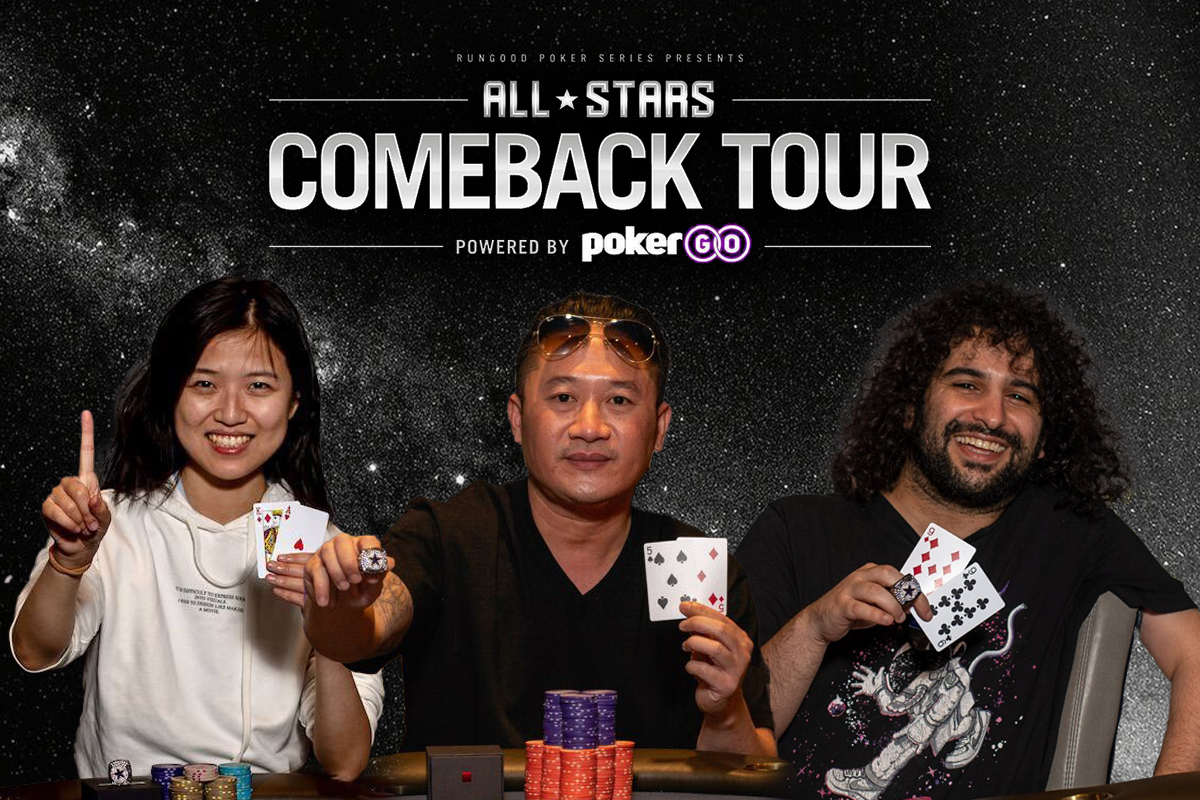 The latest stop of the All-Stars Comeback Tour Powered by PokerGO took place at Thunder Valley Casino Resort in Lincoln, California, recently and three players grabbed RGPS: All-Stars ProAM tickets. Huy Vu, Sasha Sabbaghian, and Ying Wang each won one of the ring events at the series to earn their way to Las Vegas.

In the Main Event, Sabbaghian entered the final table sixth in chips, according to PokerNews.com. He went on to eliminate David Ong in eighth place and Shahin Shojaeyan in fourth place before the final three players discussed a deal. After the first attempt to come to a deal didn’t work out, the players later reached an ICM chop