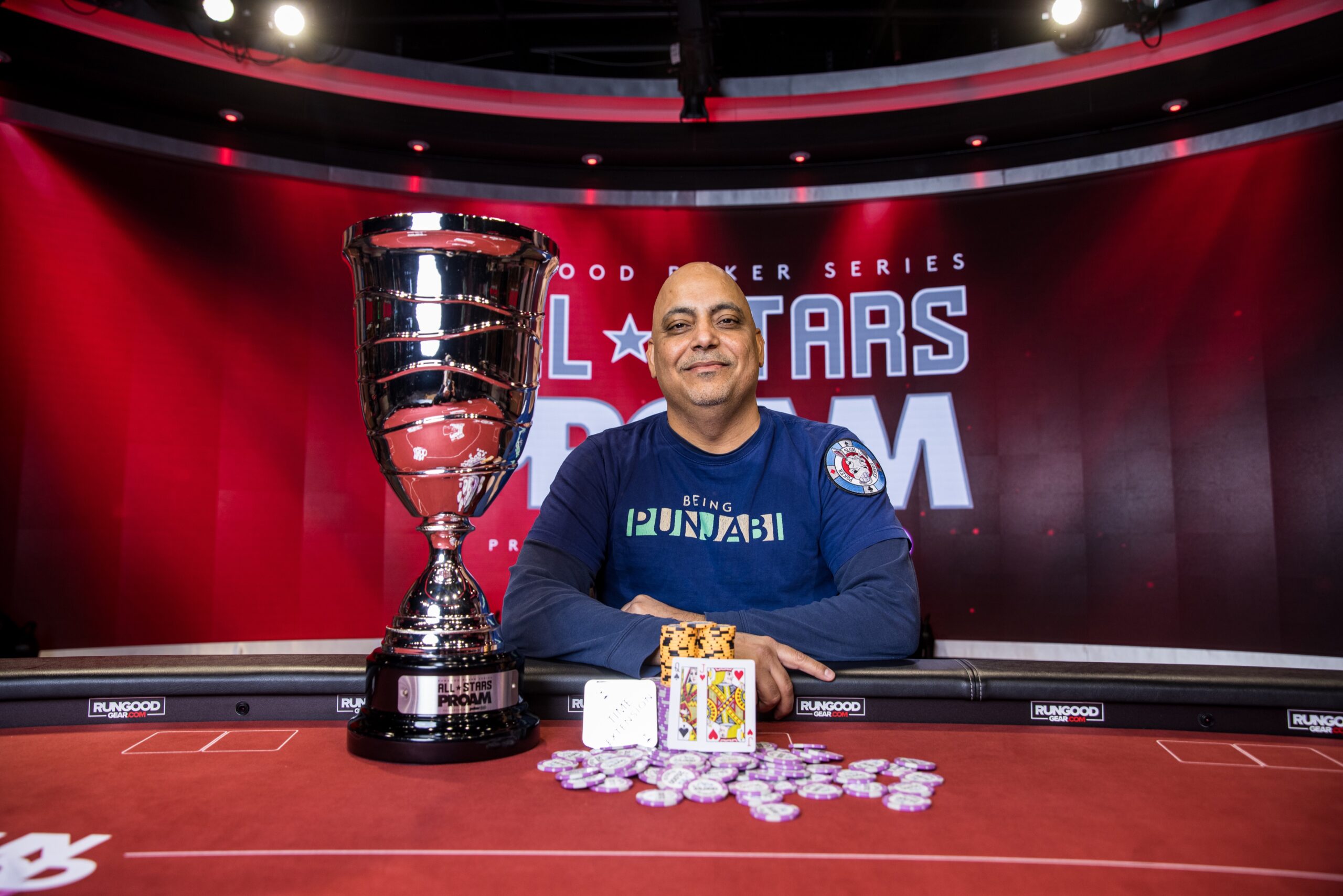 Raminder “Rami” Singh has quite the track record of poker victories. According to the HendonMob.com, Singh is 58-5 when he makes it to heads-up play with his latest victory coming Sunday evening at the PokerGO Studio in Las Vegas. That is where Singh won the inaugural RunGood Poker Series All-Stars ProAM. Singh topped a field of 88 total entries to win the $10,560 first-place prize.

Known as “The Raminator” by his poker friends, Singh is 47 years old and currently resides in Delray Beach, Florida. He won his way to the RGPS All-Stars ProAM by winning the $600 Main Event at the tour’s stop at Seminole Casino Coconut Creek in Florida. Singh was born in New Delhi, India, and has been married for almost 15 years to his wife, Delia. According to him, the two met at a Fourth of July barbeque. Singh was behind her in a food line and the two met, never looking back from there. They have two kids, a daughter, Sonya, and a son, Shawn.

In the end, Singh defeated Danielle Andersen in heads-up play. Singh came into the final day of play second in chips with seven players remaining, behind only Andersen. Singh eliminated Lisa Teebagy in seventh place, Christopher Christian in fifth place, and Brian Frenzel in third place on the way to getting heads up with Andersen. Singh began heads-up play with about a 2-1 chip lead. Although Andersen did double through him once, Singh was able to close out the tournament with a victory and pick up the $10,560 first-place prize.