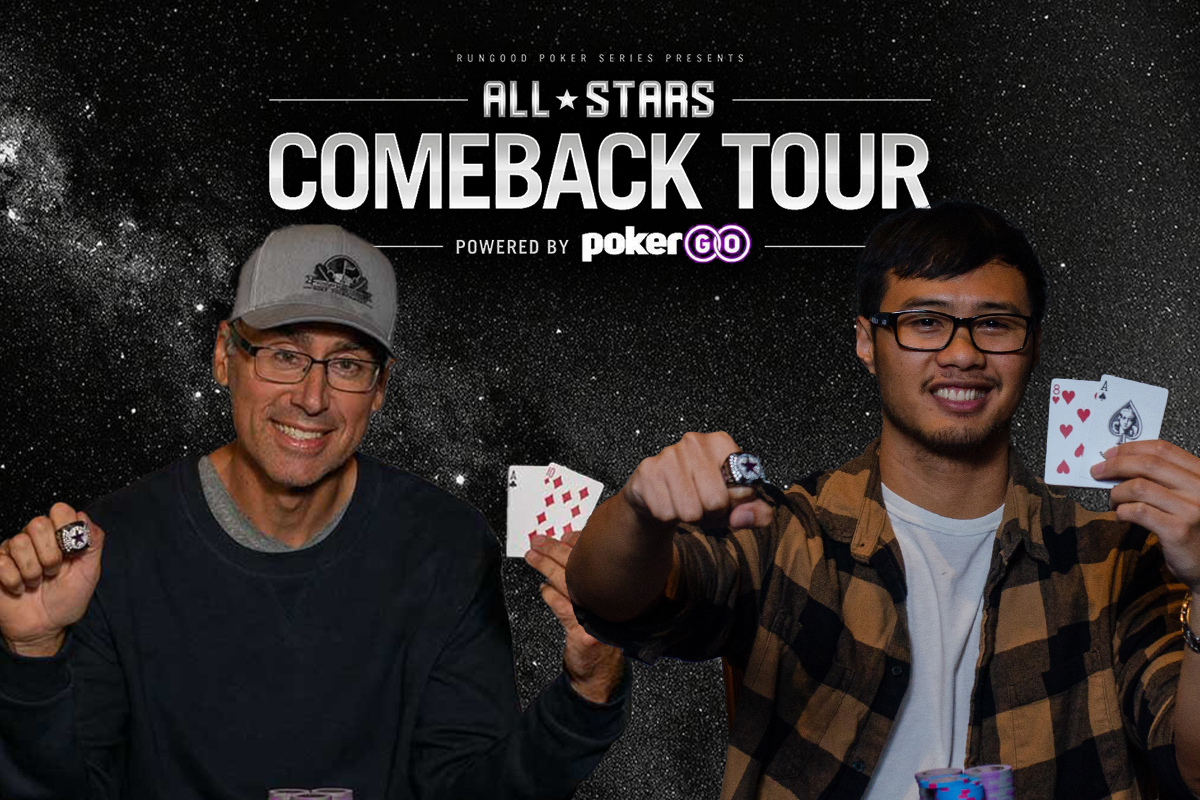 The All-Stars Comeback Tour Powered by PokerGO was at Jamul Casino in San Diego, California, for the last several days and two players walked away with RGPS: All-Stars ProAM seats. Miguel Cardenas picked up his seat by winning the $575 Main Event, and Harvey Alegado won his seat by becoming the Casino Champion.

In the RGPS Jamul Casino $575 Main Event, a field of 425 entries competed for the top prize of $43,070. Cardenas entered Day 2 as one of 96 remaining players. He maneuvered his way into the money and then entered the final table as one of the largest stacks. Cardenas was able to eliminate Nissar Quraishi in sixth place and Alegado in fourth place before he got heads up with Gary Bousquet. When heads-up play began, Cardenas had almost a 3-1 chip lead over Bousquet. Cardenas was able to close the deal from there, winning the tournament and taking home $43,070 in prize money.

With the victory, Cardenas punched his ticket to the RGPS: All-Stars ProAM that will take place at the PokerGO Studio in Las Vegas in December. Joining him in earning a RGPS: All-Stars ProAM seat from this series at Jamul Casino was Alegado, who did so by becoming the series’ Casino Champion. Alegado won the $135 RG Pro Bounty Ring Event for $2,430 and also placed fourth in the $575 Main Event for $13,060.

The next event on the RunGood Poker Series schedule is at Thunder Valley Casino Resort in Lincoln, California, from September 22-26, 2021, where there will be a series of events and two RGPS: All-Stars ProAM seats available to win.