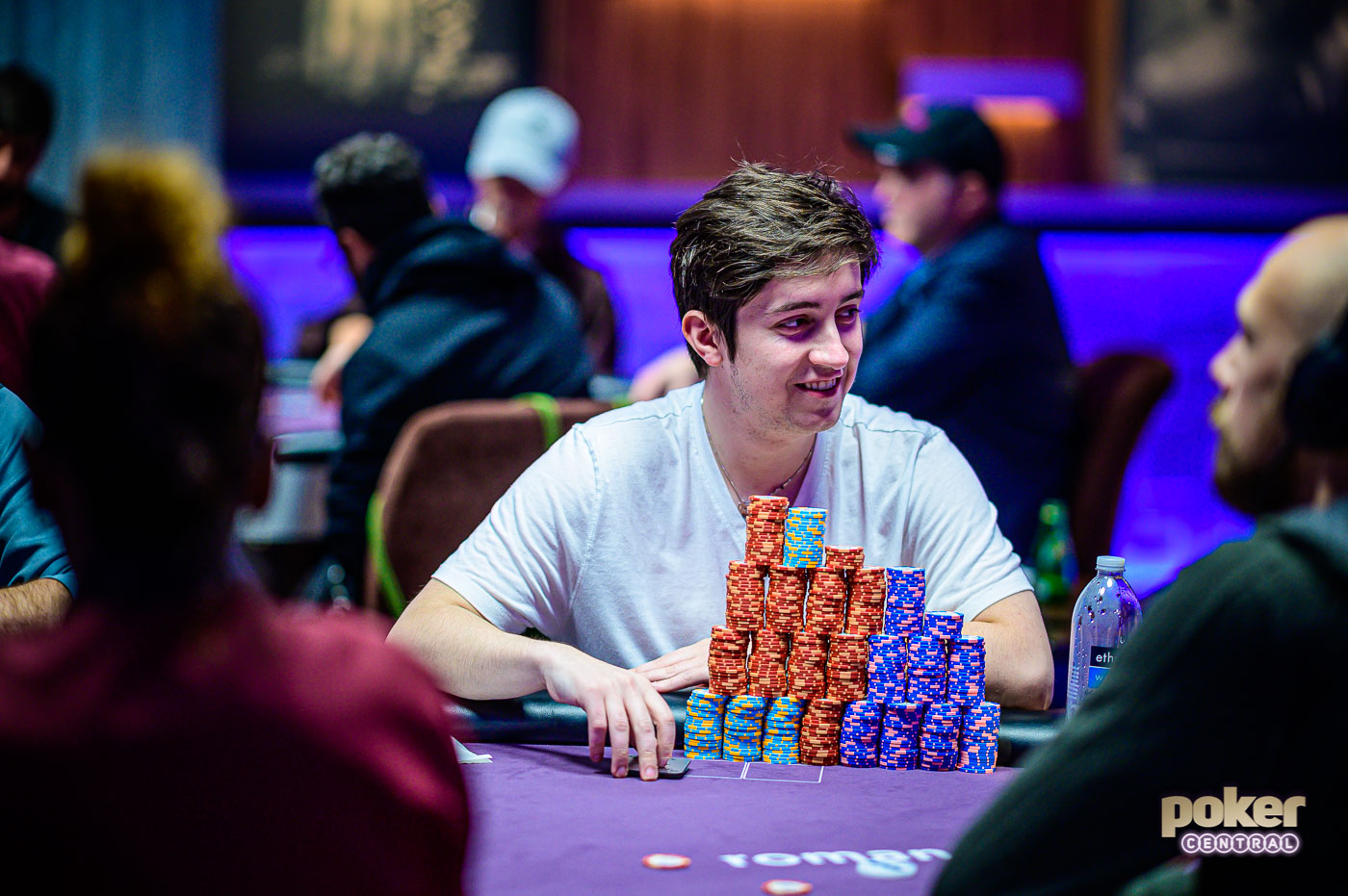 The penultimate event of the 2019 Poker Masters was also the final $25,000 buy-in event of the series as 49 entrants filled out the PokerGO Studio to partake in Event #9: $25,000 No-Limit Hold’em. After 17 full levels of play, it would be defending Poker Masters Purple Jacket winner Ali Imsirovic finishing as chip leader heading into Wednesday’s PokerGO streamed Event #9 final table.

Throughout the day, a total of 25 players would take part in Event #9 with Seth Davies making his debut at the 2019 Poker Masters. The 49-entrant field created a prize pool of $1,225,000 that would pay the final seven players, and after a flurry of late entrants, three tables would be in play once registration closed. The PokerGO Early Action stream would only be on for about an hour as the field was quickly reduced to two tables. Once the final nine was reached, and everyone redrew to the same table, it would be Ben Yu finishing in ninth place to leave the final eight on the money bubble.

Cary Katz did his best to hold on, but after committing holding

, he ran into Kahle Burns’

. Both players flopped a pair, but Katz was unable to improve anymore, and he was eliminated in eighth place and on the money bubble. With the final seven now in the money and needing to lose one more player before play ended for the day, the two shortish stacks in Elio Fox and Sam Soverel both secured doubles. Soverel’s would come at the hands of Alex Foxen, and when he was left with just under four big blinds, he would fall the next hand in seventh place to Burns who outdrew him on the turn to conclude play for the night.

Leading the final six players is Ali Imsirovic with 2,020,000 in chips and with a win in Event #9 can move into third place on the Poker Masters Championship Standings leaderboard with one event to play. Second in chips is Australian Kahle Burns with 1,790,000 in chips. Fresh off winning two WSOP Europe bracelets, Burns has collected two Poker Masters cashes and with a win in Event #9, he can move into second place on the leaderboard.

Third overall is U.S. Poker Open winner David Peters with 710,000 in chips. Peters is collecting his first cash of the Poker Masters. Fourth overall is Elio Fox with 605,000 who has one Poker Masters cash to his name.

Rounding out the final table are Sam Soverel and Sean Winter with 530,000 and 470,000 respectively. Soverel is the current leader in the Poker Masters Championship Standings on the back of his five previous cashes and one win, and he is currently one min-cash ahead of Chance Kornuth in second place. Every ladder up for Soverel will put strengthen his grip on the Poker Masters Purple Jacket as he looks to go back-to-back in Higher Roller Triple Crown Player of the Series titles after winning the British Poker Open Championship. Winter sits in fourth overall on the leaderboard in a points-tie with Burns. Both he and Burns will be looking to gain ground on both Soverel and Kornuth so that a result in the final event could make-or-break the final Poker Masters Championship Standings.