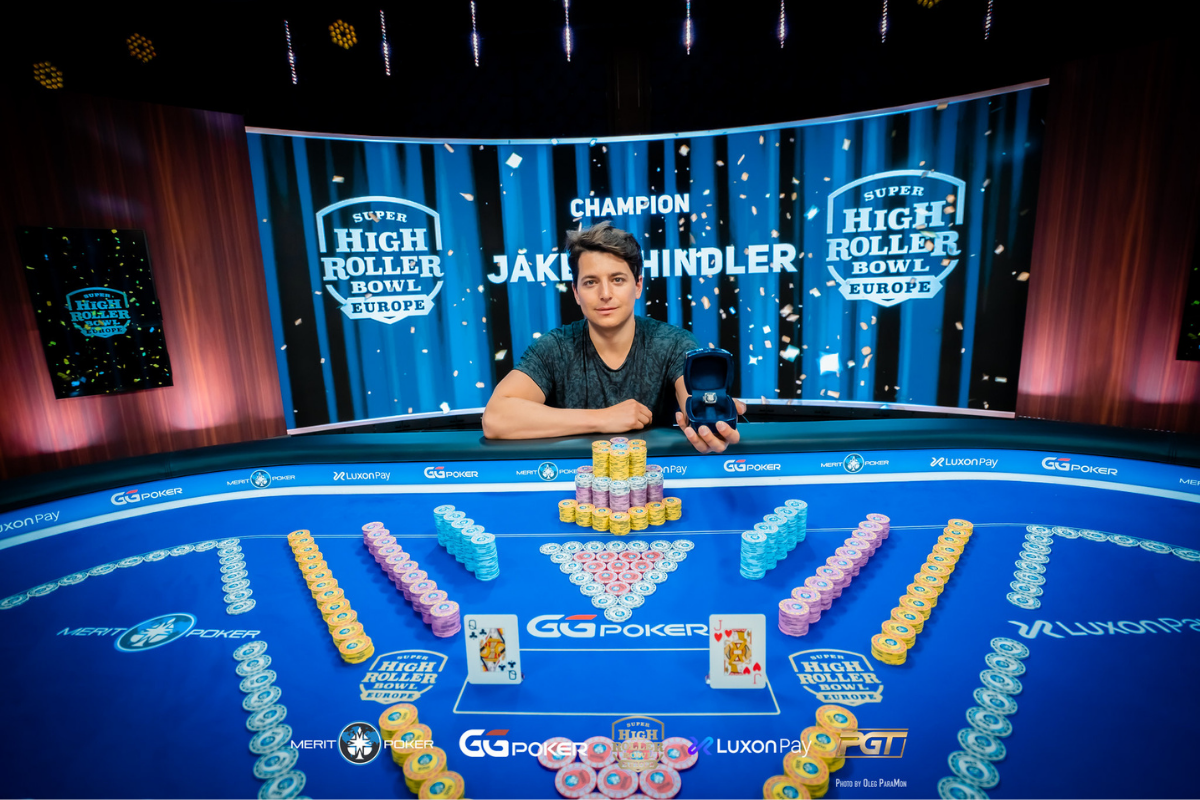 “It’s sweet to get a title in one of these,” Schindler said in victory.

“I came up short against Christoph [last time],” Schindler said. “I made a joke to him earlier when we were walking around, like, ‘Let’s get heads up again.’ It almost happened.”

This result pushes Schindler to more than $30,000,000 in career live tournament earnings, according to HendonMob.com, and it’s his second score worth more than $3,000,000 (the other being the time he finished second to Vogelsang). The score also moved Schindler from 14th to 11th on poker’s all-time money list.

“This has to be the biggest win,” Schindler said of where this victory ranks among all of his other accomplishments in the game.

Schindler’s live tournament cashes go back until 2009, and he’s come quite a long way from playing in tournaments with buy-ins of just a couple hundred dollars. Now, Schindler is a regular at the highest stakes and a regular on the PokerGO Tour (PGT) where he’s competing against the best players in the world in events like this Super High Roller Bowl Europe. Although Schindler isn’t known for showing the most emotion at the table, he’s very happy with how successful he’s become in his poker career.

“It depends when you’d ask me, I guess,” Schindler said of looking back and thinking he’d become this successful in the game. But back at the beginning? No way, you know. Just playing a small WSOP event would have been cool when I was like 15 or 16. So being able to level up is a pretty cool feeling. It feels good.”

“I just tried to play each hand at the time and play my best, think about each situation as they came along,” Schindler said.

Schindler went on to say that he hopes to continue to sharpen his skills in order to keep competing at a high level. He also mentioned wanting to dive into the short deck hold’em realm. Even though he’s never played a short deck event, Schindler said it looks fun and recognized that players get to be more active in the game.