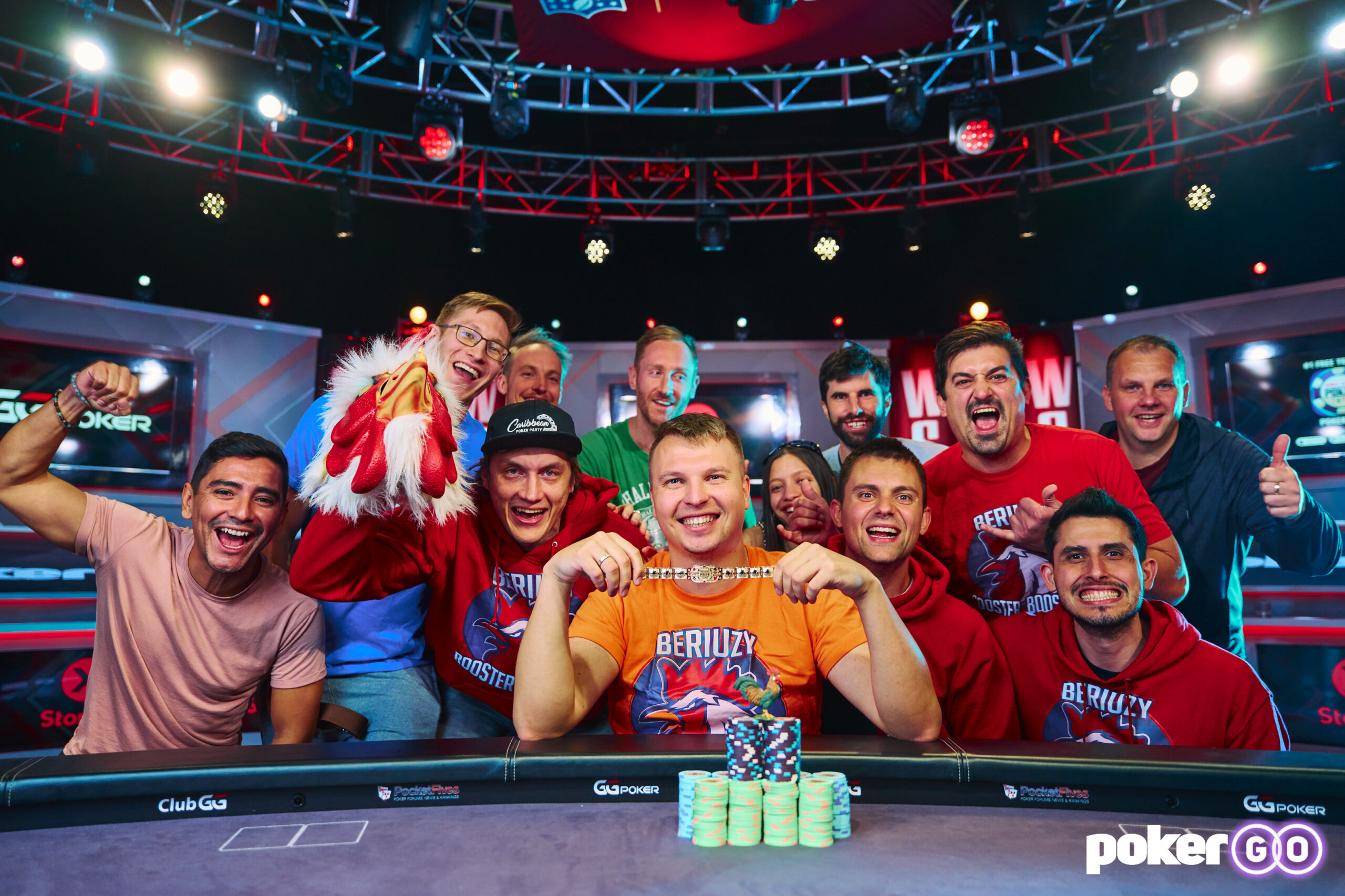 A busy day of action in the World Series of Poker saw Aleks Ponakovs beat Phil Ivey to the gold as he triumphed in the $100,000 Super High Roller event. The Millionaire Maker reached its penultimate day, and four other events made their way closer to their conclusions as Las Vegas played host once again to thrilling poker action and true drama at Bally’s and Paris casinos.

In an addition to the final table schedule, the $100,000 Super High Roller played down to a winner in the Thunderdome as Phil Ivey fell just short of his 11th World Series of Poker bracelet, defeated heads-up by now two-time winner Aleks Ponakovs from Latvia.

The five-handed final table saw five players across three different nations gather under the lights as British pro Ben Heath also got close to the title and bracelet number two.

The $1,500-entry Millionaire Maker has just 24 players left in the hunt for a top prize of $1,125,189 and what will be a first WSOP bracelet for whoever takes the title. Two late eliminations to Michael Mizrachi and James Calderaro meant that of the two dozen who return to play down to the final table tomorrow will contain no former bracelet winners.

With a prize pool of over $10 million, the chip leader when play resumes on the penultimate day of competition will be John Sova, with 15.3 million chips. Jacek Pastula (14,775,000) isn’t far behind the leader, with Alen Tenorio from Brazil not far behind on 12.8 million. With the next player to be eliminated due to win just $43,849 and the winner in line for over $1.1 million and life-changing money, the next day’s play will be vital to determining a winner.

Israel’s Leonid Yanovski (8,700,000) went wire to wire on the penultimate day of play in Event #39, the $3,000-entry PLO 6-Max event. With some excellent players still remaining, Fabian Brandes (6,560,000) and Sean Winter (4,275,000) are closest to the leader with just six players still holding chips at the close of play. With the other three players collectively totally Yanovski’s amount of chips, the chip leader has a great chance of his first WSOP victory.

Elsewhere on Day 3 of the event, all the remaining former bracelet winners busted, with Jason DeWitt (15th), Jan-Peter Jachtmann (14th) and Andriy Lyubovetskiy (9th) all losing their remaining chips to mean we will have another new bracelet winner crowned on Tuesday afternoon.

Deeb, Hastings and Eveslage All Drop in Seven Card Stud

With three players left, Event #40, the Seven Card Stud Hi-Lo 8 or Better Championship, went on hiatus for the night. In a final table packed with drama and lengthy periods where the chips changed hands with momentum-shifting power on a regular basis, three of the most experienced players dropped first.

With the final table of seven players losing six-time WSOP bracelet winner Brian Hastings in seventh place, it was soon Chad Eveslage’s turn to depart, as the former chip leader who has enjoyed a great 2022 WSOP so far, fell at the final table stage without claiming his second gold bracelet of the summer.

Eveslage won his debut bracelet by taking down the 8-Max $25,000 event for $1.4 million earlier in the series, but despite some deep runs, Shaun Deeb’s World Series has not yet hit those heights. Deeb crashed out in fifth place for $83,465, and after Eric Kurtzman followed him in fourth for $110,379, just three players remained.

In Event #43, the $500 No Limit Hold’em Freezeout event, just 202 players survived from the 4,786 who played as a prize pool of over $2 million saw the money bubble burst in Level 17, five levels before the close of play. With a whopping $241,729 top prize on offer along with the WSOP bracelet, it is Italian player Lorenzo Negri who bagged the chip lead on 1,860,000.

Others such as Chino Rheem, Phil Hellmuth, Chance Kornuth and Maria Konnikova were all unable to survive the day.

Long the Face at Top of H.O.R.S.E. Counts

British mixed game player Philip Long leads the final event of the night to close, the 320,000. With Long ahead of the field in the H.O.R.S.E. event by a length from 2022 WSOP bracelet winner Brad Ruben, Day 2 is sure to be a thrilling race to the line as seven levels are due to take place.