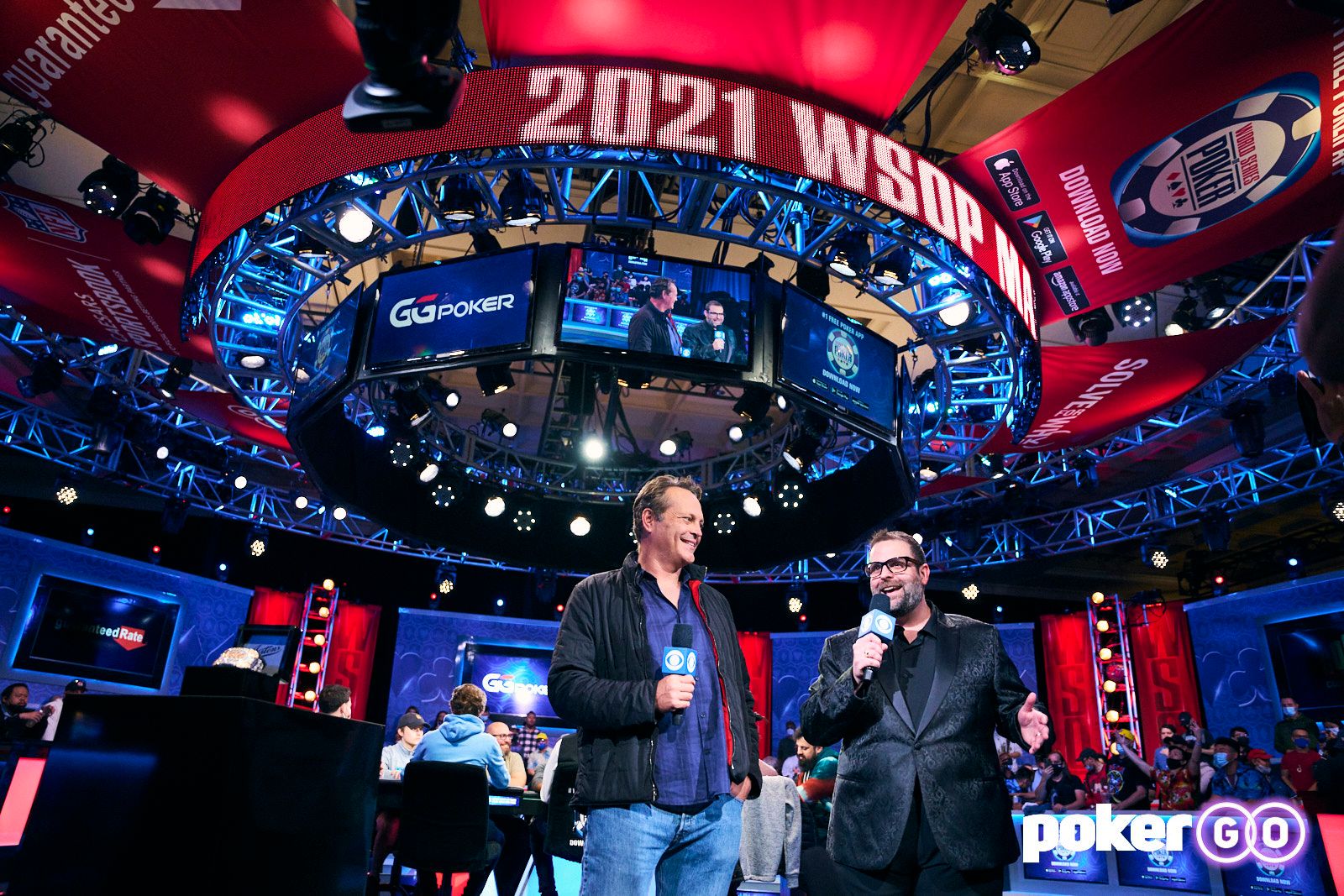 Vince Vaughn gave the infamous 'Shuffle Up and Deal!" to kick off the final table action

A huge day of action at the World Series of Poker saw Day 48 of the series take place, with Koray Aldemir leading from start to finish in the WSOP Main Event as nine turned to three on the penultimate day of the world’s biggest poker tournament.

The final table began with nine players after Hollywood star Vince Vaughn announced “Shuffle up and deal!”, but it wasn’t long before Chase Bianchi became the first player to bust. After Jareth East followed suit soon after, Argentinian DJ Alejandro Lococo made his departure in a spectacular hand where Koray Alademir flopped a full house to grow his chip lead even more.

After former chip leader Hye Park busted in sixth place, it was Turkish player Ozgur Secilmis who busted in fifth place. With the final four players needing one more to bust to reach the last trio of the tournament, Joshua Remitio left in fourth place to see Koray Aldemir bag the biggest stack heading into the final.

With 264 million chips, Aldemir has triple the stack of Jack Oliver and five ties the chips that Holmes does as just one session of poker stands between him and the ultimate poker victory.
You can watch all the action from an amazing day inside the Thunderdome at the Rio right here:

In Event #70, David Moses saw out a spectacular victory in the $888-entry Crazy Eights event, toppling Sejin Park heads-up. Known to friends as the ‘Global Grinch’, Moses would instead be beaming with pride as he posed for pictures with his new WSOP bracelet, something only Park and Georgios Sotiropoulos had previously done at the final table.

In the $10,000-entry Stud Hi-Lo Championship, Brian Hastings won an incredible fifth WSOP bracelet as he denied Ian O’Hara heads-up to prevent the young player from winning his first WSOP gold. With Hastings coming into the final day last of the four in chips, he set about ploughing through the remaining players.

Out in fourth was Scott Seiver, who left for the first six-figure payout of the tournament before overnight chip leader Yuval Bronshtein crashed out in third. Heads-up, O’Hara had a slight lead, but Hastings took his time and slowly got himself into the lead before closing it out in style. In winning bracelet number five, the 33-year-old became only the 29th player in history to do so.

Russian pro Denis Strebkov took down Event #74 to win $117,898 and his second WSOP bracelet as he got the better of Jerry Wong heads-up. With Stebkov holding the chip lead coming into the action, he utilized a massive stack to wield maximum power over his opponents and his momentum helped him close it out with a flush heads-up pivotal to the Russian’s chances.

Having sacrificed his lead once, it wasn’t going to happen again and the redoubtable Strebkov redoubled his efforts, eventually making three eights in PLO8 to clinch the crown and his second bracelet of what is already an impressive poker career.

In Event #76, there was a French winner as Romain Lewis win his first WSOP bracelet by taking down the Super Turbo Bounty event which cost $10,000 to enter. Lewis took down a stacked final table in no time at all as he decimated the dreams of some superstars along the way, such as Dario Sammartino, who finished sixth for $76,442.

With the close call of Stephen Chidwick finishing third for $200,598, Lewis took the title against Indian player Aditya Agarwal heads-up after a superb battle saw the French rail go crazy and the modest professional achieve a lifelong dream.

Renmei Liu leads the field after beginning the day with the biggest stack on Day 2 of the$1,500-entry Freezeout event. With a huge stack of 7.1 million chips, the Canadian Liu holds the advantage over U.S. player Nicholas Hubers (5.6 million) and Brazilian Kaue De Souza (4.5m) heading into the final day. There were exits on the day for David Pham, Mike Watson, Joao Vieira and Tom Koral.

On Day 1 of the $1,500-entry FIFTY STACK event, Ryan Depaulo bagged up the biggest stack as he topped the leaderboard with over 2.7 million chips after an incredible day at the felt. With just 226 players of the 1,501 who entered making the money, only 114 players survived the day.

Tomorrow’s Day 2 will see players battle down to the final table as the top prize of $321,917 looms ever closer and we find out who will have the best shot at winning the latest gold WSOP bracelet.

With others such as Jordan Siegel (200,000) and Max Pescatori (178,500) both making the top 10, others like Allen Kessler, Ryan Riess, Chris Moorman, Shaun Deeb and Adrian Mateos all departed on the opening day of the event.