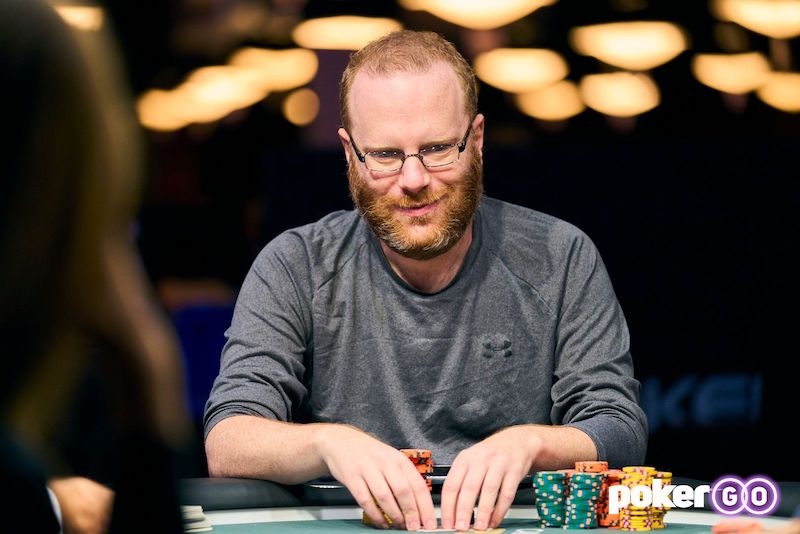 Adam Friedman beat the king of the WSOP to claim his fourth WSOP bracelet at the expense of the Poker Brat.

The $10,000-entry Dealer’s Choice Six-Handed Event #36 saw Phil Hellmuth just miss out on glory as the 16-time WSOP bracelet holder fell at the last to Adam Friedman, who went back-to-back in the event and won yet another bracelet.

With players such as Daniel Negreanu and Mike Matusow busting in 9th and 5th place respectively, Phil Hellmuth and Adam Friedman were on a collision course for the bracelet and so it proved as the action played out live on PokerGO.

Michael Addamo managed to turn an incredible Day 1 into an amazing Day 2 as the Australian high roller dominated the action at the felt to head into the final day as a huge chip leader with just five players remaining in the WSOP Event #38, the $50,000 NLHE High Roller event.

Stacking up over 11 million chips by the close of play, Addamo has more than double the chips of any of his four opponents and almost as much as them all combined upon reaching the final day. With Addamo starting the day with a big lead, he had grown his stack to 6.8 million by the time the final day began, with only Erik Seidel looking like he might be able to keep up with the Aussie.

Nine players made the final table, but German Leonard Maue had barely taken his seat before he was on the rail. Losing out to Bin Weng’s pocket kings, Maue was the first of four eliminations to come as the final table was cut in half before chips reached bags.

Italian poker professional Mustapha Kanit busted in eighth place for a payday worth $126,141 before Sam Soverel – master of high stakes tournaments as seen so many times before, was eliminated in seventh place for $157,666.

Soverel’s exit in particular was painful, with his pocket tens all-in and at risk to Seidel’s ace-king. The flop had a ten, but also cards that gave Seidel a Broadway straight draw, which came in on the turn to send play six-handed, with one more bust-out to come before play concluded for the day.

With everyone pushing to survive, Addamo was able to make chips from his position as chip leader and while Bin Weng’s bust out in sixth place was pivotal to ending the night, Addamo’s stack was growing right up until that moment, with Justin Bonomo’s elimination of Weng to send him home in sixth for $202,236 coming as a fine conclusion to a day of drama at the felt.

Event #39 saw 14 hours of play bring 821 entries down to just 58 players in seats by the close of one of the longest Day 1s of the 2021 World Series so far. Josh Arieh led the remaining field after those levels were complete, piling up exactly 1 million chips to lead from Robert Blair (852,000) and Ryan Leng (847,000) at the top of the leaderboard.