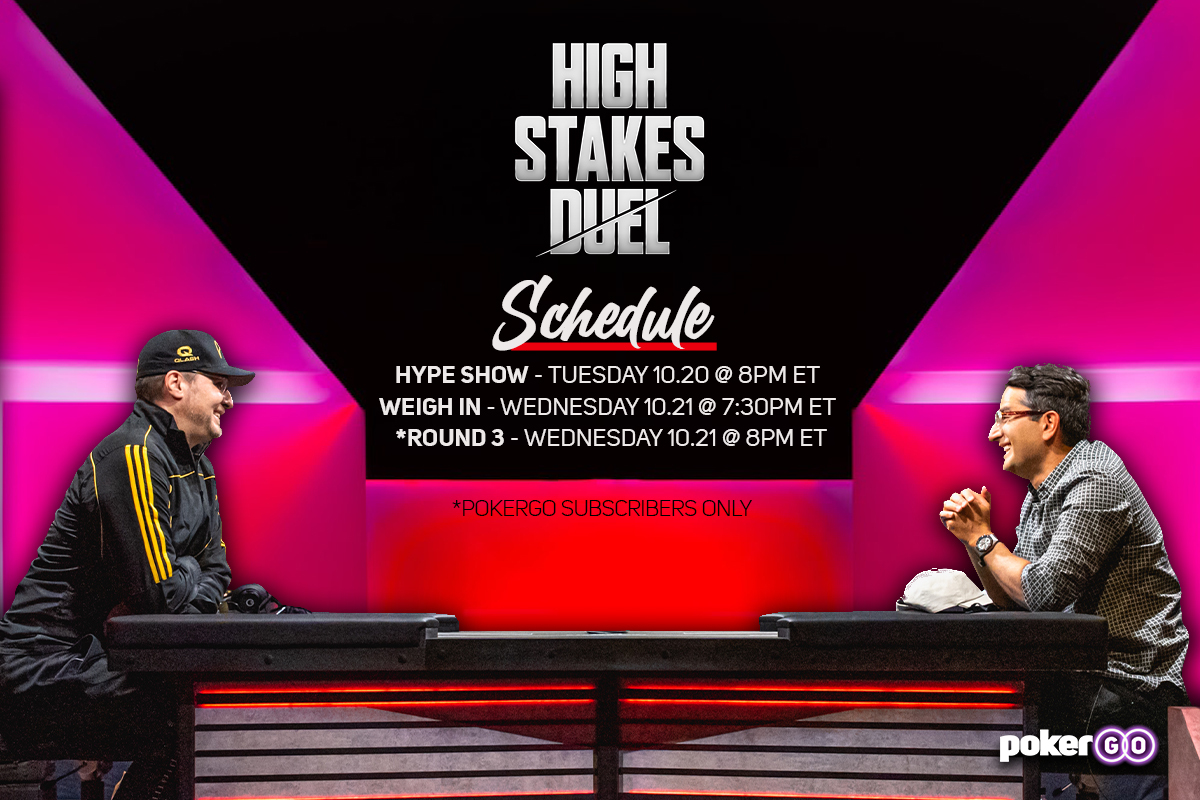 Phil Hellmuth and Antonio Esfandiari face-off for $400,000 in High Stakes Duel | Round 3 on Wednesday, October 21, at 8 p.m. ET exclusively on PokerGO.

For the first time, viewers will be treated to three different shows across the PokerGO platforms on both Tuesday and Wednesday.

Tuesday will see the premiere of The Hype Show that will see commentators Ali Nejad and Nick Schulman discussing everything about the upcoming $400,000 match between Hellmuth and Esfandiari. The show will be available on PokerGO’s YouTube channel and Facebook page on Tuesday, October 20, at 8 p.m. ET.

Use code “DUEL” for $10 off any PokerGO subscription now!

“We have a great rivalry, it’s been a lot of fun. He’s just a great player,” Hellmuth said about him and Esfandiari’s poker rivalry. “My usual tricks don’t work against him. Everybody when they play heads-up, plays wrong, and that leads to a lot of easy victories for me. But he already improved.”

If Hellmuth manages to secure his third consecutive victory over Esfandiari, he will lock up the $400,000 prize pool and have the option to cash out and put an end to Season 1. If Esfandiari finds a win, Hellmuth will have to decide if he wants to challenge him in Round 4 and see the stakes double to $400,000!

The only way to find out is to watch High Stakes Duel exclusively on PokerGO on Wednesday, October 21, at 8 p.m. ET.