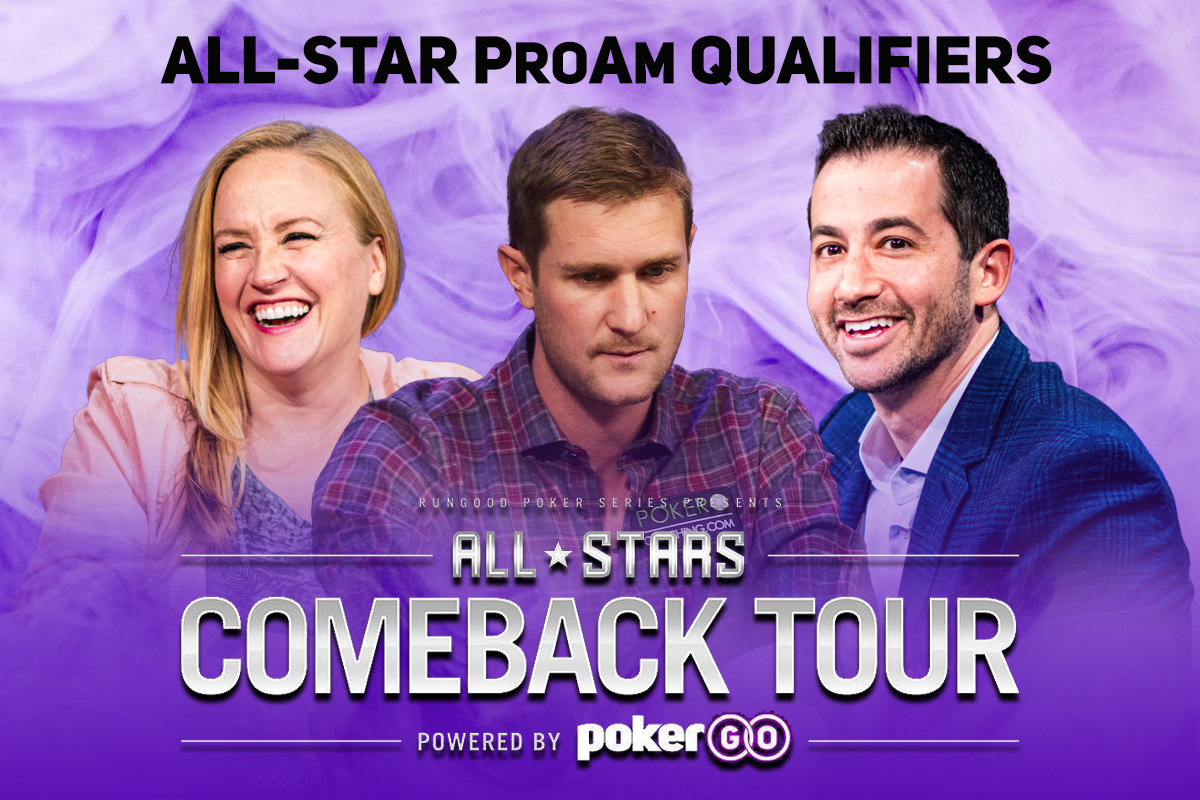 The newly revamped “All-Stars Comeback Tour Powered by PokerGO” season will award tournament seats to the 64-player capped RGPS: All-Stars ProAM to be held in the PokerGO Studio in December. Part of the field will qualify through the tour, while the remaining spots will be filled by invitees of PokerGO and RunGood that include poker professionals, industry personalities, and celebrities.

Each stop will award two $550 seats into the end-of-the-year RGPS: All-Stars ProAM – one to the Main Event winner and the other to the Casino Champion Points winner.

With 64 seats into the RGPS: All-Stars ProAN available, a total of 19 seats have already been locked up. Jamie Kerstetter and Jeff Platt are two of the RGPS: All-Stars ProAM Tour seat qualifiers, while celebrity invitations have been awarded to Survivor’s Robert Mariano and Tyson Apostol, YouTube’s Brad Owen, Twitch streamer Gernader Jake, and 2003 WSOP Main Event champion Chris Moneymaker.

For players wanting to qualify into the RGPS: All-Stars ProAM, three stops have been announced for the 2021 season so far:

“The excitement of coming back to the felt and getting to finish what we started one year ago has the office buzzing. The landscape may have changed but the heart and soul of the tour remain the same, said Tana Karn, president of RunGoodGear.com, owner of the RunGood Poker Series. “Let’s finish what we started.”

Detailed schedules for each stop currently under contract are available online. Players can look forward to the delivery of a big stage feel for an affordable buy-in once again. Further details can be found on the RunGood Poker Series website.

Throughout the year, Poker Central will provide updates on the All-Stars Comeback Tour season including upcoming stops, and a list of qualifiers for the RGPS: All-Stars ProAM that will be held at the PokerGO Studio in December.