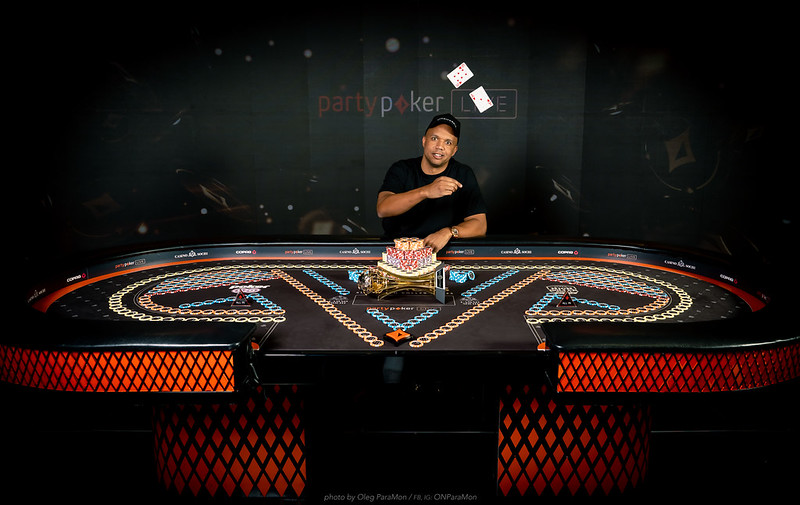 Phil Ivey has once again backed up his reputation as one of the best in the business with a victory in Event #7 $50,000 Short Deck in Sochi, beating a total field of 55 to take home the last trophy available at the partypoker LIVE MILLIONS Super High Roller Series.  His $856,050 first prize bumps his all-time winnings to $30 million across multiple poker disciplines, proving that though he may not be the constant fixture on the live tournament scene he has been in the past, snatching a title from one of the greats of the game is no easy feat.

Five finalists attempted to do just that today, and not one inch was given without a fight.  Though the Short Deck format has a reputation for being fast and furious, the battle to a winner took five hours and involved the chip lead changing hands multiple times.  Ivey started out second in chips to eventual runner up Michael Soyza, who was responsible for the first elimination of the day, that of Sam Greenwood in 6th ($160,510).  Greenwood, no slouch on the all-time money list himself with $22 million in cashes before his trip to Russia, came 3rd in Event #5 (also a $50,000 Short Deck) in which Ivey finished runner up to Wai Kin Yong.

While Wai Kiat Lee got involved early to good effect (eventually taking the chip lead, however briefly), Sergi Reixach did not receive such a start.  He lost half his stack fairly early on after doubling short stack Seth Davies whose ace-queen overtook his ace-king suited on the river (all in preflop).  Getting no traction on flops thereafter, Reixach was again unlucky with a dominating ace to bust in 5th ($214,000).  Ivey was his executioner, taking a fortunate rivered full house (ace-ten vs. ace-queen, again all in preflop) and putting the chips to use straight away.

While the top stacks tangled, there was a period during which none of them seemed to want to take on Davies, who kept his short stack level with timely committing-sized raises that received no callers – for a while.  One showdown was all it took (he raised almost half his stack with ace-seven suited, then had to call off the rest when Soyza set him in with ace-queen offsuit) and Davies was out in fourth place, taking home $267,520.

Having been fairly quiet since his early flurry of pots, Lee now won hand after hand, taking his turn as chip leader at the expense, mainly, of Soyza.  His view from the top was short-lived, however, as he soon lost a huge pot to the eventual winner, setting him in with ace-high when Ivey had flopped a full house.  Lee was eliminated in third place and won $374,520.

The theme of lead-swapping was to continue right to the end, with Soyza battling back every time it seemed that Ivey was running away with it.  The pair of them traded big bluffs and cagey periods until finally the ante pressure on their stacks meant that something had to give.  The biggest pot of the tournament involved Soyza trying to close out the final, setting Ivey all in with middle pair on a two heart flop; Ivey called with king-queen of hearts and spiked a flush to send Soyza’s stack to a point from which it could not recover.

Soyza had notably finished on the bubble in yesterday’s Event #6 $100,000 No Limit Hold’em still smiling after a tough beat; fortune came back round, rewarding him with $561,780 for his runner up spot here.  Ivey, with nothing to prove but having fought hard for the title, delighted fans on the livestream with his return to form.

Tomorrow coverage switches to the $250,000 buy-in Super High Roller Bowl (live reporting from Day 1 here).  Day 2 will feature live streaming on PokerGO from the start (8am EDT/3pm local time) with coverage of the outer tables keeping pace with the delay right here on Poker Central.