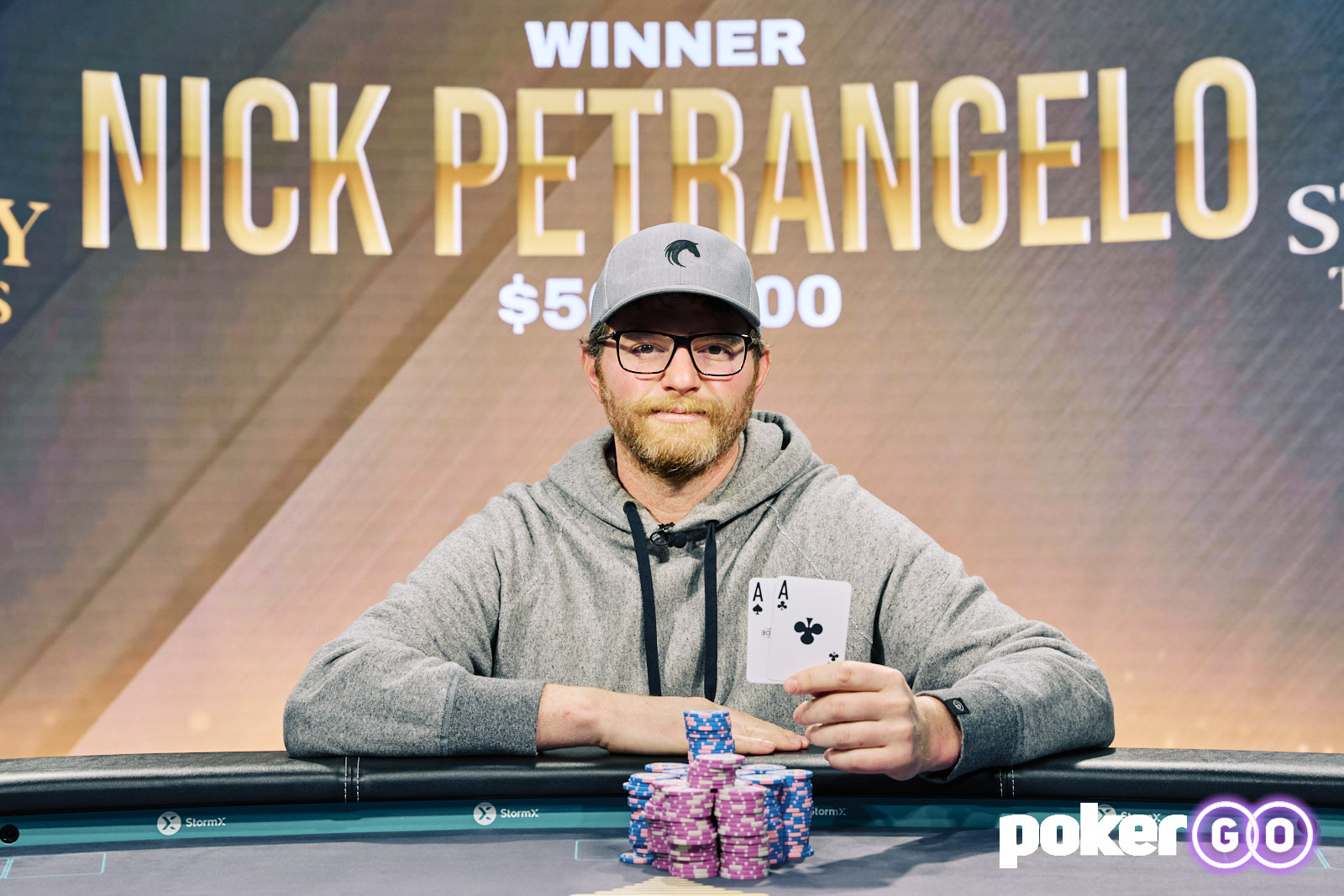 The third time is the charm for Nick Petrangelo at the 2022 Stairway To Millions. Petrangelo was at his third final table of the series on Wednesday. This time, he came out on top, winning Event #7: $50,000 NL Hold’em for $567,000.

With the win, Petrangelo moved to the top of the 2022 PokerGO Tour leaderboard.

Back in Level 4 on Day 1, Nick Petrangelo made trips against Chris Brewer to double his chip stack. Brewer quickly doubled back through Petrangelo, but then Petrangelo eliminated Stephen Chidwick to get some chips back. After that, Jason Koon won a big pot off Petrangelo to knock Petrangelo to under 100,000 in chips.

When the tournament was down to the final nine players and they joined at a single table, Petrangelo was the shortest stack. He found another double up through Koon and then busted Jake Schindler in eighth place.

After that, Petrangelo knocked out Sean Perry in sixth place and Bill Klein in seventh place on the same hand. Petrangelo’s ace-king went up against Perry’s pocket tens and Klein’s ace-three. A king hit the flop and Petrangelo held from there.

Ali Imsirovic busted Koon in fifth place and Anuj Agarwal in fourth place to end play for Day 1. When play ended, three players remained with Imsirovic on top. Petrangelo was in second and Chris Brewer was third.

On Day 2, Petrangelo made quick work of Brewer. Brewer was all in with jack-ten against Petrangelo’s pocket fives. Petrangelo turned a full house and left Brewer drawing dead.

Imsirovic entered heads-up play with the chip lead and began to extend the gap. Petrangelo fell below 500,000 in chips before he doubled through Imsirovic. After that, Petrangelo shoved the turn of a jack-four-two-three board with ace-four and Imsirovic was forced to fold his king-eight, which moved Petrangelo into the chip lead.

Eventually, Imsirovic found ace-nine in the big blind and shoved over a button raise from Petrangelo. Petrangelo had two aces and quickly called. No help came for Imsirovic and he was out in second place.