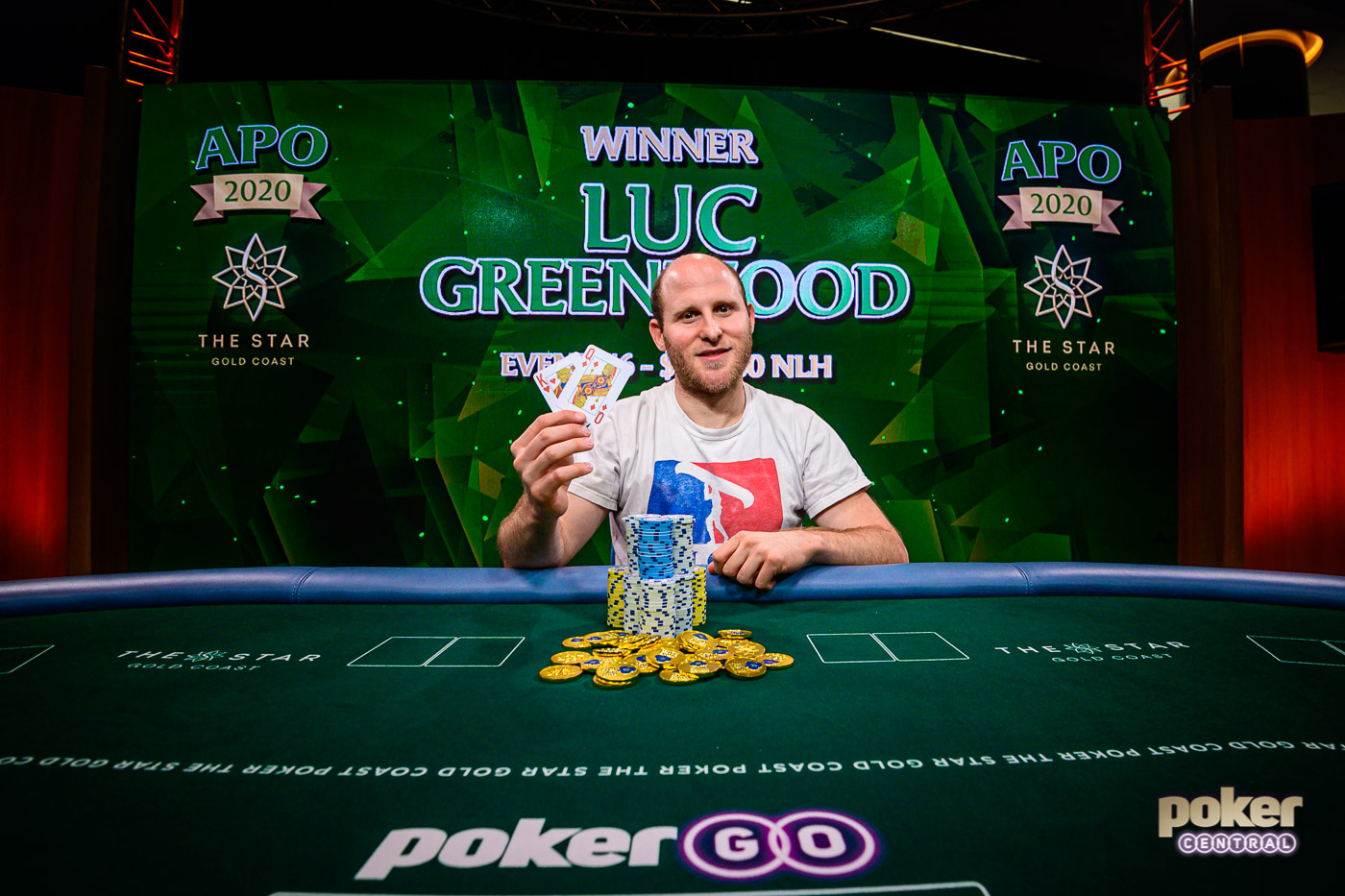 Canadian pro Luc Greenwood took down the biggest first prize of the week so far by winning Event #6 of the Australian Poker Open for $700,000! At this final table, Hungarian Andras Nemeth collected enough points in the Championship race to leave himself with five remaining challengers for the $50,000 top prize.

“This feels great!” Luc Greenwood, almost with a sigh of relief, said after taking down this event.

“I was having a really rough trip to Australia so far with only one min cash so far. This was a tough field and a big battle, and even though it looked like I was gonna run away with it three-handed, I really had to fight for it and I’m glad that I won. I think I played quite well overall.”

Luc Greenwood came out swinging by running a big bluff versus chip leader Chino Rheem right off the bat to set the tone for this final table. Michael Addamo became the first player to get knocked out when he got it all in with the nut flush draw against Greenwood’s top pair.

Chino Rheem started the day as the chip leader but nothing went his way at the final table. Rheem busted out in fourth place when he shoves ace-deuce over top of Luc Greenwood’s raise with ace-jack. This hand put Greenwood firmly in the lead with just three players remaining.

Current Australian Poker Open Championship leader Andras Nemeth was knocked out in third place. Nemeth showed king-jack of diamonds up against Greenwood’s eight-five of diamonds. The flop gave Nemeth a pair but Greenwood picked up a gutshot straight who improved to a double gutter on the turn. The river brought a six and the tournament was down to its final two players.

Mikita Badziakouski was unable to overcome the big chip disadvantage as the Belorussian shoved jack-three into Greenwood’s king-queen of diamonds.

When asked about what drives him to perform at the highest level, Greenwood alluded to his passion for the game first and foremost.

“I really love the game and I just try to play my best every single day, even if it’s just for small stakes online. I always try to focus on how well I played versus how much money I won or lost. If you’re playing poker professionally, it’s more important that you really enjoy the game no matter what stakes you’re playing for rather than getting just excited about the money.”

Coming into the final event, only the Top 5 still has a chance to win the Australian Poker Open with Andras Nemeth holding a comfortable lead over the rest of the field.