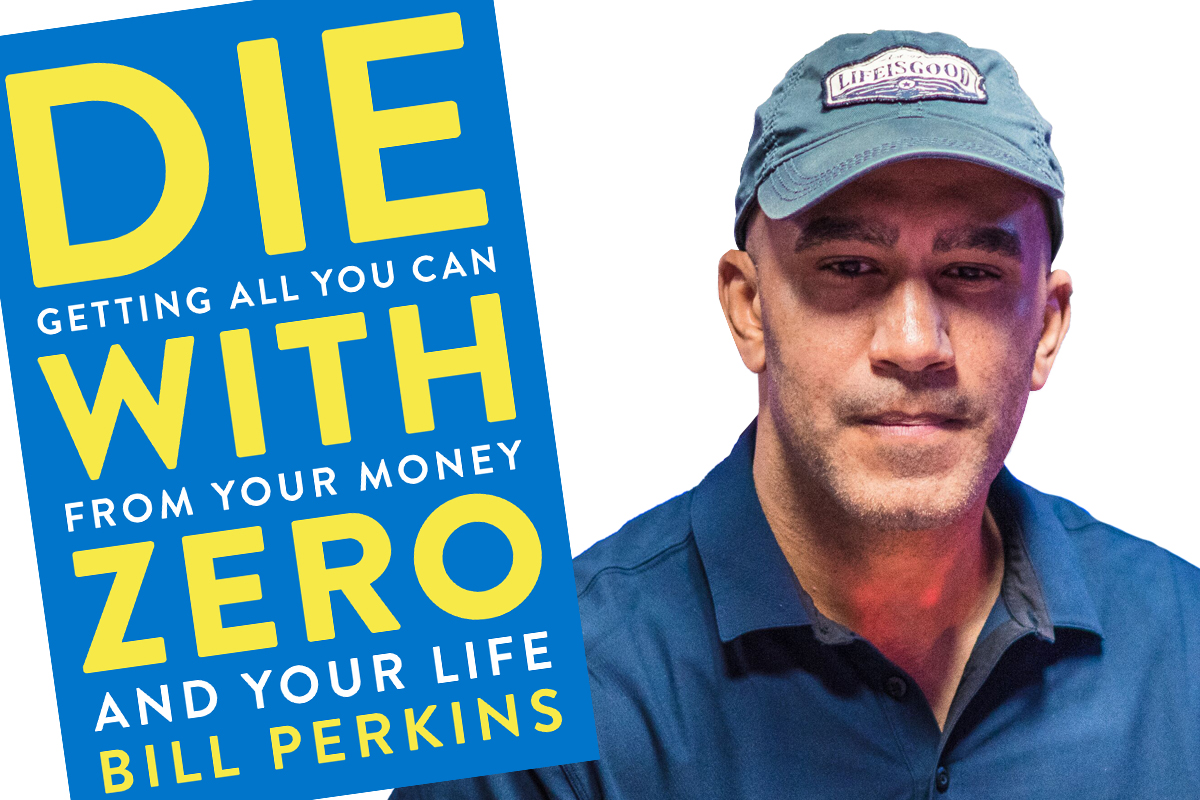 Bill Perkins is set to release his first book "Die With Zero."

If you’re wondering ‘How did Bill Perkins get rich?’ then the answer is a long, long way from the Caribbean Seas where he lives and entertains with his Streamboat endeavor on Twitch. In his latest book, ‘Die With Zero’, Perkins attempts to tell people how he made his life successful and show them how to value time higher than money.

The premise for Perkins’ book is quite simple. It jumps off the springboard of looking at life not as a constant workload we shoulder to save money for a retirement we can’t enjoy, but instead a trade-off we make throughout our lives to instead ‘die with zero’ and get the value out of life while we can enjoy it.

Flipping the concept of saving money on its head, the book is a great antidote to much of modern practical advice which protects your money for the future at the expense of now, and Perkins attitude – having made his money in life early – is that he wants to enjoy it while he can.

What could be whimsy is nothing of the sort, as Die with Zero breaks down the practical plans you’ll need (and quite possibly want by the end of the book) for optimizing your life at every stage, and develops ideas such as your ‘net worth curve’, and ‘personal interest rate’.

Perkins’ book has been put together meticulously with well-researched help from a variety of sources, but, as we discover in this archive podcast interview he conducted with Remko Rinkema, the clues to Perkins’ incisive, embracing personality were always there in his past.

Bill Perkins’ upbringing in New York is the subject of this week’s podcast digest, where we go back in time two years to hear about the origin of the hugely-popular poker player who mixes the high roller tournament with managing hedge funds at the very highest level.

Raised in Jersey City, Perkins was four miles from the Statue of Liberty. His appetite for human interaction goes right back to streets that could, at times, be as mean as they were inspiring.

“New York City is a massively multicultural city,” says Perkins, reflecting on his teenage years. “Around the corner was the ghetto, yet you could turn a corner and see people from all walks of life.”

Perkins got a free baptism in the beauty of human interaction and how a diverse culture breeds a greater understanding of our fellow man.

“There were refugees from the Vietnam war there when I was young. There were Christians, Jewish, Muslims. You’d walk down the street and you might hear six different languages being spoken. That type of exposure and learning gave me a better ability to understand and interact with people.”

Perkins called the experience a way of reducing his biases. The city afforded him that remedy through interactions and it gave him something else too – a natural streak of rebellion against conformity.

“I never drank a lick of alcohol until I was 21. One of the things I was lucky to see was the end result [of drinking]. I thought ‘I don’t want to be that guy.’ On top of that, my Dad was going to break me… and he seemed to always know everything. I took a certain pride in resisting peer pressure. That was my form of individualistic rebellion. I didn’t want the cookie-cutter life.”

A LIFE FILLED WITH SUCCESS

Flash forward a quarter of a century and Bill Perkins is one of the most successful hedge fund managers in America, but he is so much more. The father of two has developed as a poker player who would play many tournaments to one who picks and chooses the best tournaments to play… and wins at them.

Recently, Perkins’ latest venture is to bring some of the secrets of his lifestyle to print, as he releases his book ‘Die With Zero’ in May 2020.

He even has a neat initiative in place to offer players who pre-order it quickly into a $50,000 freeroll. No, really.

#Poker peeps do you think a free roll 50k tourney for the first 1k pre orders of my book Die with Zero is a good promotion?

Perkins’ attitude to life has been the same as his spirit at the poker table. It’s one of expression, interaction and freedom.

With his own rich life experiences the backdrop for the answers to the questions many readers will have about his gregarious and generous lifestyle, Bill Perkins new book will, like his life at the poker table and away from it, show you that, in his case, the rebel has always had a cause.

The podcast interview is available to listen to in full. Watch Bill Perkins play on PokerGO as he was featured on the Super High Roller Cash Game with a minimum buy-in of $250,000. New to PokerGO? Subscribe right now.