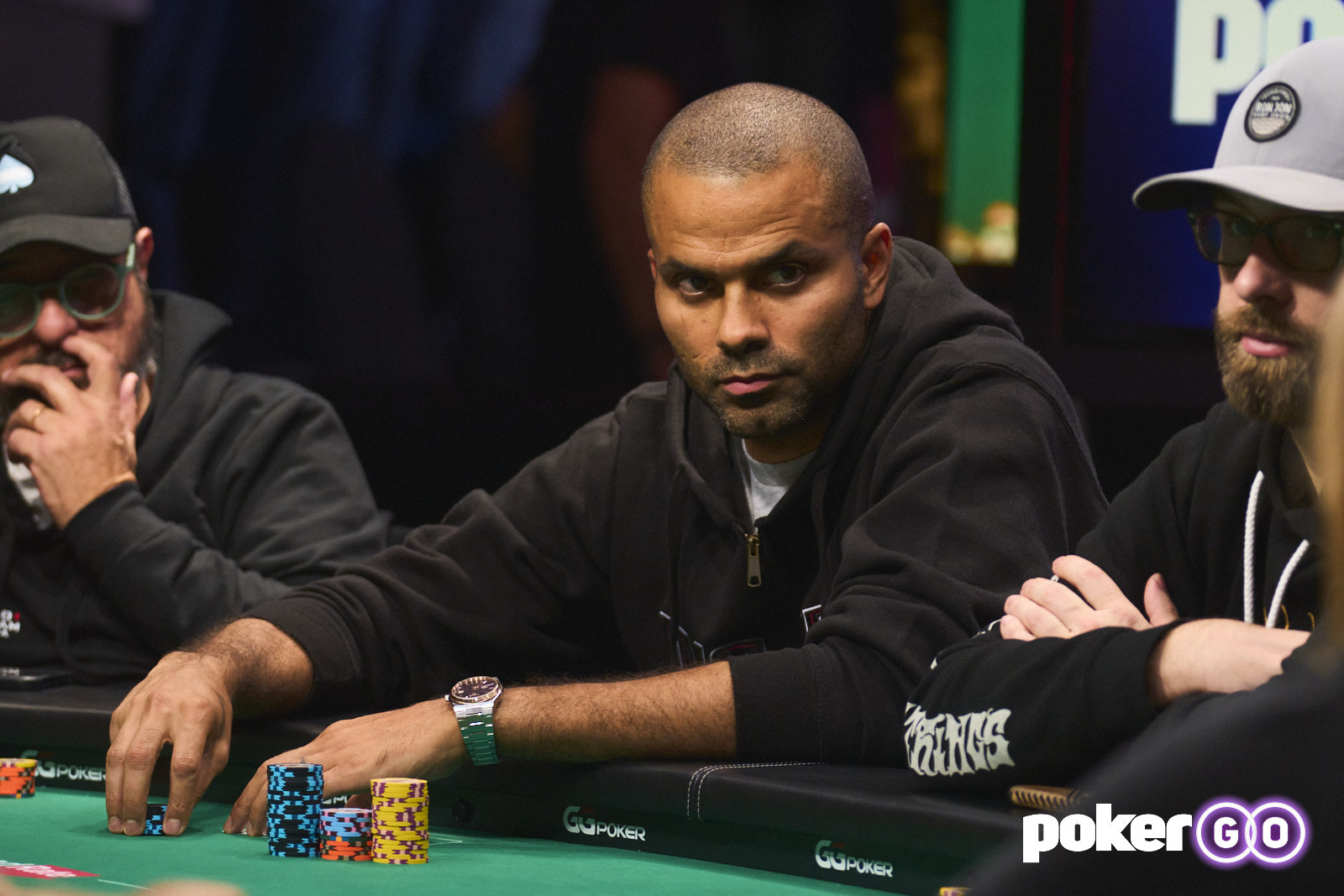 Every year, the World Series of Poker Main Event attracts a wide variety of poker players from across the globe, including celebrities and well-known athletes. This year, four-time NBA champion Tony Parker was in the mix on Day 1b of the 2021 WSOP Main Event.

“I just love the game, and now that I’m retired I’ve got more time,” Parker told PokerGO’s Jeff Platt. “I’ve been playing for 20 years and I always said to myself that I wanted to at least have the experience and play in the Main Event. I did a tournament in San Antonio five months ago. It was like 350 people and I won the tournament to qualify for the Main Event.”

Parker’s 2021 WSOP Main Event was short-lived, though. The 2007 NBA Finals MVP found himself all in with king-queen against Ashly Butler’s ace-king.

The nine-four-two flop did nothing for Parker, but a jack on the turn did give him some additional outs with an inside straight draw. The river was another nine to pair the board and that eliminated Parker from the competition.

Four-time NBA Champion and @Spurs legend @tonyparker took his shot in the @WSOP Main Event yesterday but things didn't go his way. We hope to see you at the tables in 2022, Tony! pic.twitter.com/b0PEfcOvUm