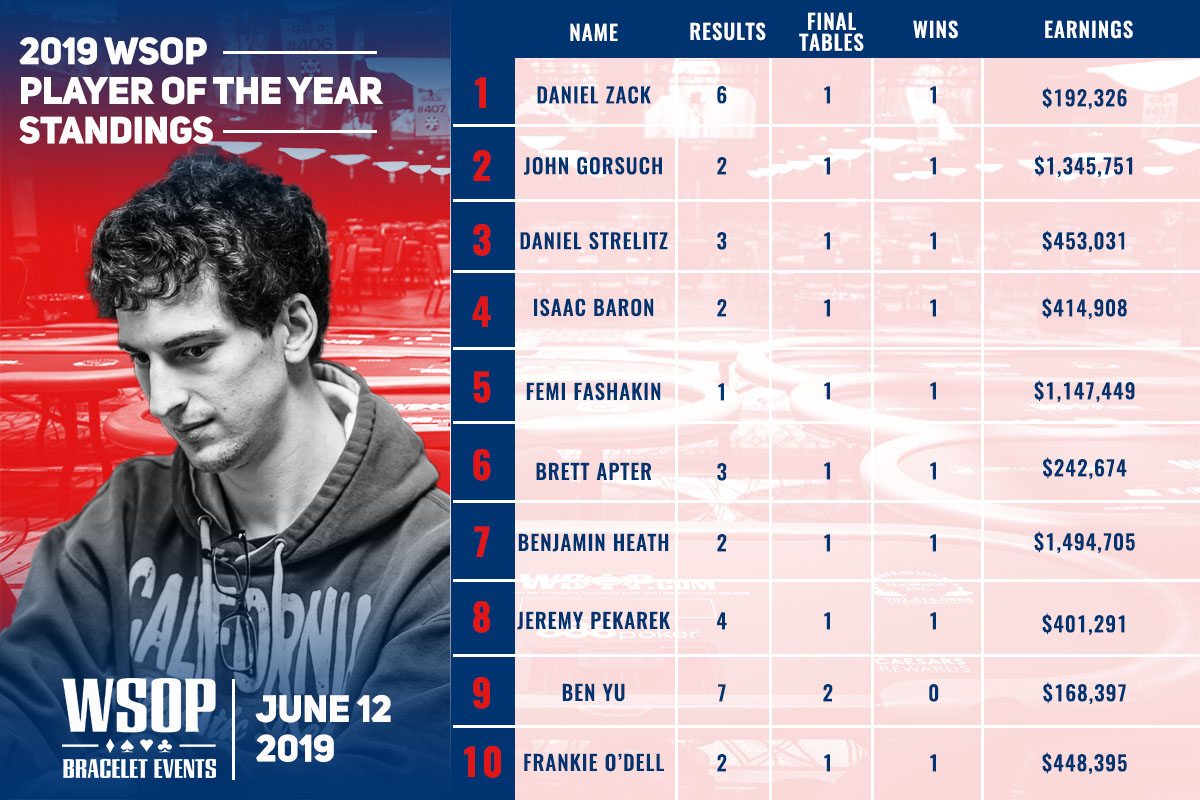 Dan Zack maintains his Player of the Year lead with 25 bracelet events in the books.

The 2019 World Series of Poker has handed out 25 gold bracelets to date and so far it’s American youngster Dan Zack who holds a decent lead over the rest of the pack. Zack started out his summer strong with a bracelet win in the $2,500 Mixed Triple Draw event along with five other results to bring his point total to just shy of 2,000.

The Biggest Winners Will Fade

The current Top 10 features all three players that took down the three biggest prizes to date. The chances of any of these three players to truly contend for Player of the Year honors is highly unlikely as they don’t compete in the crucial mixed game tournaments.

John ‘Cowboys’ Gorsuch took down the Millionaire Maker last night after beating a field of 8,809 entries to collect a massive payday of $1,344,930 and that one result puts him in second place. Femi Fashakin won the biggest tournament in poker history, collecting $1,147,449 after a $500 investment in the Big 50 after battling his way through a field of 28,371 entries. Lastly, Ben Heath places seventh on the current standings after winning the $50,000 High Roller for $1,484,085.

Of the entire Top 10 only two top contenders emerge as the current leader, Dan Zack, and Ben Yu, in ninth place, are expected to play a full schedule going forward and compete for this crown until the very end. Going further down the list, here are some more well-rounded players that have been racking up points in the first two weeks.