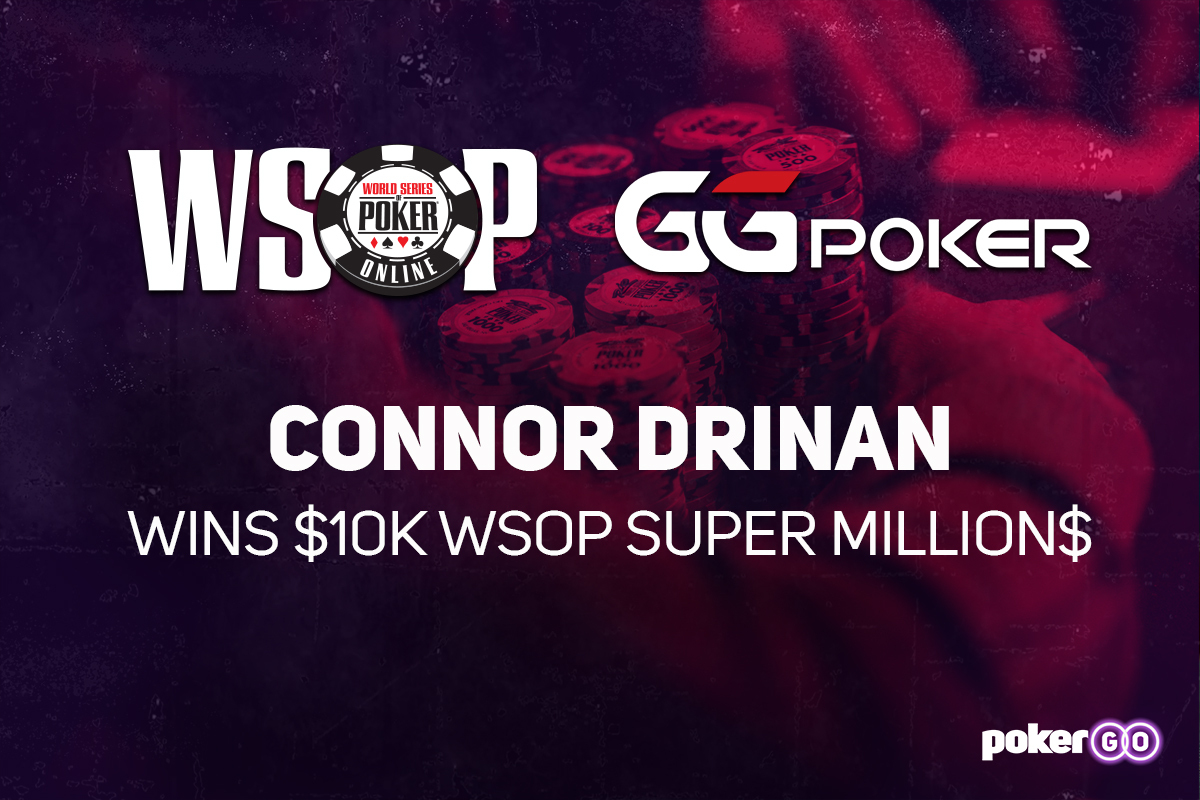 The 2020 World Series of Poker Online on GGPoker concluded on Tuesday with the final event playing out. Event #83: $10,000 WSOP Super MILLION$ reached a final table on Sunday, after a day off, the final nine players returned to play down to a winner. American Connor Drinan broke through to win his first WSOP bracelet after defeating Daniyar Aubakirov heads-up to collect the $1,423,049 first-place prize.

Kenneth Smaron was the first to be eliminated when he shoved with top pair but was called by Chris Kruk‘s straight and flush draw. The flush came in on the turn, and Smaron exited in ninth place. Arsenii Malinov was the next to fall when his ace-queen was outdrawn by the nine-seven of Loosli. Kruk’s tournament would end in seventh when he ran his ace-jack into the aces of Drinan as the American moved into the chip lead. Mishra would exit in sixth when he was all-in with pocket tens against the pocket nines of Drinan as a nine fell on the flop and Drinan surged out to have nearly half the chips in play five-handed.

Loosli was the next to fall when his king-four couldn’t spike against the ace-deuce of Drinan before Oliver shoved holding ace-eight, only to have Drinan wake up with ace-jack and hold to see the tournament reduce to the final three. Viktor Ustimov would be eliminated in third place when he shoved with pocket sevens and ran into the ace-queen of Drinan. Drinan flopped two pair and entered heads-up play with Daniya Aubakirov holding a better than four-to-one chip advantage.

After some initial back-and-forth between both players, Aubakirov doubled to sit slightly less than at a two-to-one disadvantage. Drinan immediately wrestled back a bigger lead before Aubakirov found two more doubles. Once again, Drinan extended his lead before the final hand saw Aubakirov all in with ace-jack against the ace-nine of Drinan. Both players flopped top pair on the ace-high flop, but it would be the devastating nine on the river that would send Aubakirov to the rail in second play as Drinan was crowned the Event #83 champion.

Drinan has amassed over $11.2 million in lifetime earnings and collected 21 cashes during the WSOP Online series on both WSOP.com and GGPoker. After reaching three final tables, Drinan now breaks through to win his first WSOP bracelet and the $1,423,049 first-place prize.