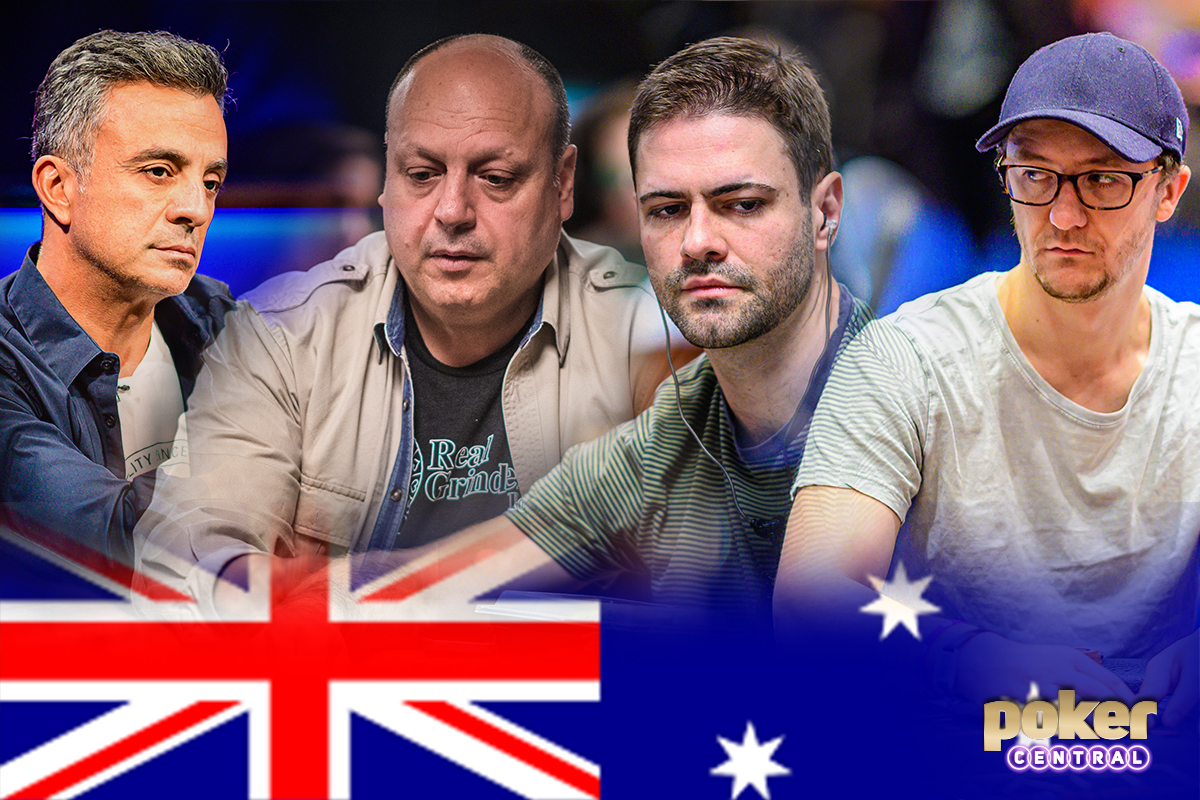 Ever since Joe Hachem raised his hands to the sky with the Australian flag in his hands to celebrate winning the World Series of Poker Main Event win in 2005, Australia has been firmly on the international map as far as poker talent goes. There were those that came before Hachem and those that have made a lot of waves since his $7,500,000 win, but all things considered, who are the top Australian poker players?

In this article, we’ve taken a look at some of the top poker players in Australia in action, and we think this article will come in handy as in January 2020 the Australian Poker Open and Super High Roller Bowl Australia are coming to The Star Gold Coast in Broadbeach, Queensland!

Don’t miss this thrilling event as seven high roller tournaments will determine who will become the Australian Poker Open Champion and take home the A$50,000 added top prize for the player who gathers the most High Roller of the Year points. Will it be one of the following names?

The 2005 World Series of Poker Main Event winner, Joe Hachem is the first name that springs to mind when you think of the phrase ‘Aussie, Aussie, Aussie!’, heard around the Rio when he won the Main in 2005 for $7.5 million. In recent times, Joe’s son Tony Hachem had made his own headlines and finished 39th in the 2018 Aussie Millions Main Event. But Joe Hachem will always be the most memorable Hachem until Tony wins the Main, and Hachem Senior also won the $15,000 WPT Doyle Brunson North American Poker Classic a year after his Main Event win, taking down a final table that included Daniel Negreanu and Justin Bonomo for $2.2 million.

The two-time WSOP bracelet winner in 2019 has had a phenomenal year, starring at the WSOP Europe, where he won two bracelets in a week. Burns also won Event #9 of the recent 2019 Poker Masters and was in contention for the Purple Jacket until Sam Soverel locked up the title.

Over the last three months of tournament poker, Kahle Burns has cashed for over $2.5 million. He is one of the form poker players on the planet, and overall has over $7 million in poker winnings at the live felt in his career.

While he has seemingly left the game behind, Jeff Rossiter is an Australian poker legend and has over $6.6 million in live tournament earnings. Rossiter’s biggest win was for $3,155,887 in the 2013 Guangdong Asia Millions in Macau, where he finished runner-up to Niklas Heinecker.

A six-time WSOP bracelet winner, Lisandro predominantly plays cash games, but his most famous victories have been at the World Series of Poker in Las Vegas. He became the first person to win three different WSOP bracelets in Seven Card Stud, taking down the last bracelet of the trio of disciplines (Stud High, Stud High-Low, and Razz) in 2009, which won him the title of WSOP Player of the Year.

Hailing from Adelaide, Jonathan Karamalikis has won over $4.3 million in his live poker career along with $6.5 million in online earnings under the iconic handle “MONSTER_DONG”, with his biggest cash a runner-up finish in the Bellagio Cup two years ago, winning over $500,000, a higher amount than the winner of that event, Patrick Leonard.

Karamalikis has a huge personality and was celebrating another title less than a month ago, winning the 2019 Victorian Poker Championships Main Event for $136,604.

Judah is a bona fide poker legend, let alone an Australian legend. Known as the ‘Silver Fox’, Judah has triumphed for two WSOP bracelets, one in 1989 and another in 1997, both of which were won in Seven Card Stud. Judah may have won two bracelets in 1997, as he reached the 1997 World Series of Poker Main Event final table, but was denied by Stu Ungar in his final win, with Judah finishing in third place for $371,000.

Having cashed in 11 World Series events this past summer, Obst is an Australian player who many will know from the table in recent times. Obst might as well as an abbreviation for obst…inate when it comes to his ability to stick around at the table, and the popular pro, who lives in Melbourne won the $10,000 Razz WSOP bracelet in 2017 when he took down a final table including David Baker, Nick Schulman and Anthony Zinno. Impressive.

We simply couldn’t compile a list of popular and successful poker players from Down Under without mentioning the current – reinstalled – WSOP Player of the Year, Robert Campbell. Having won two WSOP bracelets in Las Vegas, Campbell had the POY lead but knew that the only way he could keep his lead was to go to Rozvadov and hold off the challenges of both Shaun Deeb and Daniel Negreanu.

Campbell managed to deal with the hoopla of Negreanu vs. Deeb brilliantly, keeping his composure and racking up the points he needed to stay on top at the death, even if there was a temporary error that saw the WSOP originally award the title to ‘DNegs’.

While the Australian pros listed above have garnered fame and fortune, there’s another group of guys who we will likely see participate in the Australian Poker Open and possibly Super High Roller Bowl Australia. Players such as Michael Addamo, Martin Kozlov, Alex Lynskey, Andrew Hinrichsen, Adrian Attenborough, Matthew Wakeman, Michael Egan, and Sam Higgs are among the best players in the world are will be very deserving of a featured article in the near future!

Best Aussies of the Rest

Aussie Millions winners Olivier Speidel, David Gorr, and Tyron Krost are just three great Australian players who deserve a mention for taking down the Aussie Millions, winning at the ever-popular Crown Casino. Top female player Jackie Glazier has been an icon for female Australian poker players and sponsored pro for many years, winning millions around the world, and no list of great Australians would be complete without an honorary nod to Billy ‘The Croc’ Argyros, who often wears a hat designed in the shape of a crocodile’s yawning jaws at the table. ‘Crocodile Billy’ as he has become known, finished 15th at the 1995 WSOP Main Event and was recently the poker expert on an Aussie TV show called the Australian Celebrity Poker Challenge.

“But what about Tony G?” I can hear you asking, well, he’s proudly sporting the Lithuanian flag and despite his beautiful Aussie accent and strong ties to the country that comes with his inclusion into the Australian Poker Hall of Fame, we just felt as though The G deserved his own feature content piece you can look forward to reading on Poker Central in the future!

Who’ll be the next great Australian poker player to follow in the footsteps of those who are already part of poker history? You’ll find out first by watching the latest live streams on PokerGO, subscribing today for 24/7 access to the best poker content on the planet.