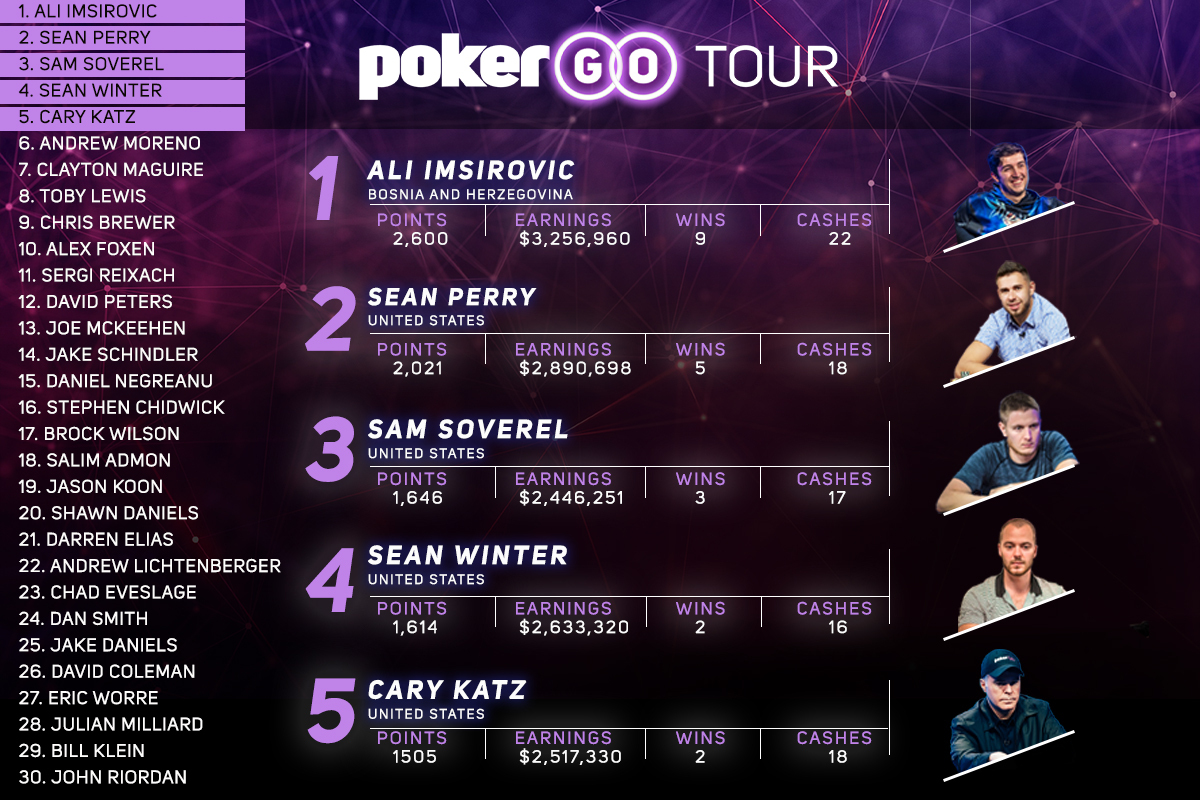 The top performer on the PokerGO Tour Leaderboard presented by Guaranteed Rate will be awarded $100,000 in prize money and be named Player of the Year, while cash prizes of $50,000 and $25,000 will also be awarded to the player that finishes second and third, respectively.

The biggest mover since the conclusion of the PokerGO Cup was Cary Katz who climbed into fifth spot overall after collecting five cashes and winning nearly $650,000 in prize money. Both Joe McKeehen and Andrew Lichtenberger also vaulted up the PokerGO Tour Leaderboard presented by Guaranteed Rate with McKeehen moving into 13th on the back of chopping the $25,500 The Big 4 High Roller for $550,990, while Lichtenberger won two events and cashed in three events at the Venetian High Rollers.

Poker Masters Purple Jacket winner Ali Imsirovic extended his lead on top with a win and two cashes, while Sean Perry closed the gap and became the second player to eclipse the 2,000-point mark on the back of one win and four cashes. Sitting in third is Sam Soverel who managed to win one event at Seminole and cash in one at Ventian while Sean Winter added three cashes over the past week.