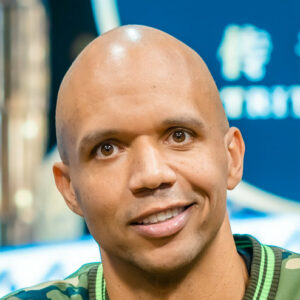 One of the most popular poker players in the world, Phil Ivey is also a 10-time WSOP bracelet winner and in the top 15 on the all-time moey list, with over $26 million in tournament earnings alone.

Despite his obvious success, Ivey remains a polarising character in the game, seldom giving interviews and casting an enigmatic figure whether at the felt in the World Series or in a cash game in Macau.

Long held in the highest regard by his peers, Ivey remains a formidable force at the poker table and despite an ongoing court case surround edge-sorting, players and fans still love him to this day. 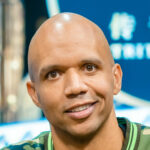 [PODCAST] PokerGO NFTs with Sam Simmons & The Year of Ivey

Remko Rinkema - April 12, 2022 Your hosts Remko Rinkema and Donnie Peters are joined by former PokerGO President and now Consulting Chief Strategy Officer of NFT Stadium, Sam Simmons to talk about the exciting launch of PokerGO’s own NFT project that goes far beyond digital ownership alone! After we give you the lowdown on the NFTs, the boys dive into…

Donnie Peters - April 10, 2022 Day 1 of Event #4: $50,000 Pot-Limit Omaha from Super High Roller Series Europe is in the books. Leading the final seven players is current PokerGO Tour (PGT) leaderboard frontrunner Ali Imsirovic. Imsirovic bagged up 1,125,000 in chips and is the only player of the final seven with more than 1,000,000 entering Day 2. Joining…