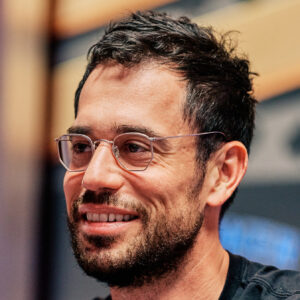 From hustling pool halls at an early age, to later finding success on the felt, Nick Schulman has become one of poker’s most popular personalities. Schulman is the consummate professional, on the felt and in the broadcast booth. Nick reached stardom in poker back in 2005 when he won the WPT World Poker Finals for $2.17 million at age 21. He was the youngest to win on the World Poker Tour at the time. Outside of poker and pool, Schulman is a die-hard boxing fan, and avid golfer. 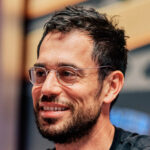 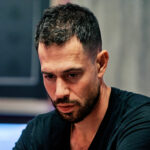 Tim Duckworth - May 18, 2022 Phil Hellmuth has won his ninth match in High Stakes Duel history following his defeat of Scott Seiver on Tuesday night from inside the PokerGO Studio at ARIA Resort & Casino in Las Vegas, Nevada. Tom Dwan backed out of the Round 4 match against Hellmuth last week, before Seiver was announced as Hellmuth’s newest…

Donnie Peters - March 27, 2022 The last time Sean Winter was victorious inside the PokerGO Studio was at the 2021 U.S. Poker Open, when he won the final event of the series. That was in June of last year. Winter found his way back into the winner’s circle with a victory in Event #11: $25,000 No-Limit Hold’em at the 2022…

Brandon Bloom - March 27, 2022 Ali Imsirovic won a huge flip when he eliminated Chino Rheem earlier in the day to soar near the top of the leaderboard, and he continued to run up his stack and navigate his way through the field on his way to bagging the chip lead heading into the final table stream of Event #11:…

Donnie Peters - February 10, 2022 Sean Perry continues to put up big results on the PokerGO Tour (PGT). On Thursday, Perry topped the 32-entry field in Event #8: $50,000 No-Limit Hold’em at the 2022 PokerGO Cup, scooping up $640,000 in prize money. It was Perry’s second victory of the series. Although Perry didn’t win the overall PokerGO Cup title, he…

Sean Perry Leads the Final Table of Event #8: $50,000 No-Limit Hold’em. All Five Players Still in Contention for the PokerGO Cup