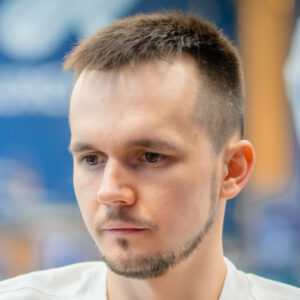 Belarussian player Mikita Badziakouski is one of the most successful tournament players of modern times, with title wins at the 2019 British Poker Open and five Super High Roller titles in 2018, he is a player of great reputation.

Badziakouski is a partypoker pro and still in his late twenties, he has years to reign in the best in the business, with the hunger and desire to turn fame in Eastern Europe into a mainstream recognition. If anyone has the ability and dedication to deserve it, it’s him. 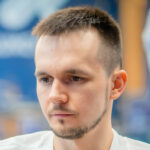 Tim Duckworth - May 27, 2022 The second season of the PokerGO Tour (PGT) continues with 75 events now complete following Triton Madrid. With 13 events at Triton Madrid, the entire PGT leaderboard has been shaken up with over 21,000 PGT points being awarded to 66 players as over $44 million in prize money was awarded. Stephen Chidwick was the biggest…

Donnie Peters - April 9, 2022 Mikita Badziakouski entered the live-streamed final table of Event #2: $50,000 Short Deck from 2022 Super High Roller Series Europe with a big chip lead. Badziakouski rode that chip lead to a $756,000 victory after he defeated Phil Ivey in heads-up play. The tournament attracted 42 entries and created a $2,100,000 prize pool, of which…

Paul Seaton - November 22, 2021 Another huge day in the 2021 World Series saw three WSOP bracelets won and big names run deep as Mikita Badziakouski, Leo Margets and Michael McCauley all won WSOP gold bracelets for the first time in their careers. The Thunderdome was full of action as three of the four events that took place concluded and…

Keegan McCann - September 19, 2021 Michael Addamo missed the first ten events of the 2021 Poker Masters, but after taking home the trophy in Event #11, he is poised to take home the purple jacket as he heads into the final five of Event #12: $100,000 No-Limit Hold’em with the chip lead after knocking out Stephen Chidwick to end the…
All Mikita Badziakouski articles...
Top