Matthias Eibinger is a professional poker player who is originally from Graz, Austria. Eibinger is also the co-founder of poker training site, Pokercode. Eibinger is known for his success on the high roller scene, including a few EPT titles and several high roller titles. Eibingers best score came in 2018 when he finished 2nd in a WPT high roller for just over $1 million. 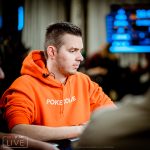 Donnie Peters - April 10, 2022 The third tournament of the 2022 Super High Roller Series Europe has its winner, with Marius Gierse winning Event #3: $25,000 No-Limit Hold’em for $432,000. Gierse topped the 64-entry field to get the victory. Gierse entered Day 2 of the event dead last in chips with nine players remaining. Despite starting at the bottom of…

Remko Rinkema - June 1, 2020 Putting in a stellar performance on the final day in the Super High Roller Bowl Online Series on partypoker, Russian pro Artur Martirosian has claimed the overall series victory! Making a total of six final tables across 27 events, Martirosian cashed for $1,795,395, narrowly edging out Viktor Blom who lead for nearly the entire series…

Remko Rinkema - May 31, 2020 Viktor Blom is absolutely unstoppable in the 2020 Super High Roller Bowl Online Series as he booked his third win last night while Sam Greenwood took down the $25,000 event for $399,000. Blom extended his overall lead, bringing his earnings up to over $1.5 million while his nearest rival, Artur Martirosian, is more than 300…

Remko Rinkema - May 29, 2020 Viktor Blom has done it again! Yesterday, Blom beat Mike Watson heads up to win his second Super High Roller Bowl Online Series event for $407,500 boosting his total earnings for this series up to a whopping $1.3 million. The Swedish phenom now has a massive lead over Justin Bonomo who’s in second place on…

Justin Bonomo Locks Up $622,634 Win in the SHRB Online Series

Remko Rinkema - May 28, 2020 The Super High Roller Bowl Online Series action on partypoker continues to be massive with Justin Bonomo locking up a major win in Event #11. Bonomo defeated Artur Martirosian heads up to claim the $622,634 top prize which vaulted him into fifth on the overall standings. The clubhouse leader, Viktor Blom, however, is on his…
All Matthias Eibinger articles...
Top