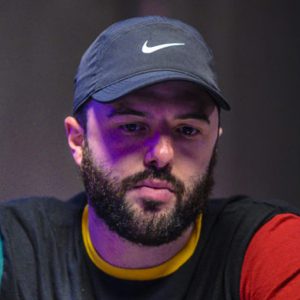 Originally from Stoneham, Massachusetts Matthew Wantman has been around the poker scene for more than a decade and recorded over 148 tournament scores. With plenty of smaller tournament victories, Wantman finally broke through to the big stage when he took down the 2019 WPT Aria Summer Championship for his first WPT Title, and a career best score of over $443K.

Donnie Peters - March 26, 2022 Dylan Weisman is quite the pot-limit Omaha expert. He laid more evidence to that with a $416,500 victory in Event #10: $25,000 Pot-Limit Omaha at the 2022 U.S. Poker Open. Weisman entered Saturday’s final table with the chip lead and never gave it up, knocking out all five of his opponents to get the win….

Keegan McCann - February 3, 2022 Andrew Lichtenberger scored a huge double just after the money bubble burst to move into the chip lead and never looked back as he closed the night with 3.875 million as Event #1: $10,000 No-Limit Hold’em is down to the final table of six. With 11 players to go, Lichtenberger found himself all in for…

Donnie Peters - September 10, 2021 The first non-hold’em event of the 2021 Poker Masters came to a conclusion on Friday, with Event #3: $10,000 Pot-Limit Omaha playing down to a winner. Coming out on top of the 69-player field was Adam Hendrix, winning $186,300. Hendrix defeated Matthew Wantman in heads-up play, and it was a long battle between the two…
All Matthew Wantman articles...
Top