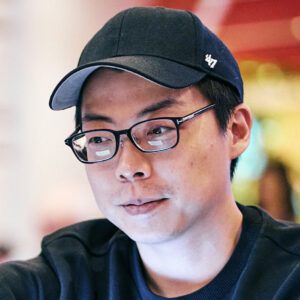 Sanghyon “Joseph” Cheong is a Korean-American professional poker player who was born in Seoul, South Korea before he moved to the USA at the age of 6. Cheong attended University of California San Diego before become a professional poker player. Cheong rose to stardom in 2010 when he finished 3rd in the WSOP Main Event. Cheong captured his first WSOP Bracelet in the summer of 2019. Cheong also has 3 WPT Final Tables. 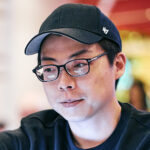 Donnie Peters - March 23, 2022 Alex Foxen landed himself back in the PokerGO Studio winner’s circle on Wednesday when he won Event #7: $15,000 No-Limit Hold’em at the 2022 U.S. Poker Open. The victory earned Foxen a $283,500 payday and vaulted him into second place on the series leaderboard. “I feel good,” Foxen said. “It’s actually been a bit of…

Brandon Bloom - March 23, 2022 Stephen Chidwick accumulated a large stack early, and at various points in the day, held over double the amount of chips as the second stack. He lost some chips near the bubble when Dan Smith doubled through him multiple times, but still ran up his stack to become the chip leader heading into the final…

Brandon Bloom - March 17, 2022 Event #1: $10,000 No-Limit Hold’em of the 2022 U.S. Poker Open attracted some of the biggest and best to the PokerGO Studio at ARIA Resort & Casino in Las Vegas, Nevada, and six players will return Thursday to compete on the streamed final table. Japan’s Masashi Oya leads the pack with a stack of 4,325,000…

Tim Duckworth - January 27, 2022 The second season of the PokerGO Tour is underway with nine events having played out heading into February’s PokerGO Cup. The Venetian Resort Las Vegas hosted four PGT events before the back-half of the inaugural Stairway To Millions crowned four winners that earned PGT points. As the poker action headed to Seminole Hard Rock Hotel…
All Joseph Cheong articles...
Top