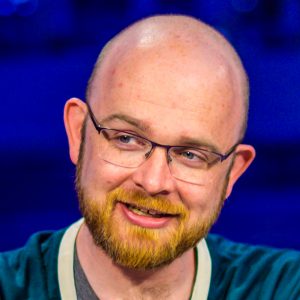 Dylan Linde is a professional poker player and published author originally from Coeur d’Alene, Idaho. Linde has one WPT title, one WSOP Circuit ring, and over 153 recorded cashes. Linde currently sits at number two on Idaho’s all time money list, trailing only Kevin Macphee. Linde launched his book ‘Mastering Mixed Games’ to give the reader advice and strategy on mixed game variants from a professionals standpoint.

Tim Duckworth - January 28, 2022 The inaugural 2021 PokerGO Cup was held at the PokerGO Studio at ARIA Resort & Casino in Las Vegas, Nevada, from July 6-14, 2021. There were eight No-Limit Hold’em events on the schedule with the series winner collecting a $50,000 championship bonus and the PokerGO Cup. Following his victory in Event #7 and several close…

Paul Seaton - November 9, 2021 With just one more starting flight to come, the competition of Day 1e of the World Series of Poker Main Event was intense and dramatic, with major players in poker losing their tournament lives. Elsewhere, other made hay while in the un as two former WSOP Main Event winners had great days at the felt….

Paul Seaton - October 13, 2021 With six events, Day 13 of the 2021 World Series of Poker was full of action. As the Millionaire Maker reached the final table, Dylan Linde won a World Series bracelet for the first time and the Ladies Event reached Day 3 with many superstars of the game still in seats. Linde Wins First Bracelet…

Donnie Peters - July 9, 2021 The third event of the 2021 PokerGO Cup, a $10,000 buy-in no-limit hold’em tournament, was won by Dylan Linde on Friday. Linde earned a first-place prize of $169,600 after topping the field of 53 entries. “It’s been a huge evolution for me,” Linde said when asked about how his game has matured over the years….

Keegan McCann - July 9, 2021 Sam Soverel leads the final table of Event #3: $10,000 No-Limit Hold’em after eliminating Daniel Negreanu in eighth place with trips over trips for a nearly two million chip pot near the close of the night. Negreanu opened to 80,000 from late position, and Soverel defended the big blind. The flop fell , and Negreanu…
All Dylan Linde articles...
Top