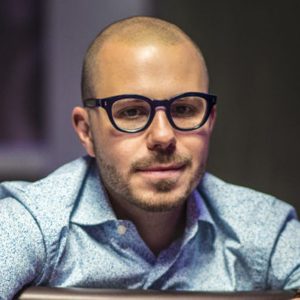 Originally from Manalapan, New Jersey, Dan Smith has become a star and future hall-of-famer in poker. With titles including WPT, Aussie Millions, and several high roller titles, Smith currently sits at #5 on the all time money list. With such accomplishments on the felt, it would be enough to cement his legacy, but what he does off the felt is where he truly shines. Smith runs his annual Double Up Drive for Charity, raising millions of dollars to give to the less fortunate.

Donnie Peters - March 28, 2022 It took every single hand if the 2022 U.S. Poker Open for Sean Winter to win the series championship, but he did it. After failing to cash in the first 10 events of the series, Winter stormed to the top of the mountain by winning the final two events. After he won Event #11: $25,000…

Donnie Peters - March 23, 2022 Alex Foxen landed himself back in the PokerGO Studio winner’s circle on Wednesday when he won Event #7: $15,000 No-Limit Hold’em at the 2022 U.S. Poker Open. The victory earned Foxen a $283,500 payday and vaulted him into second place on the series leaderboard. “I feel good,” Foxen said. “It’s actually been a bit of…

Brandon Bloom - March 23, 2022 Stephen Chidwick accumulated a large stack early, and at various points in the day, held over double the amount of chips as the second stack. He lost some chips near the bubble when Dan Smith doubled through him multiple times, but still ran up his stack to become the chip leader heading into the final…

Paul Seaton - November 9, 2021 With just one more starting flight to come, the competition of Day 1e of the World Series of Poker Main Event was intense and dramatic, with major players in poker losing their tournament lives. Elsewhere, other made hay while in the un as two former WSOP Main Event winners had great days at the felt….
All Dan Smith articles...
Top