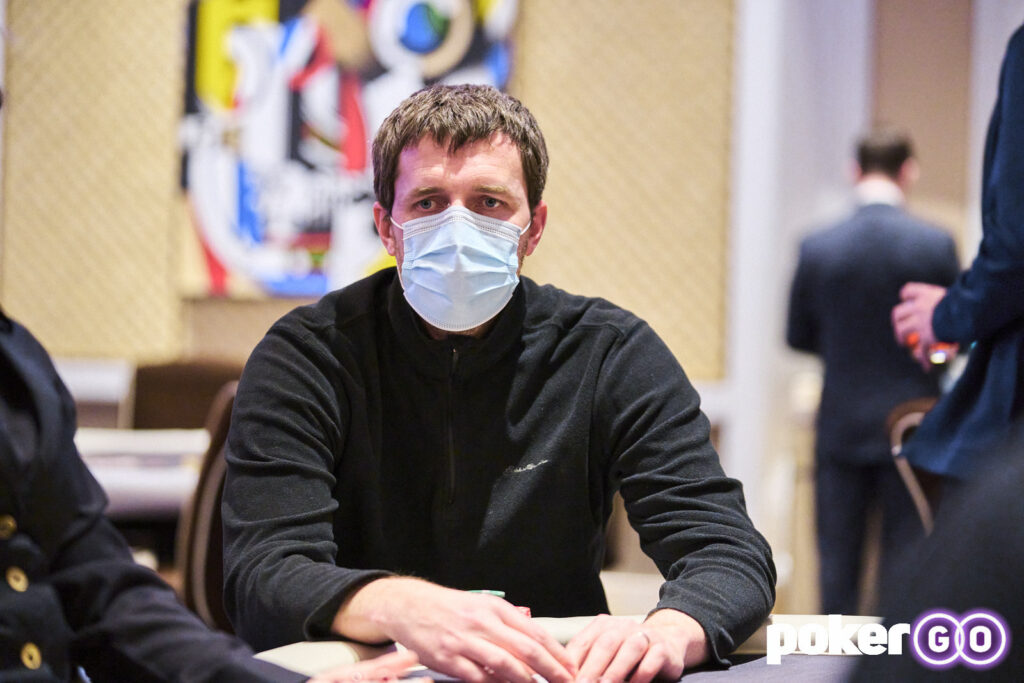 Brekstyn Schutten started the day by being eliminated on the money bubble of the Wynn Millions Main Event, but the ICU nurse from Grand Rapids, Michigan, ended the day by outlasting 43 other entrants to win Wynn High Roller #5: $15,000 No-Limit Hold’em for $219,300.

Schutten started the final table fourth in chips but quickly soared his way up the leader board with some timely river bets to push his stack north of one million chips. Schutten would briefly lose the chip after doubling up Dragana Mackelprang, but it was just a minor bump in the road for the eventual event winner.

Mackelprang, on the other hand, would find herself on the wrong end of a cooler on the direct money bubble when she ran her pocket kings into the pocket aces of Barry Hutter and the ace-queen of Jake Schindler. A queen-high board saw Schindler eliminated to burst the money bubble, while Hutter doubled to over a million chips, and Mackelprang was left with just above a starting stack. Mackelprang would fall moments later in seventh place for $25,800 when she ran her ace-three into the pocket jacks of Schutten.

An hour later, Dan Smith would find himself all-in and at risk holding pocket tens against Schutten’s ace-ten of hearts. Schutten would turn the nut flush to eliminate Smith in sixth place for $38,700 and cross the 2.5 million chip mark along the way.

After being on the right end of the cooler on the bubble, Hutter found himself on the wrong end of a cooler when his ace-king ran into the pocket queens of Schutten. The board ran out eight-high, and Hutter was out the door in fifth place for $51,600.

While Schutten was soaring up the leader board, Cary Katz was the short stack with just over 200,000 in chips and scored two pay jumps courtesy of the Schutten buzzsaw before finding himself all-in for approximately 100,000 holding jack-nine of hearts from under the gun against the king-eight of Sergio Aido in the big blind.

Aido would flop a pair eights to send Katz to the rail in fourth place for $70,950, but the momentum of the knockout would only buy Aido another hand before he too was headed to the rail.

Aido moved all-in from the small blind holding ten-eight of diamonds for his last 575,000, and Stanely Tang called in the big blind holding jack-ten of hearts. Tang would turn a flush, and Aido was eliminated in third place for $96,750.

Tang started heads-up play with a 1.5 to one chip disadvantage with the knockout, but Schutten would quickly grow his chip lead to nearly five to one when he turned a pair of aces against Tang’s pocket sevens. It was only a matter of time from there as Tang would fall in second place for $141,900 when his king-seven of spades fell to Schutten’s ace-four. 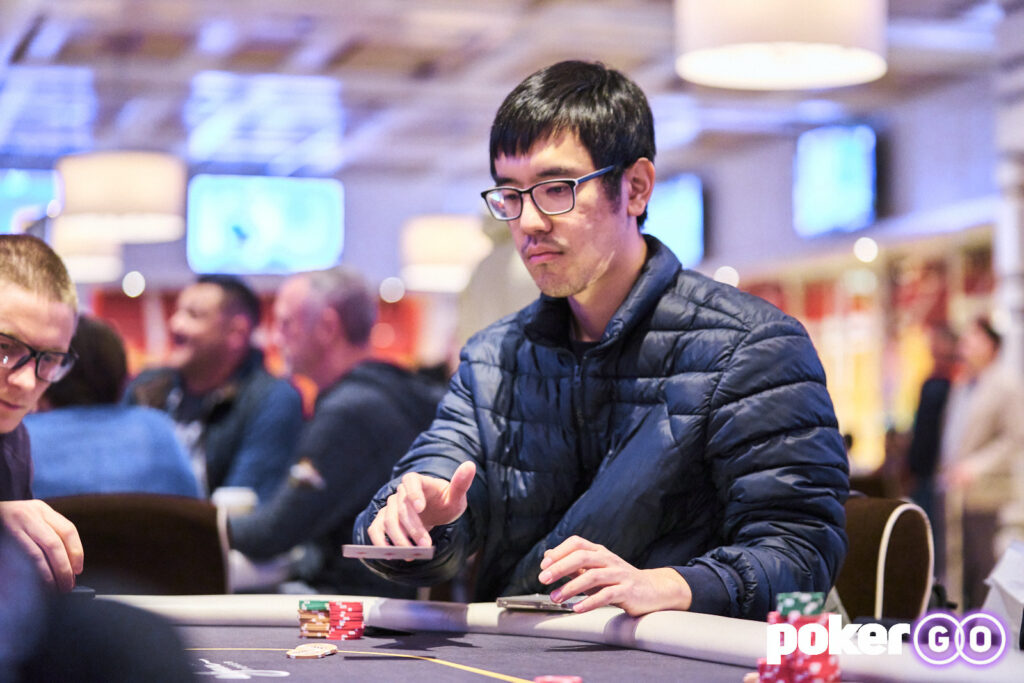 , and Schutten turned two pair to eliminate Tang in second place for $141,900.

and Tang checked. Schutten continued for 75,000, and Tang called.

hit the felt and action checekd through.

completed the board, and Tang checked. Schutten bet 275,000, and Tang called.

for broadway, and Tang tossed his cards into the muck.

, and Tang turned a set to double.

completed the board, and Tang checked.

Schutten said, “I’m going to be real nitty,” and checked back.

for a pair of sevens, but Schutten tabled

for a pair of aces to collect the pot.

“You win the tournament if you shove pre,” Tang said. “Almost did,” Schutten replied. 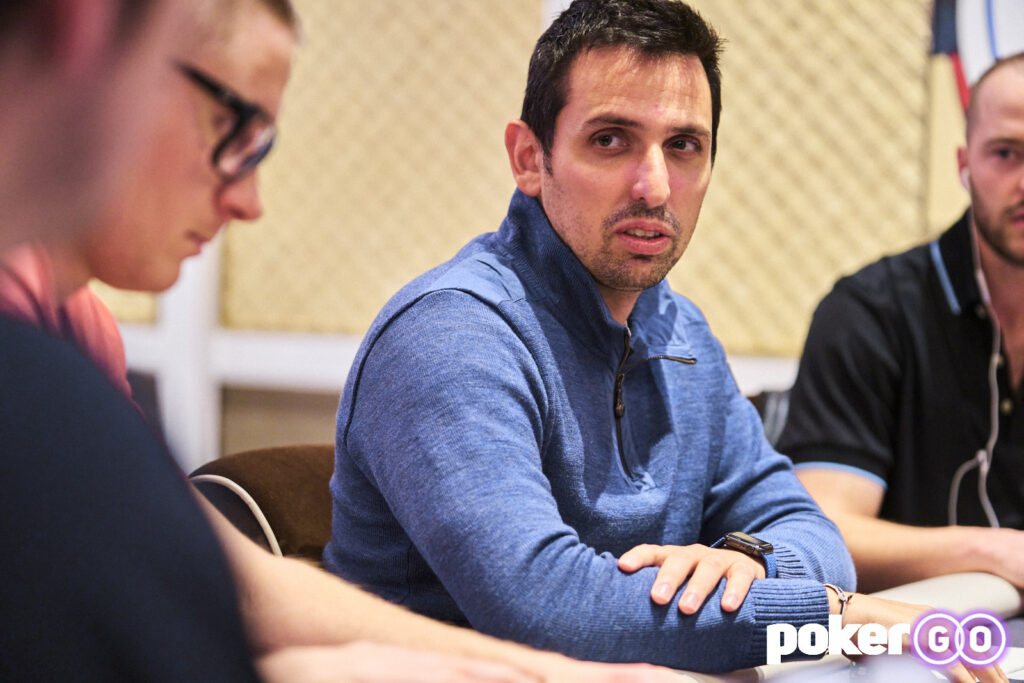 Sergio Aido was all-in for approximately 575,000, and Stanley Tang called. 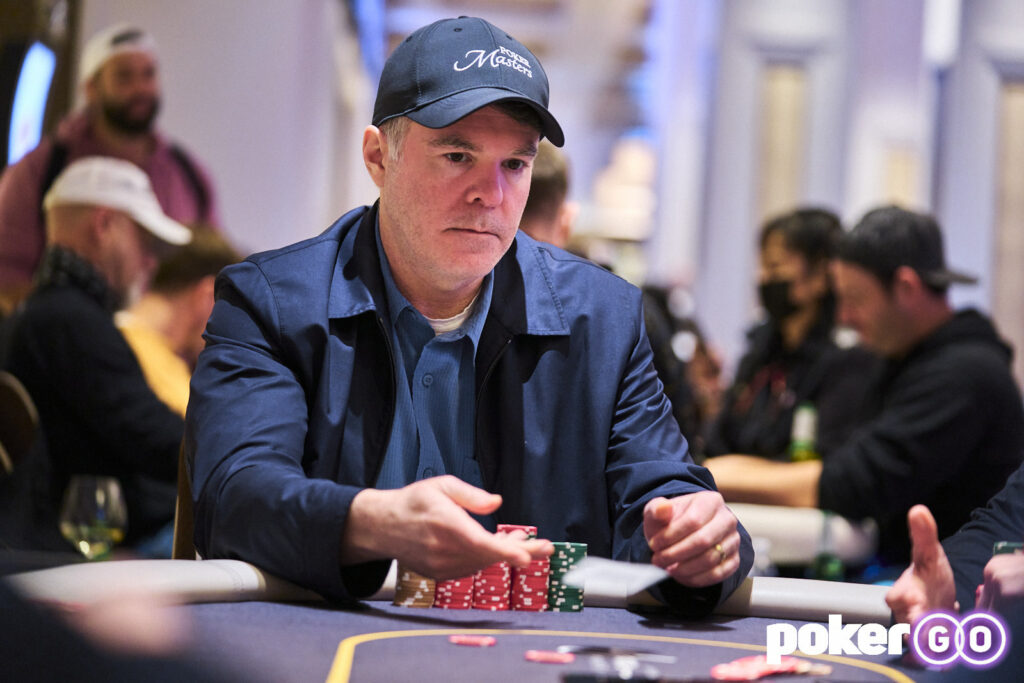 Cary Katz moved all-in for 95,000 from under the gun, and Sergio Aido called in the big blind.

, and Aido flopped a pair of eights to eliminate Katz in fourth place for $70,950. 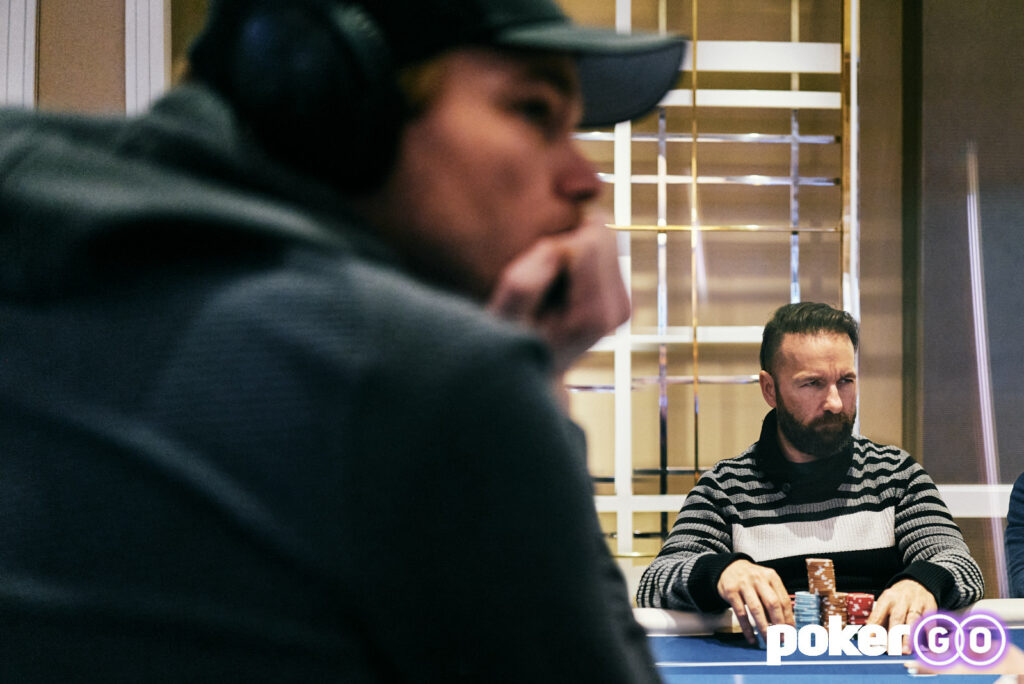 Barry Hutter was all-in for approximately 460,000 from the blinds, and Brekstyn Schutten called.

, and despite all the red on the board, Schutten’s queens held to eliminate Hutter in fifth place for $51,600.

Stanley Tang limped from under the gun and action folded to Sergio Aido in the small blind, and he called. Cary Katz was in the big blind and checked his option. 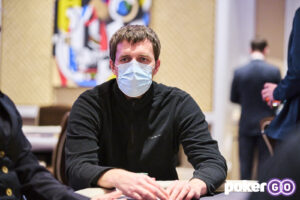 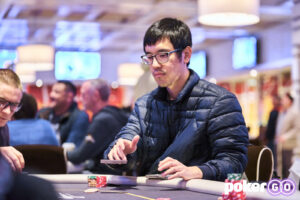 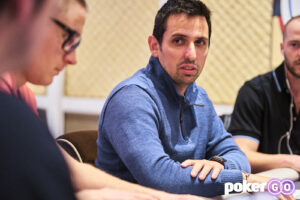 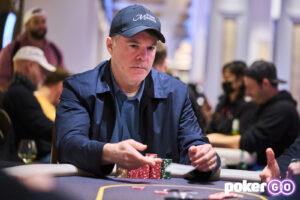 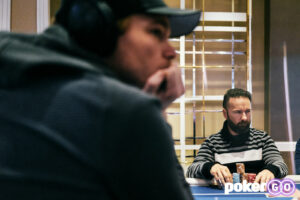 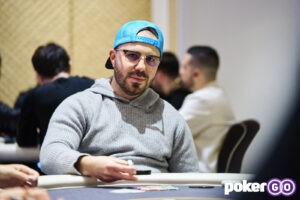 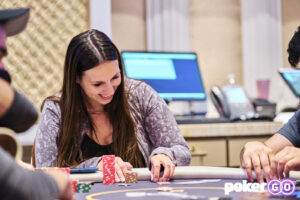 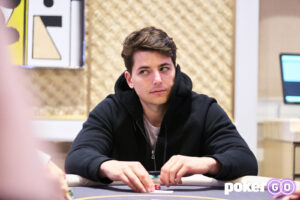 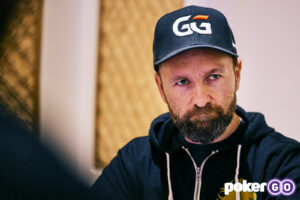 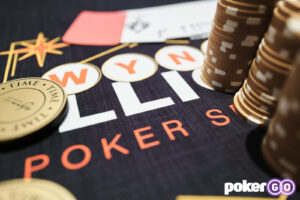 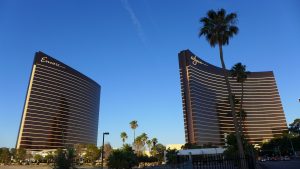