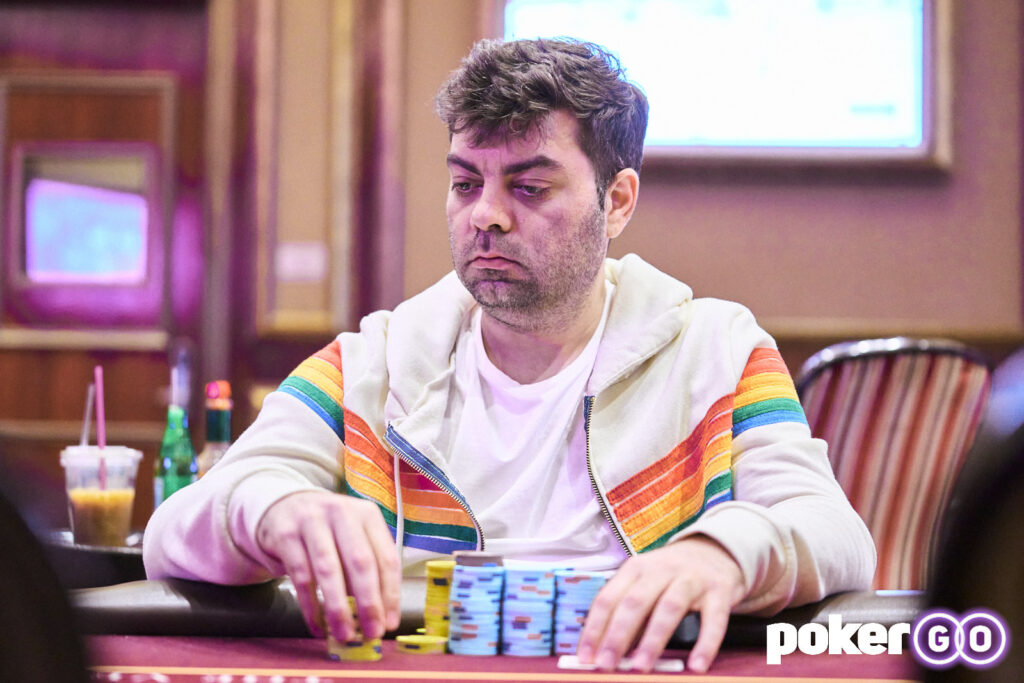 Shegal started the final table of nine with a slight chip lead but watched four players double in the first hour and a half of the final table action before Michael Rossitto would get his last 230,000 into the middle holding pocket fives against the pocket kings of Alex Foxen. Rossitto couldn’t find one of the last two fives in the deck and was eliminated in ninth place.

Following another double-up, Shegal would score his first elimination of the final table when he turned two pair to eliminate Nitis Udornpim in 8th place. Moments later, Shegal found himself holding pocket jacks against the pocket kings of Sam Soverel. Soverel was the player at risk for his last 345,000, and Shegal flopped a full house to crack Soverel’s kings, cross one million in chips and send Soverel out the door in seventh place.

After dipping below one million shortly after that, Shegal found himself in a flip to burst the money bubble holding ace-queen against Elvis Toomas’ pocket sevens. Shegal turned the nut flush, and Toomas was eliminated in sixth place, just shy of the money.

After surviving the money bubble, Daniel Colpoys found himself in the middle of the pack five-handed, but after suffering a cooler against Dylan Linde, he was left with just 50,000, good for just two big blinds. On the next hand, Colpoys was out the door in fifth place for $23,800 after Shegal’s rivered flush bested his rivered two pair.

Linde would find his first elimination of the final table a short while later when Foxen got his last 160,000 into the middle with jack-nine against Linde’s pocket nines. Linde flopped a set and held to eliminate Foxen in fourth place for $37,400.

Three-handed play would be a short affair as Isaac Kempton found himself staring at two stacks over a million chips. Shegal would knock both players down to around 600,000, and Kempton would be the first to fall after getting it all-in, holding ace-three of hearts against the pocket jacks of Shegal. A heart on the flop gave Kempton hope, but he could not improve and finished in third place for $54,400.

Shegal started heads-up play with a four to one chip lead over Linde and, after whittling Linde down to just ten big blinds, got it in holding pocket tens against Linde’s pocket nines. A nine on the turn gave Linde a set, but Shegal had outs to a heart flush. The queen of hearts hit the river, and Linde was out the door in second place for $88,400.

The action continues tomorrow inside The Venetian Poker Room with cards expected to be in the air for Venetian High Roller Event #6 at 2 p.m. PT on Friday, May 6, from with the PGT Live Reporting Team on-site providing exclusive live updates throughout the event and the entire 2022 Venetian Las Vegas High Roller series. 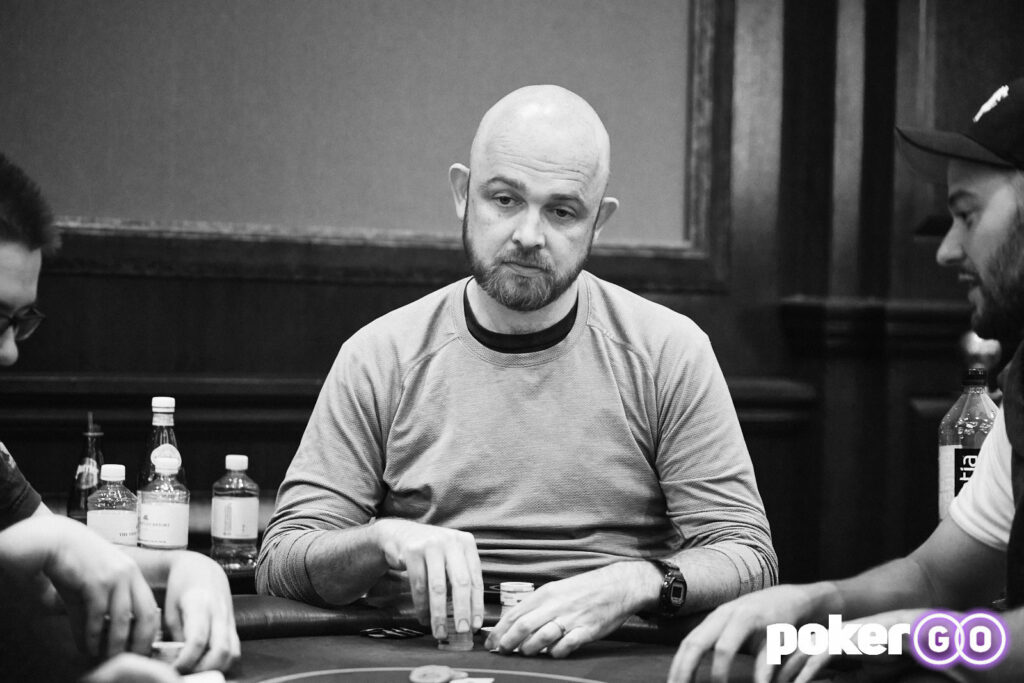 , and Shegal’s tens remained in the lead.

, and Linde took the lead with a set, but Shegal had outs to a flush.

completed Shegal’s flush, and Linde was eliminated in second place for $88,400. 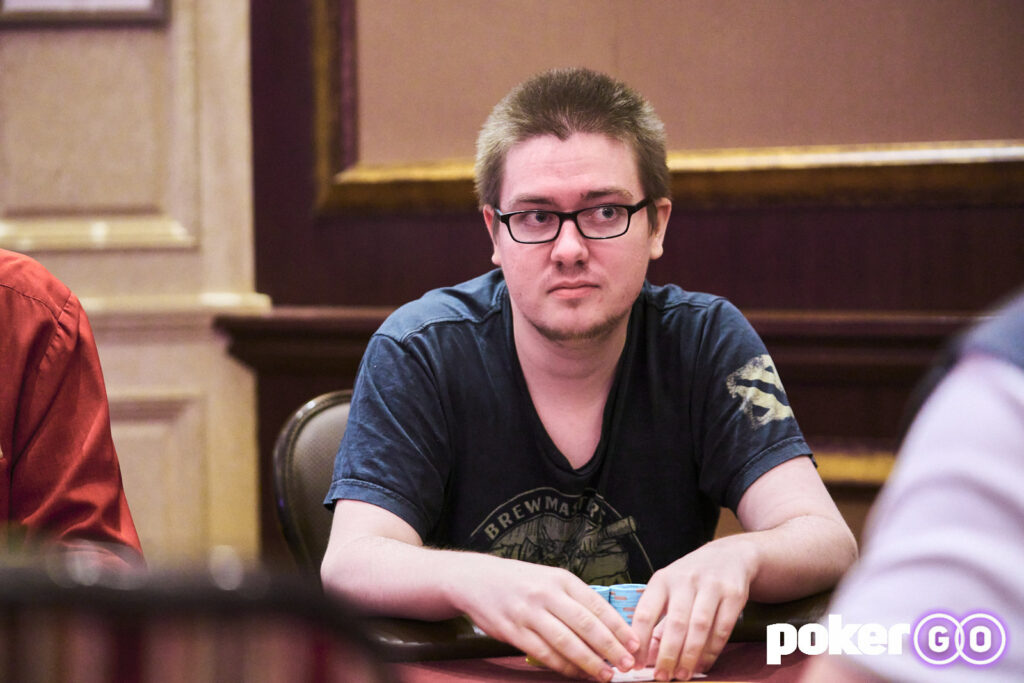 Isaac Kempton opened to 50,000 on the button, and Vikenty Shegal three-bet to 150,000 from the small blind. Dylan Linde folded the big blind, and Kempton used a time extension before moving all-in for approximately 600,000. Shegal called.

, and Shegal’s jacks held to eliminate Kempton in third place for $54,400. 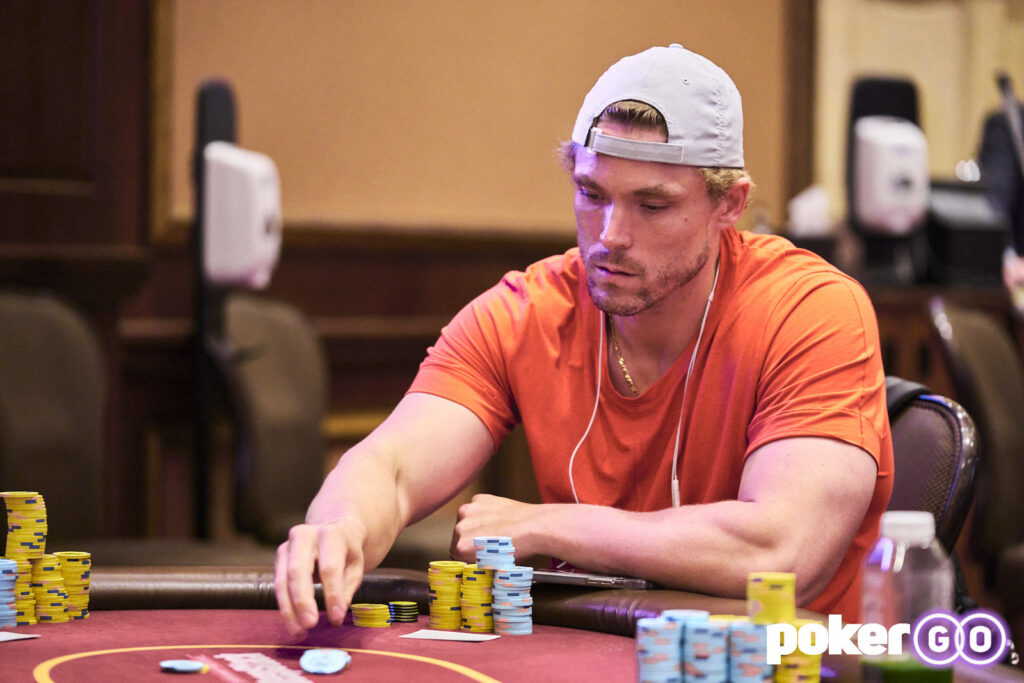 Alex Foxen opened the button to 110,000 with approximately 50,000 behind. Dylan Linde was in the small blind and moved all-in. Isaac Kempton folded the big blind, and Foxen called.

, and Linde flopped a set, but Foxen had outs to a straight.

gave Foxen even more outs with a flush draw, but when the river

Dylan Linde moved all-in from the small blind, and Isaac Kempton called for 245,000 in the big blind.

, and Kempton’s ace-high held to double.

Dylan Linde opened to 50,000 from under the gun, and Alex Foxen called in the big blind.

completed the board, and Foxen checked. Linde moved all-in, and Foxen sent his cards into the muck.

, Kempton flopped a set and rivered a full house to double.

Dylan Linde was all-in for 460,000 from the small blind, and Isaac Kempton called in the big blind.

, and Linde rivered trips to double. 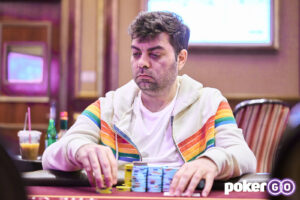 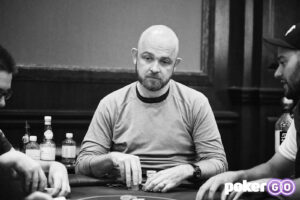 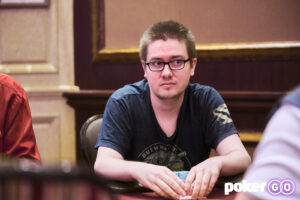 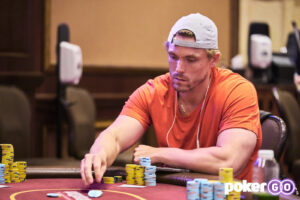 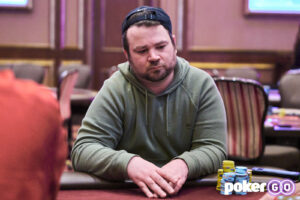 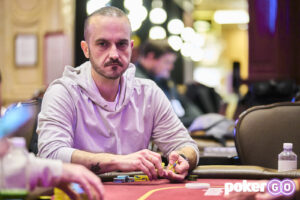 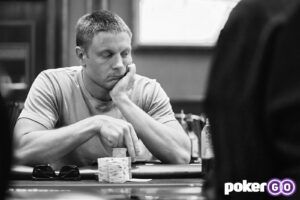 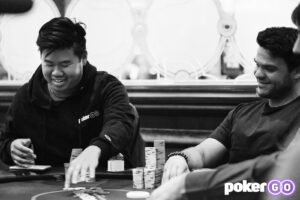 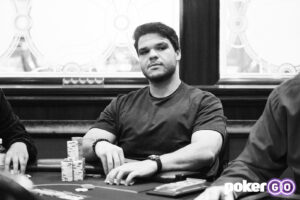 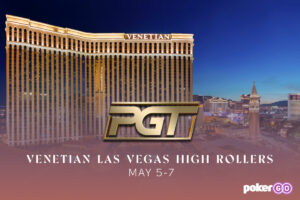 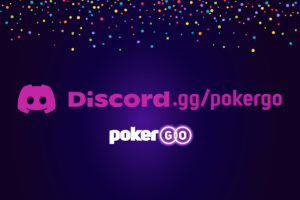 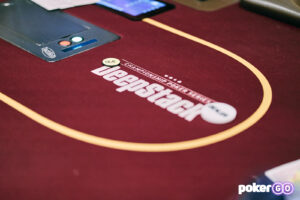