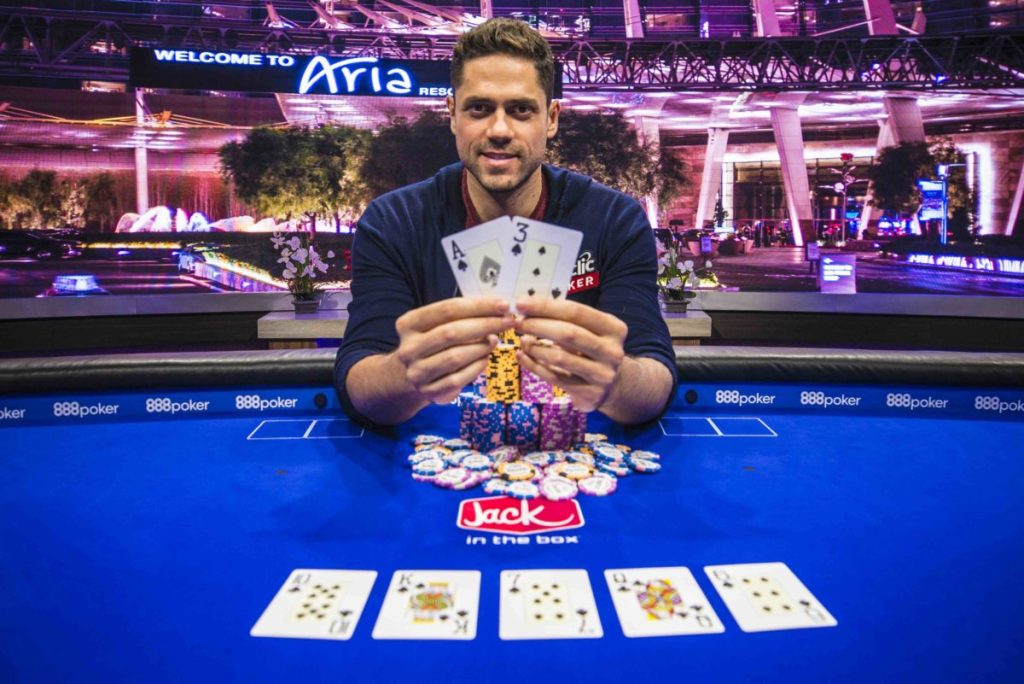 Benjamin Pollak is the newest player to climb behind Stephen Chidwick on the U.S. Poker Open leaderboard. Pollak won the $25,000 No Limit Hold’em High Roller for his third cash of the series. The final table was the second for the 2017 WSOP Main Event finalist, who is now up to $554,600 in total winnings for the series.

The third time was the charm for @PollakB!
🇫🇷 pro wins the Event #6 $25K High Roller for $416K and his first #USPO win.https://t.co/4E2f3MYHuj pic.twitter.com/ZiN1jejRgS

Pollak faced tough opposition with Chidwick, Jason Koon, and Isaac Haxton standing in front of him. Koon got on the board in the USPO by making the top-six and Haxton followed up his bronze medal in the $25,000 Mixed Game Championship.

Brian Green and Eli Berg made early departures from the PokerGO stream, leaving the four pros to battle.

One hour down, two players on the rail.
Brian Green and Eli Berg are out, but Stephen Chidwick, @ikepoker, @PollakB, and @JasonKoon are on PokerGO!
Watch #USPO action LIVE: https://t.co/4E2f3MYHuj pic.twitter.com/dPLyO35UXu

Haxton would not make his second USPO podium and departed in fourth. Chidwick followed him out but not without adding to his booming overall lead. PokerGO’s Maria Ho filled in viewers on Chidwick’s outstanding performance thus far.

Do not readjust your PokerGO stream!
Stephen Chidwick is back at the final table and @MariaHo is back to update the #USPO action!
Watch the $25K stream LIVE: https://t.co/4E2f3MYHuj pic.twitter.com/zh1AQZi6a4

By making his fourth USPO final table appearance, Chidwick earned a bronze medal to add to his total points lead. $1 million is the next barrier for Chidwick, who is less than a single min-cash from hitting seven figures.

Koon eliminated Chidwick to setup heads up play between him and Pollak.

It's taken six events, but we finally found Stephen Chidwick's #USPO Kryptonite!@JasonKoon takes down the two-time winner and is heads up against @PollakB for the $25K title.
▶️: https://t.co/4E2f3MYHuj pic.twitter.com/rsscDd7o8K

Pollak opened the confrontation with a large lead over his American competitor. The two exchanged blows before Pollak delivered a knockout punch. It was a hand worthy of a video finish as Pollak stepped into the winner’s circle.

The final table was stacked, @PollakB had to sweat to the river against @JasonKoon, but it was worth the wait.
Pollak picks up his first #USPO win and $416K! https://t.co/4E2f3MYHuj pic.twitter.com/9TE2xKvF6n

Haxton is in third place on the leaderboard with a gap of over $250,000 between him and Pollak. Daniel Negreanu and Jake Schindler round out the top-five. Negreanu bubbled the final table, placing seventh in Event #6.

Chidwick is in the driver’s seat but two consecutive podium finishes could put someone in contention to catch him before all is said and done.

Subscribe now to PokerGO to watch the exciting finale to the U.S. Poker Open. Follow all of the U.S. Poker Open action by keeping tabs on the PokerGO and Poker Central Twitter accounts. Open up your browser tomorrow for the Event #7 final table. 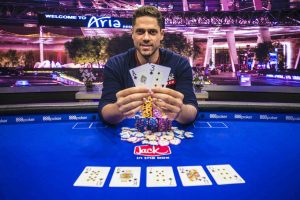