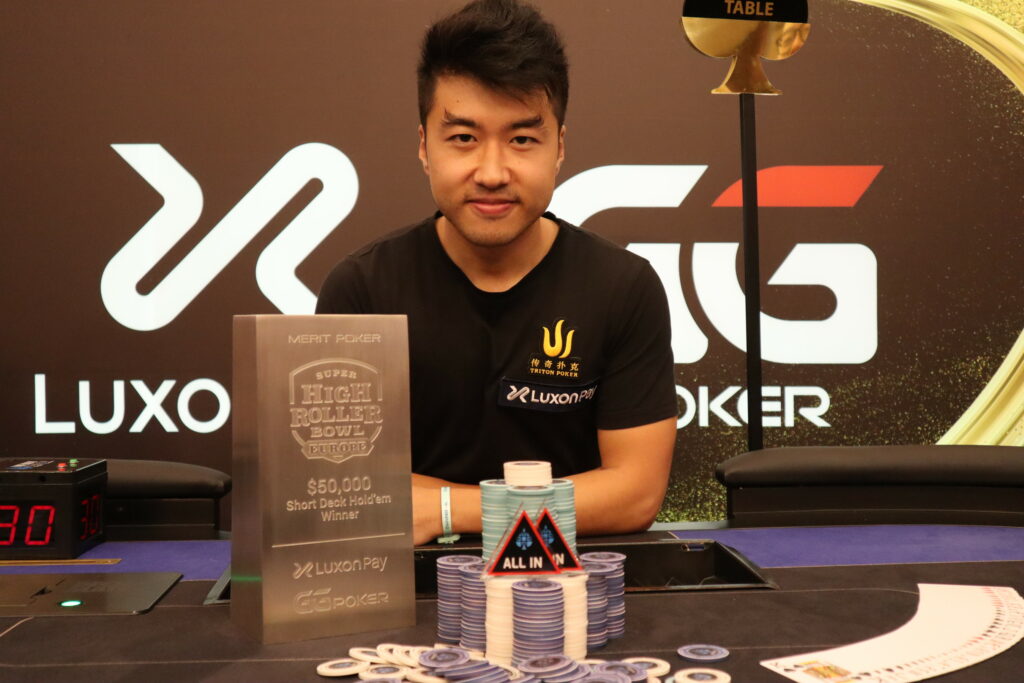 The halfway point in Super High Roller Series Europe has been reached as it was third time’s the charm for Santi Jiang as he won Event #5: $50,000 Short Deck for $756,000. It was Jiang’s third final table of the series – all in Short Deck events – where he has amassed $951,750 in winnings to see his lifetime tournament earnings now eclipse $1.67 million.

Event #5: $50,000 Short Deck attracted 42 entrants and created a prize pool of $2,100,000 that paid the final six players as Ivan Leow held the chip lead at the final table. For Seth Davies, Chris Brewer, and Jiang, they were all at their third final table of the series with neither player having broken through for a win yet. Brewer was the first to fall before the overnight chip leader Leow fell next in fifth place. Paul Phua exited in fourth place before taking his seat in the PokerGO streamed cash game featuring Tony G, Leon Tsoukernik, and Rob Yong.

Once Timofey Kuznetsov was eliminated in third place, either Davies or Jiang were going to turn their third final table into a win, and once the dust settled, it was Jiang emerging victorious to be crowned the Event #5 champion for $756,000 in prize money.

As a result of this event’s conclusion, Brewer closes the gap on Cary Katz and becomes the sixth player to amass over $2 million in earnings on the PokerGO Tour presented by Guaranteed Rate leaderboard. Davies climbs into 11th-place, while Jiang now sits 21st with 571 points from just three qualifying results. 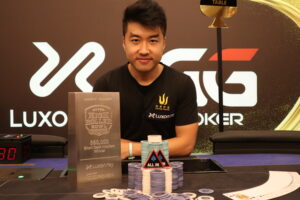