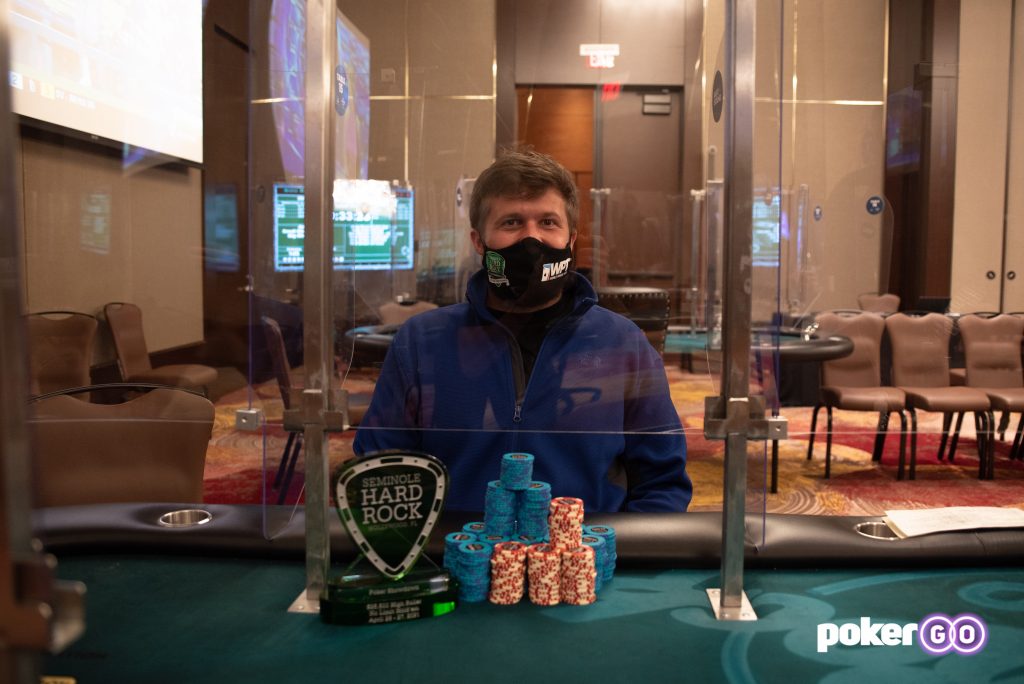 Following a three-way chop, Chad Eveslage has been declared the $25,000 High Roller champion and awarded the $767,576 first-place prize.

The final eight players would be led by Byron Kaverman and Sean Perry who sat on stacks of close to four million in chips. After a handful of doubles to begin final table play, Rania Nasreddine would be the first to fall when she ran into Kaverman’s trips. Michael Rossitto followed next when his king-queen couldn’t outdraw the ace-jack of Kaverman to leave the final table down to six.

As Kaverman pushed his chip stack to over six million, Chris Brewer would log his second high roller cash of the trip when his pocket sevens failed to improve against Perry’s pocket tens. Derek Gregory was the next player to fall when Brock Wilson turned a broadway straight after all the chips went in preflop.

Now down to four players, action circled through to dinner where Kaverman went to break holding half the chips in play. Once cards hit the air, it would be Eveslage’s turn to make a run as he found a lucky double turning a wheel against Kaverman’s bigger pocket pair, before turning a gutshot a few hands later to hold the chip lead with over six million in chips. Wilson’s run would eventually end in fourth-place when his pocket threes lost a race to Perry’s king-jack before the final three players agreed on an ICM chop to end the $25,000 High Roller with Eveslage crowned the champion.

With Chad Eveslage holding the biggest chip stack to take home the lion’s share of the prize pool, he has been declared the winner of the $25,000 High Roller.

The final three players have decided to do an ICM chop under the following payouts:

and Wilson was eliminated in fourth place for a $286,520 payday.

Chad Eveslage raised to 275,000 on the button and Brock Wilson called in the big blind.

Wilson called, and when the turn fell the

Eveslage bet out 125,000 and Kaverman called as the turn landed the

. Eveslage checked, and Kaverman bet 400,000. Eveslage called as the river landed the

and he checked once again.

for trips, but Eveslage tabled his

for a straight to collect the pot and move into the chip lead. 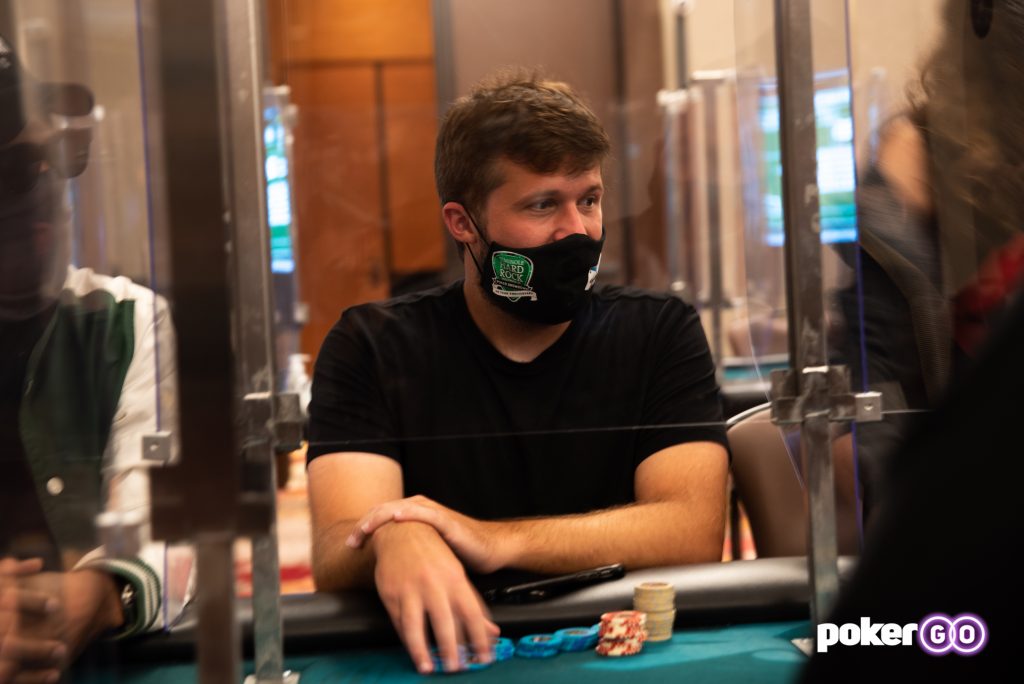 From the button, Chad Eveslage shoved all in for 2,300,000 and Byron Kaverman called in the small blind.

and Eveslage spiked a straight on the turn to stay alive.

Byron Kaverman raised to 275,000 from under the gun and Chad Eveslage called in the big blind. 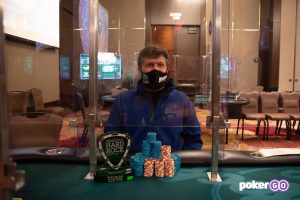 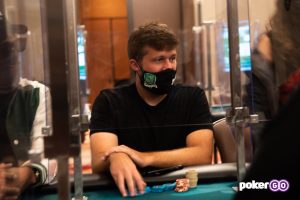 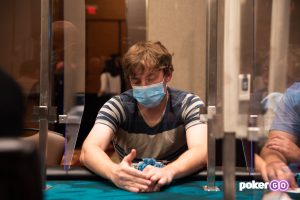 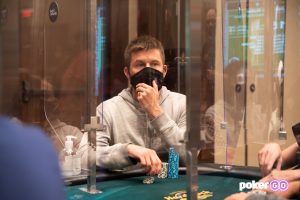 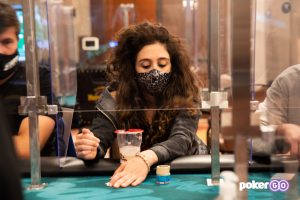 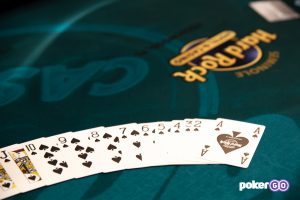 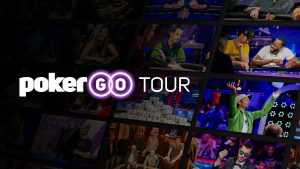 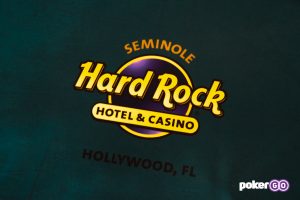 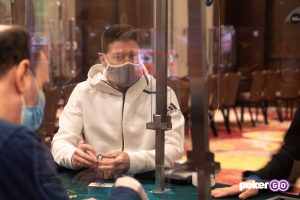 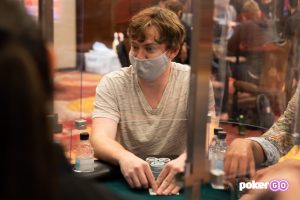 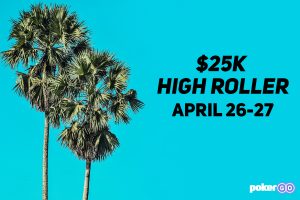