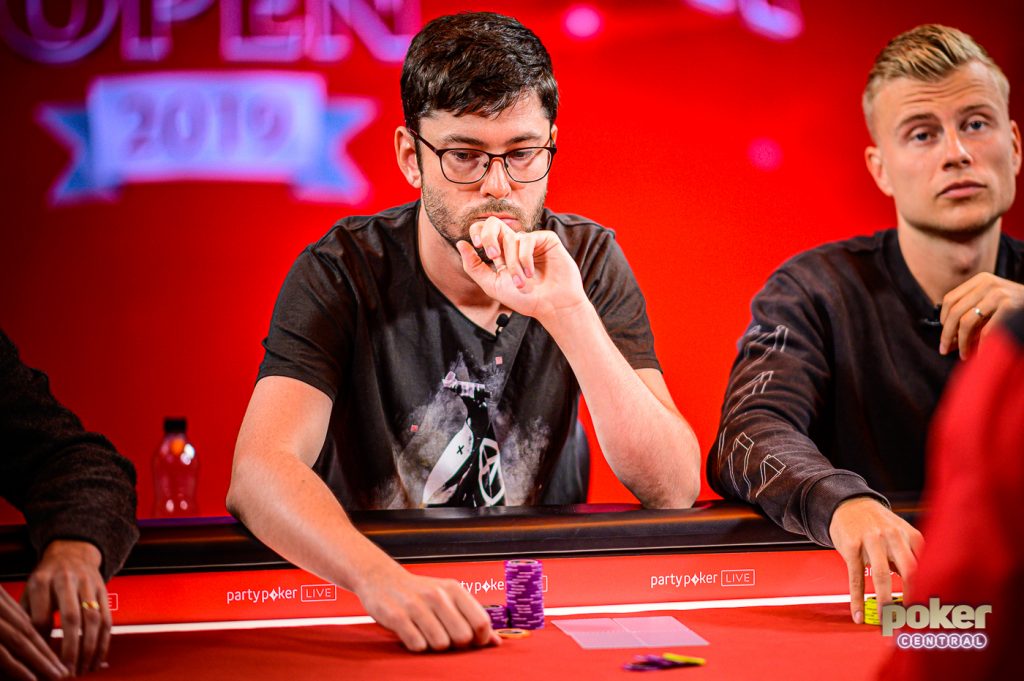 Andrew Pantling was one of the early chip leaders and it was more or less a wire-to-wire run to the Super High Roller final table. The Canadian was at or near the top of the leaderboard for nearly all of Event #5 and Pantling will now pace the final five into tomorrow’s restart. 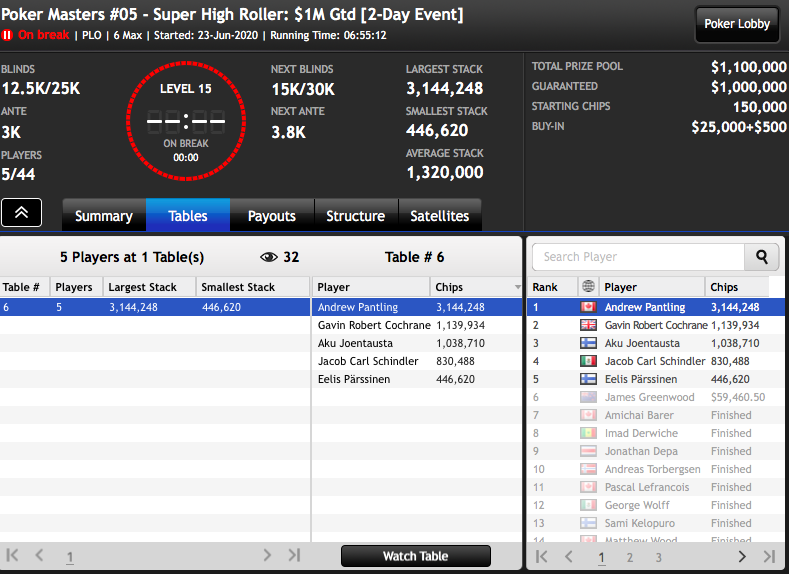 Gavin Cochrane is back at a Poker Masters Online final table and over the 1,000,000 chip mark – but well off Pantling’s 3,000,000 chip total. Short stack Eelis Parssinen is also recording his second PMO: Pot Limit Omaha cash. 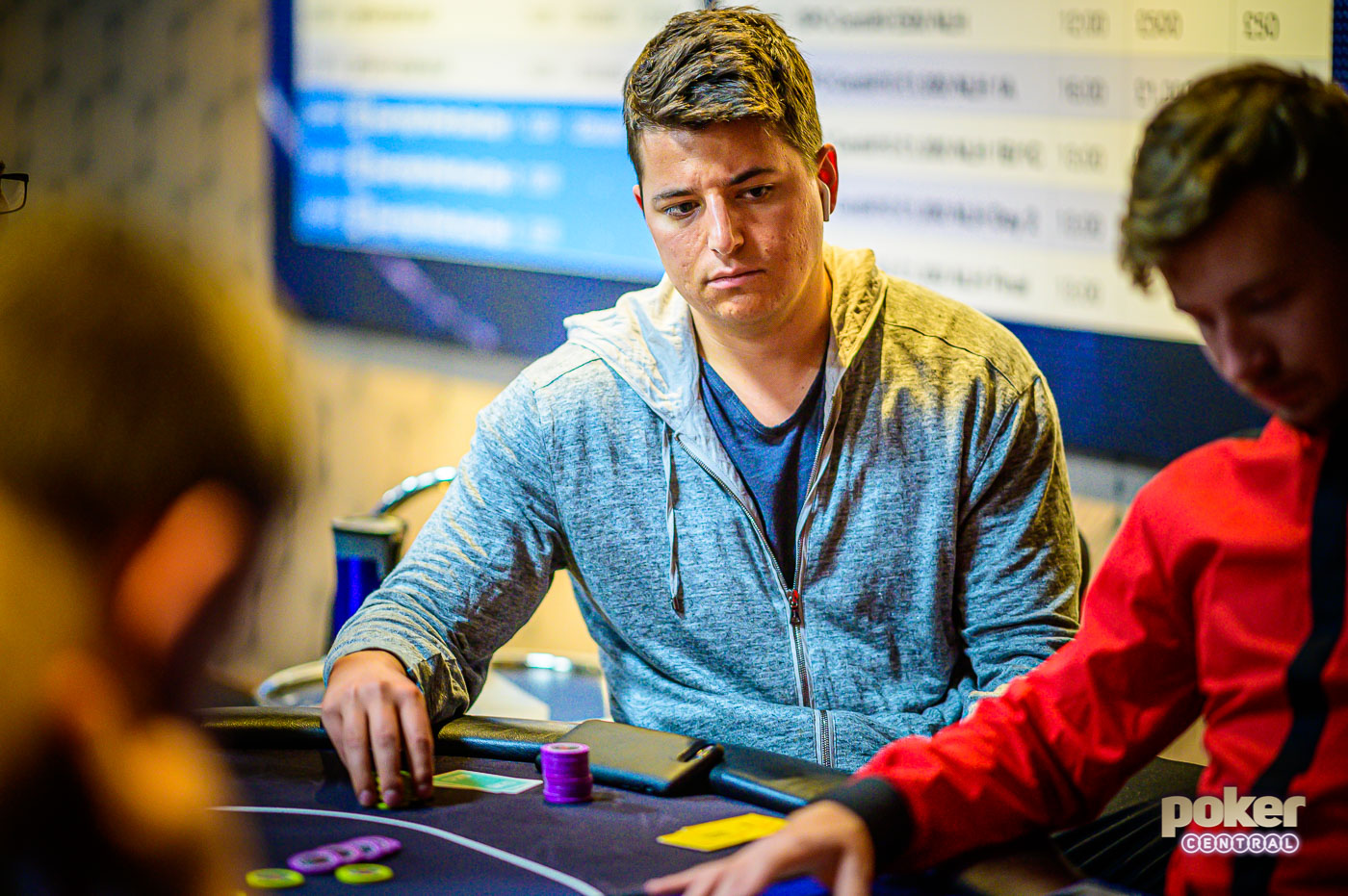 Jake Schindler (pictured) and Aku Joentausta will return below the chip average. 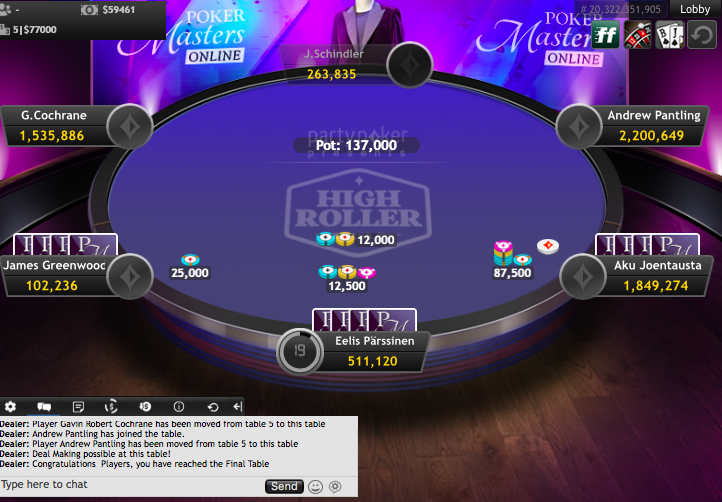 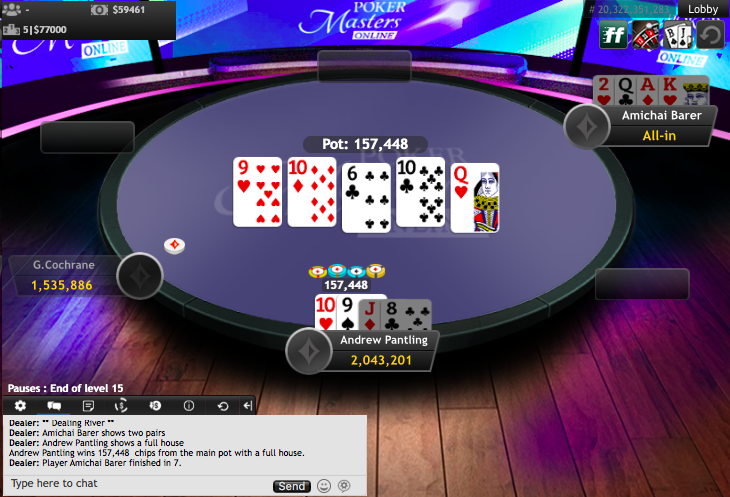 Pantling flopped two pair and had Barer drawing thin, before he was dead after the turn. The final six have moved to the final table and the Super High Roller is officially in the money. 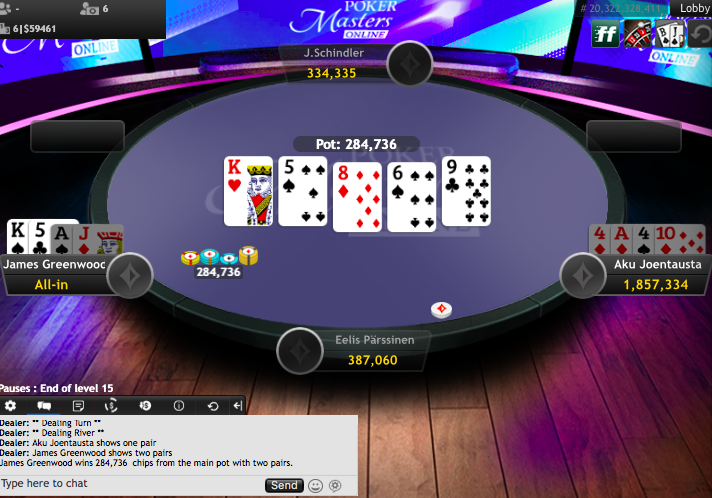 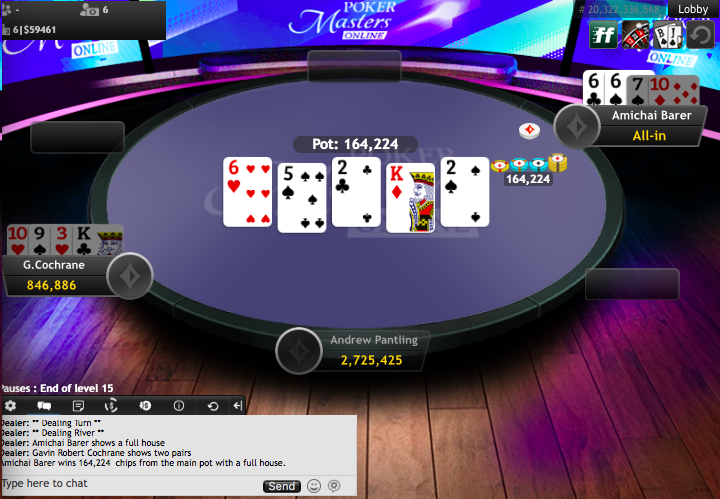 Shortly after those doubles, Jake Schindler moved all-in on Table 1. He was not called. All three players are still short and Event #5 is still on the bubble.

The surviving players will return to play to an Event #5 winner tomorrow.

An update of the counts on the bubble is provided below:

Another Cochrane Through Pantling Double

Table 2 has been turned on it’s head over the first half of Level 14.

At the start of the period, Andrew Pantling had over 3,000,000 chips, while Gavin Cochrane and Amichai Barer were near 15 big blinds. Fast forward 15 minutes and Pantling has been cut in half – after Gavin Cochrane doubled through him again. 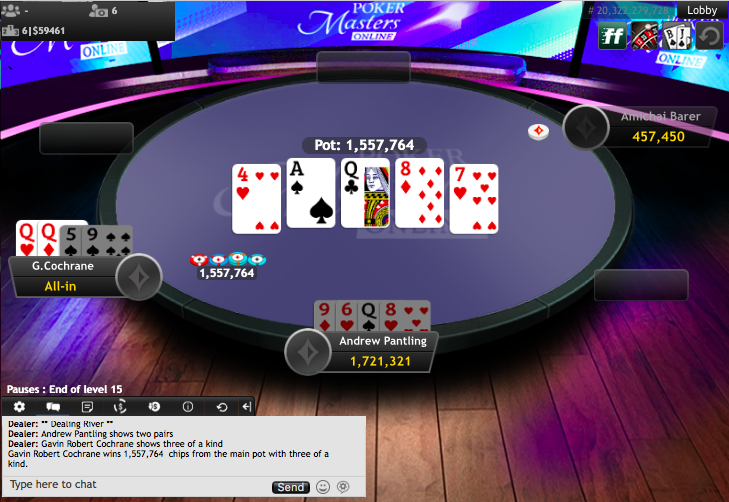 Pantling bet the pot on the flop and turn, before Cochrane moved all-in. Pantling called and he was up against another set.

First, Cochrane held pocket kings in a blind vs. blind situation. The chips got in pre and Cochrane held to score his first double. 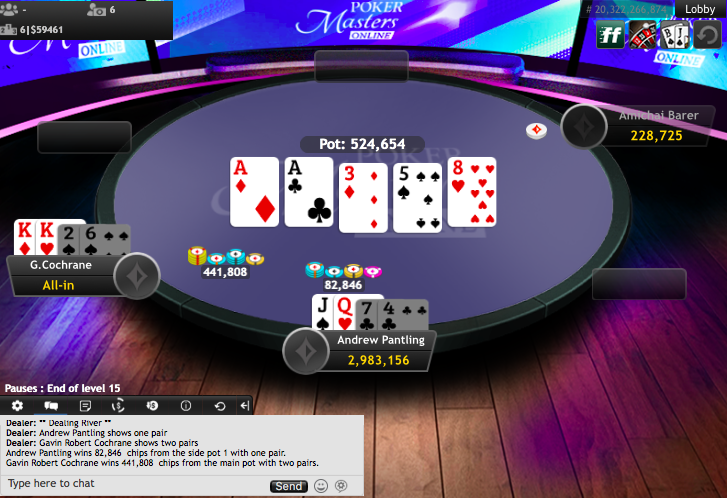 A few hands later, he picked up aces and another double through Pantling. 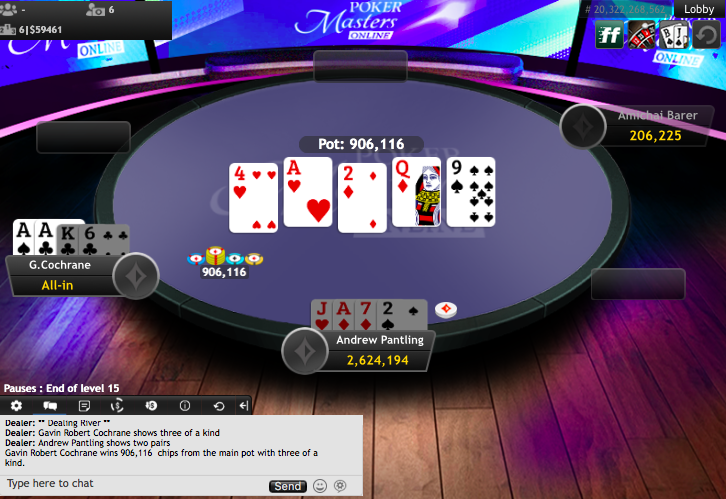 Cochrane is now near the 1,000,000 chip mark and a second Poker Masters Online: PLO final table.

After the elimination of Jonathan Depa and Imad Derwiche, the $25,000 Super High Roller is officially on the bubble.

Six players will cash, with a reminder of the payouts provided below:

Amichai Barer has had an up and down Level 13, first winning a big pot against Imad Derwiche and then doubling Gavin Cochrane.

Action was picked up with Barer betting the pot on the turn against Derwiche. 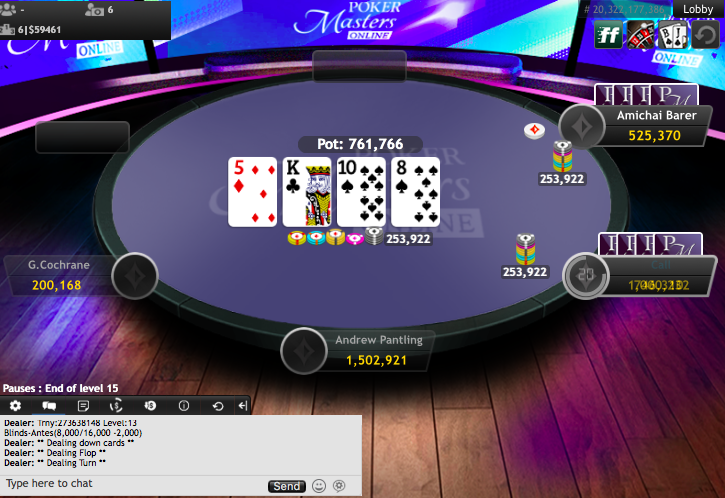 Derwiche called and then both players checked the turn – with Barer taking the 761,000 chip pot with a set. 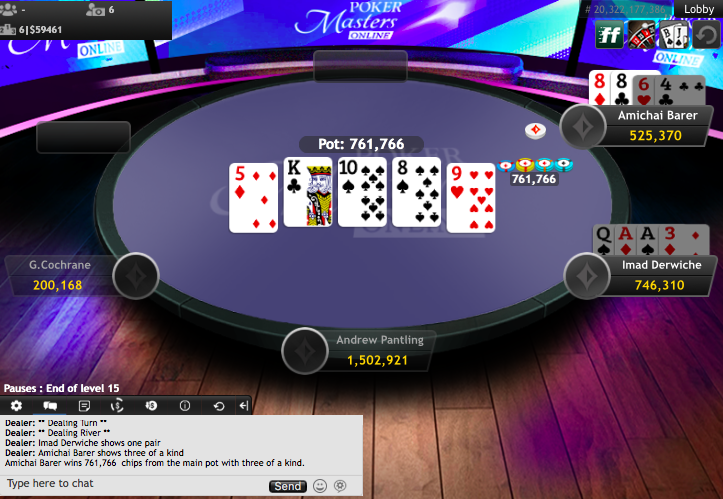 A few hands later, short stack Gavin Cochrane took a bite out of Barer to get back into Super High Roller contention. 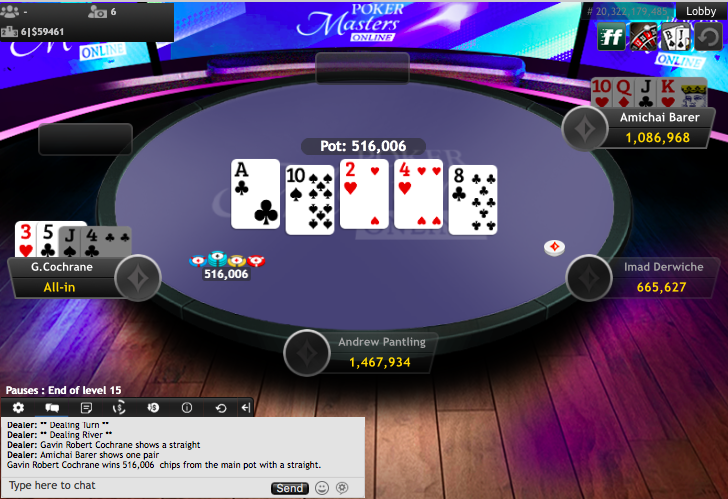