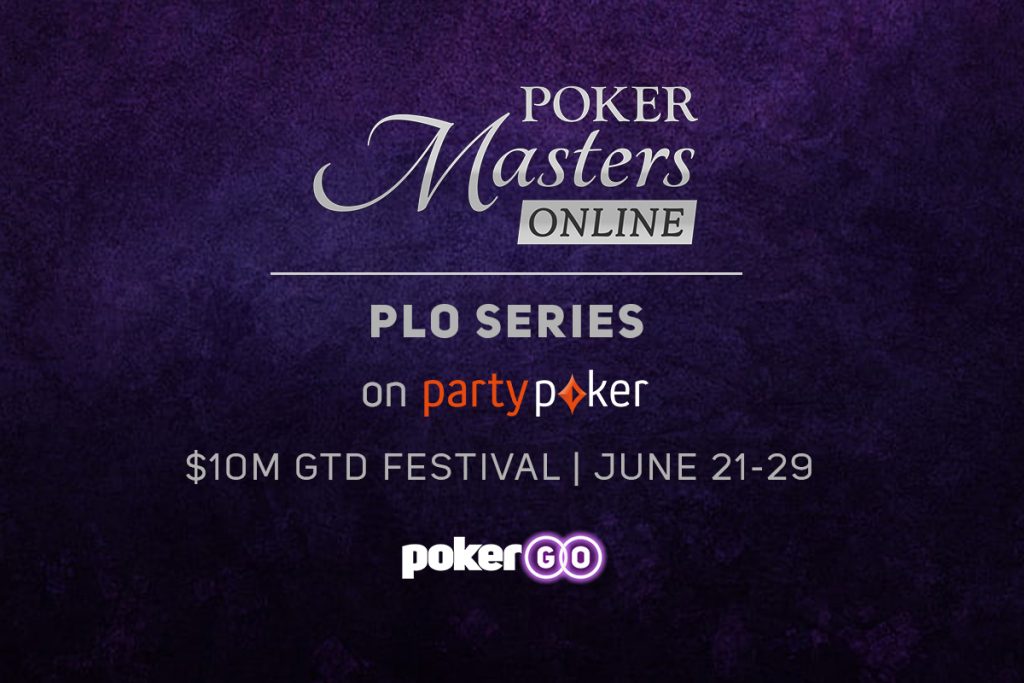 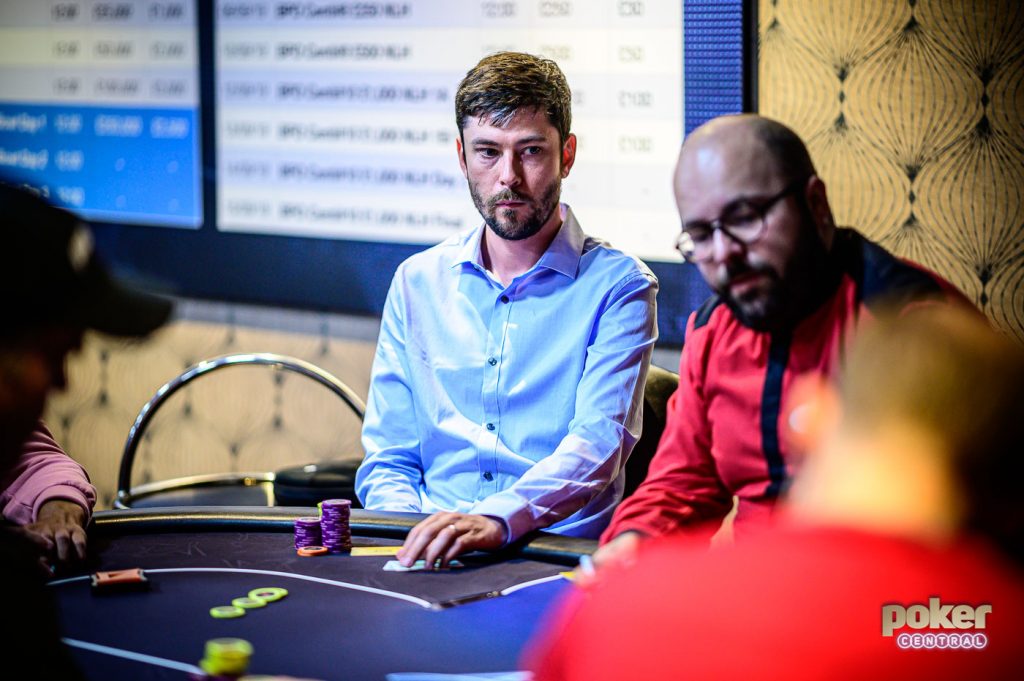 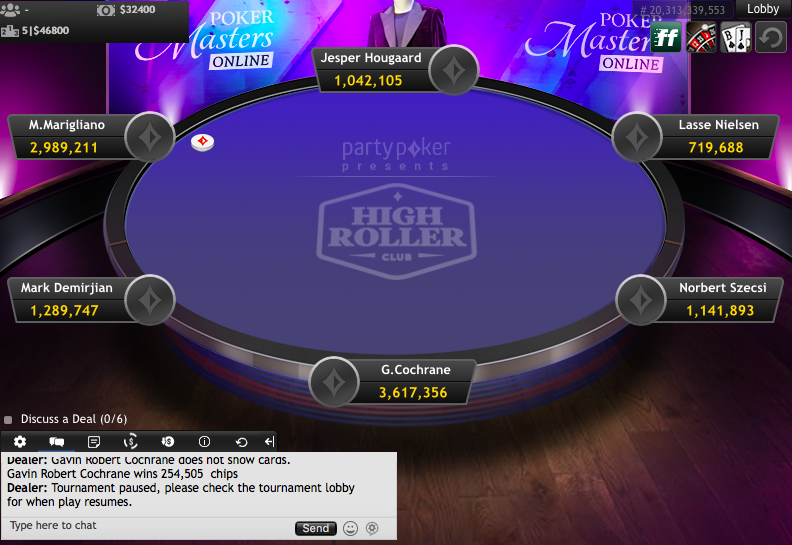 Gavin Cochrane has continued to crush heading towards the end of Day 1. He just scored another elimination, to bring Event #1 to the final table.

This time, Niklas Astedt was the victim and while the Swede will miss out on the final table – he does earn just over $26,000 for his first Poker Masters Online: Pot Limit Omaha cash.

Lasse Nielsen has been the short stack since the two table redraw and while he’s still at the bottom of the leaderboard, he now has a little more to work with. 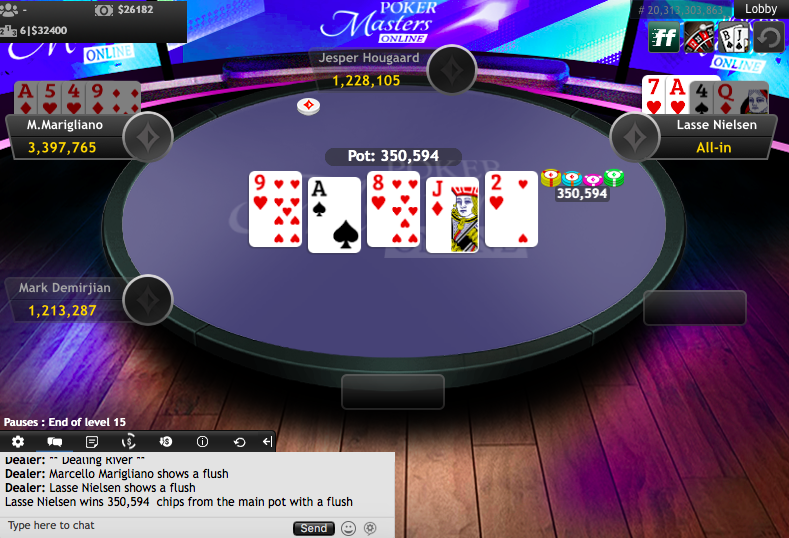 Nielsen doubled through chip leader Marcello Marigliano – who remains the only player over 3,000,000.

Gavin Cochrane just scored another knockout to leave Event #1 one spot shy of the final table. Finland’s Niko Soininen was the victim, after he put in a three-bet pre. 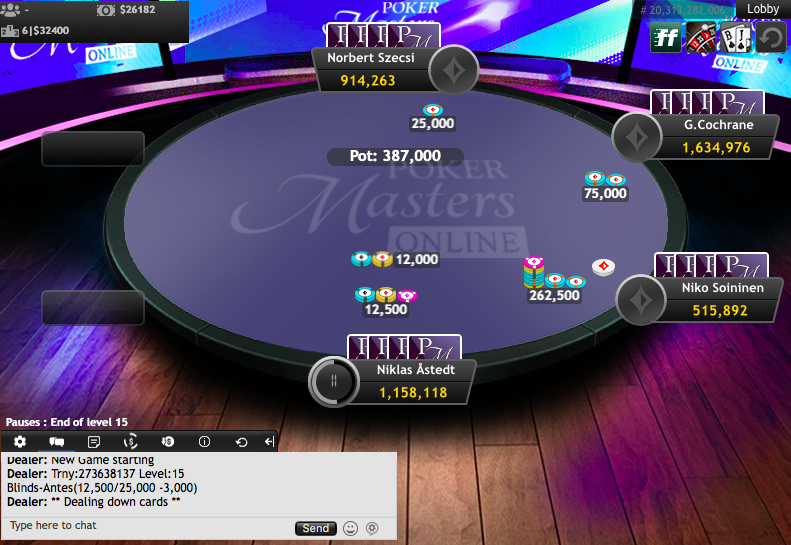 Cochrane was the only player to call and after the flop, he shoved and Soininen called to put himself at risk. 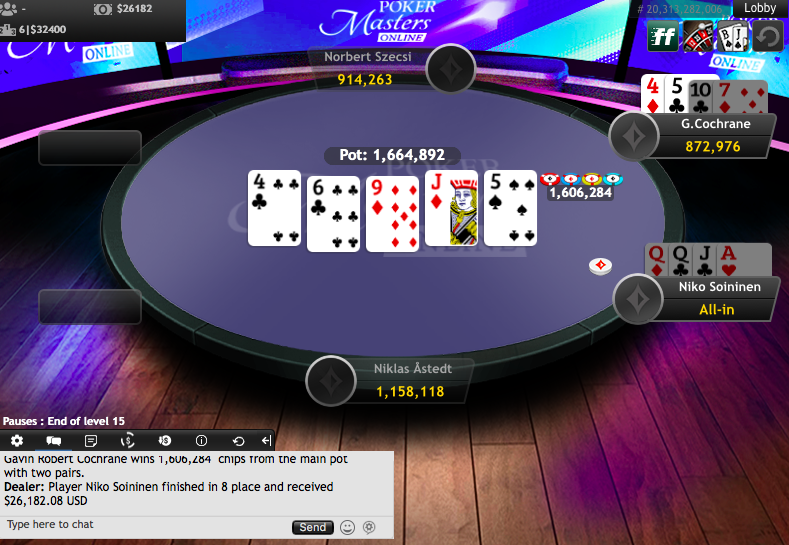 Soininen had the best of it, but Cochrane had the better runout. He’s now well over 2,000,000 chips with seven players remaining.

We picked up Gavin Cochrane’s elimination of Sam Trickett before the bubble, but the Brit’s most recent knockout was missed. Former chip leader Andreas Torbergsen was eliminated by Cochrane in 9th place – good for a $26,000 score.

A few hands later, Cochrane doubled Niko Soinen and some more movement has occurred. Here’s how Table 2 currently stacks up: 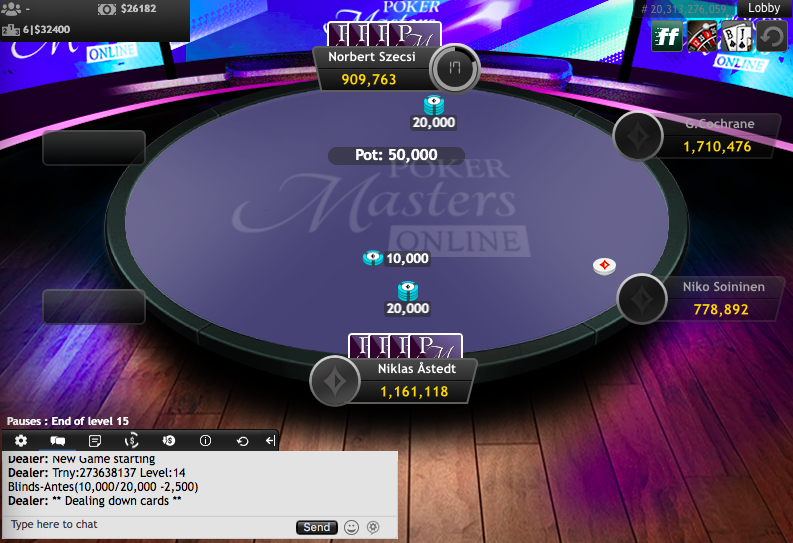 Almost immediately after Jason Mercier hit the rail, partypoker pro Sam Trickett did the same. Trickett got all-in on the flop against Gavin Cochrane, who had flopped two pair. 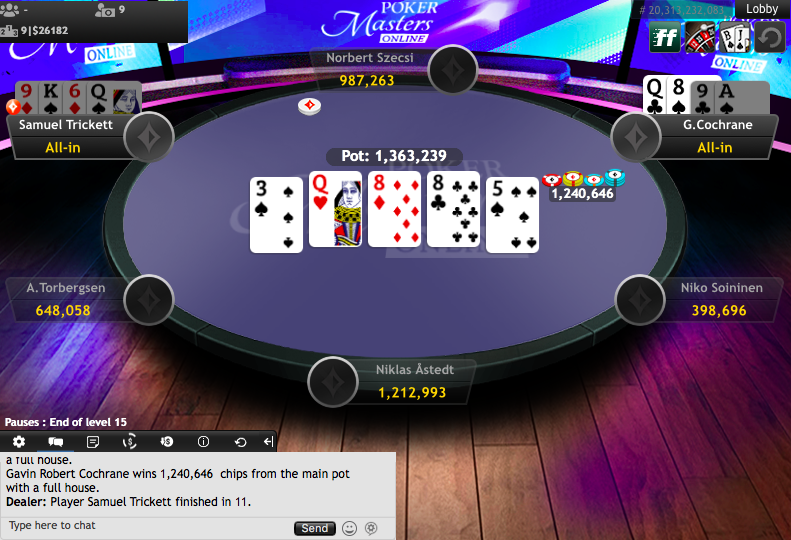 Cochrane improved to a full house on the turn and Trickett was eliminated in 11th place. A few hands later, Eelis Parssinen became the Event #1 bubble boy. 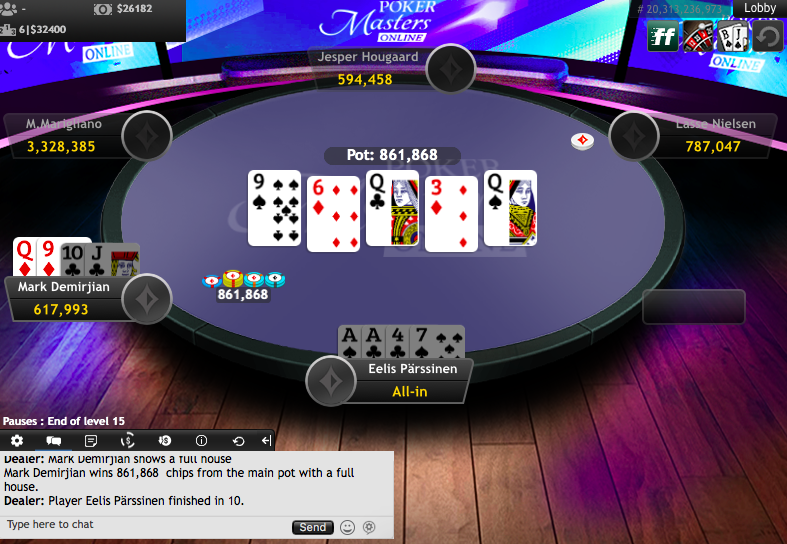 His aces were cracked by Mark Demirjian and the remaining nine players are officially in the money. Play will continue until the end of Level 15.

Shortly after the start of Level 14, Lasse Nielsen found a double against Mark Demirjian. The short stack check-called a bet on the flop and then called an all-in on the turn. 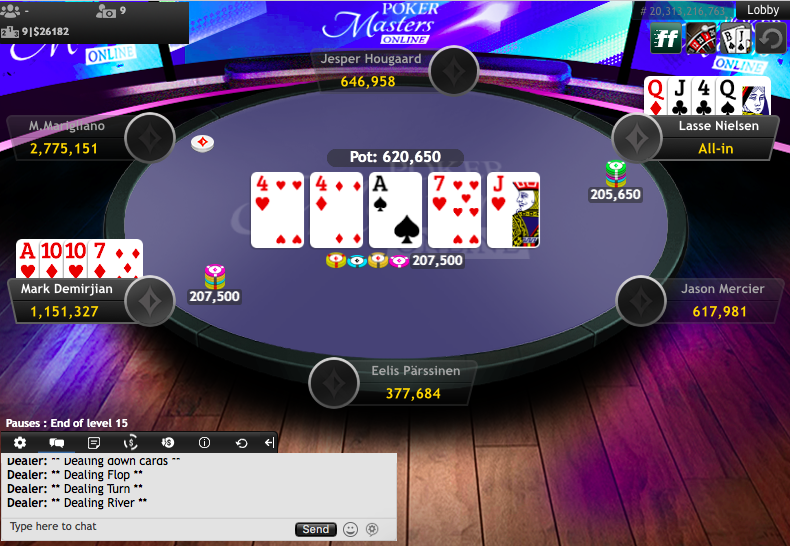 The river completed Demirjian’s flush, but Nielsen improved to a full house. Both players are now on either side of the chip average. 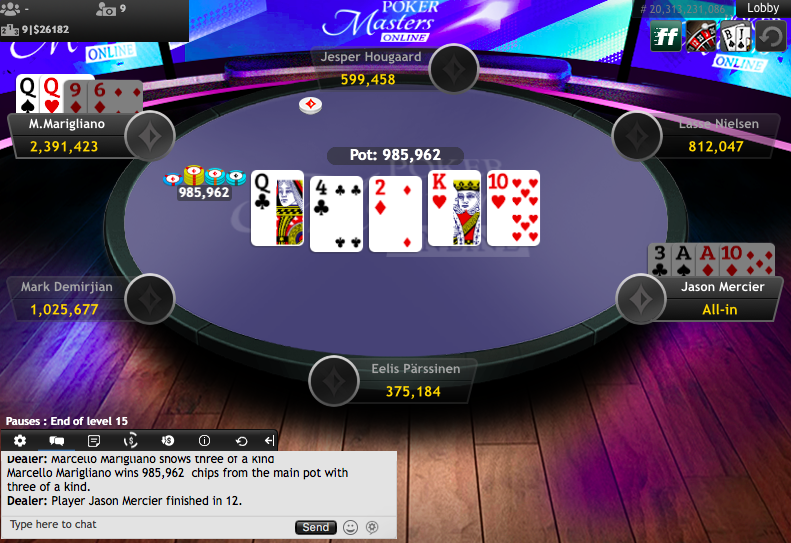 A few moments later, Jason Mercier was all-in at the same table. Mercier three-bet pre and then shoved the flop. Marcello Marigliano called and Mercier was up against a set. He was eliminated in 12th place. 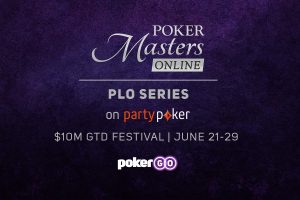 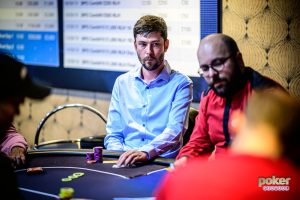