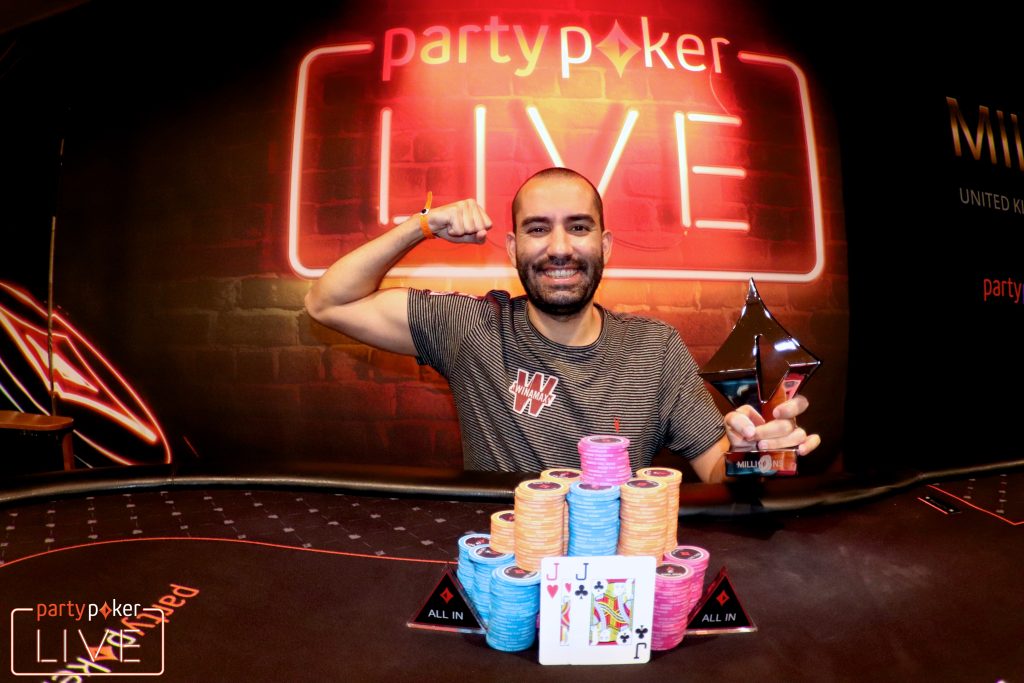 Vieira won $250,000, one of the biggest scores of his career. After winning his first bracelet at the WSOP last summer, this is another crown achievement for the gifted poker player.

Kahle Burns was close to grabbing his second partypoker high roller trophy of the week, but missed out on the top spot and had to do with second place in the $10,300 partypoker MILLIONS UK High Roller Finale.

While the window card was the

giving Burns possibly some home, the

on the turn, it was all over and Burns and Vieira shook hands. The

on the river was there just to make things official and Burns exited in second place.

An extensive recap of today’s action is to follow later today.

Kahle Burns limped in and Joao Vieira checked. They both checked the

Another Big One for Vieira

on the turn before the

completed the board. Vieira checked and saw Burns use his full 30 seconds before betting 7 million. Vieira called instantly.

river was checked through and Vieira won the pot showing

Alex Foxen (small blind) and Joao Vieira (big blind) got their chips in the middle before the flop. Seeing their hands, it wasn’t a surprise the two got it all in.

The board ran out an uneventful

and Foxen hit the rail in third place.

Joni Jouhkimainen opened first to act for 1,150,000 and Kahle Burns on the button called. Small blind Alex Foxen called as well before Joao Vieira in the big blind had his option. After thinking about it for a bit, he squeezed to 5.5 million.

Jouhkimainen tanked and used two time bank extension cards before shoving all in for slightly more than the raise. Burns and Foxen instantly folded, Vieira called.

flop wasn;t good for Jouhkimainen who lost the aces as outs. The

on the turn and

on the river weren’t cards he was looking for either and Jouhkimainen said his goodbyes in 4th place, good for $90,000.

Another Lucky Double for Jouhkimainen

The first hand back from break, Joni Jouhkimainen shoved for 7,625,000 from the button. Big blind Alex Foxen called.

Foxen was well ahead but would lose the hand on the river: 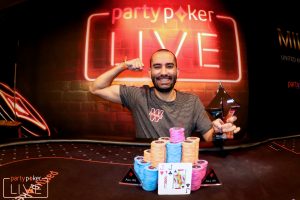 Nagygyorgy and Fitoussi Bust within Moments of Each Other: Bubble Over
January 12, 2020 at 7:48 am ET