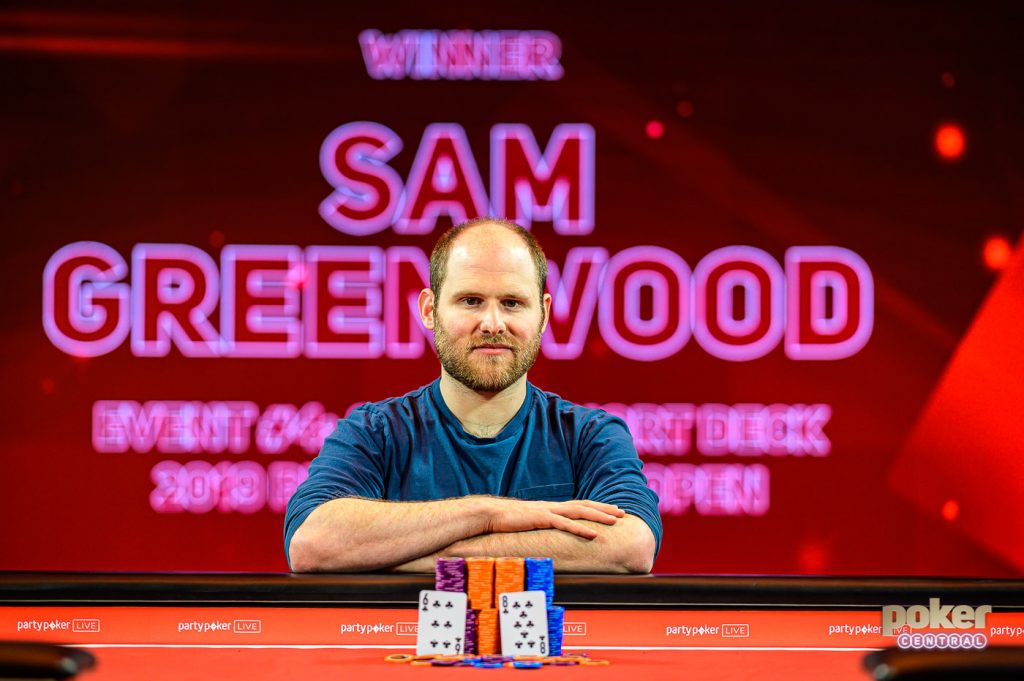 After a short day to match the Short Deck format, Sam Greenwood blasted his way to victory in Event #4 of the British Poker Open by defeating Robert Flink heads-up at Aspers Casino.

With Cary Katz going into his fourth successive final table this series as a massive chip leader, the Poker Central supremo would have had high hopes of taking it down, but it was not to be after a series of early-stage runouts that would frustrate the most patient of pros.

Danny Tang was first to leave, however, the Hong Kong player busting when his

failed to stay ahead of Robert Flink’s

Katz, for so long the leader in this event, would bust next, albeit for £24,000. His pocket aces were cracked by Sam Greenwood’s

when the board ran out

to send Katz out of the door and give Greenwood the lead.

TSANG AND FLINK FEEL THE FORCE

Both Anson Tsang and Robert Flink, who reached his second final table of the four events like Greenwood, could do nothing to prevent the latter from claiming yet another win in a spectacular year for the pro from Canada.

Tsang left the action when his

was skittled by Greenwood’s flopped trip kings, and just a few short minutes later, it was all over, as the heads-up battle saw Greenwood make a flush when the money went in on the turn of a board showing

for a flush and Flink with the

for a straight. Flink still had outs, but only a club would do for the Swede, and the

was not what he needed.

“I registered, went on this crazy heater and won every all-in basically,” said Greenwood moments after his victory. “It happens a lot in Short Deck; people go from having all the chips to having no chips. I sprung 100,000 up to 1.5 million.”

Greenwood did exactly that and knows how the variance of tournament poker, and Short Deck in particular, helped him.

“On the bubble, there was intricate finesse to it, then I cracked Cary’s aces and it was just the easiest tournament I’ve played in a long time!”

It’s a victory that gives Greenwood a real foothold in the race for winning the British Poker Open leaderboard.

Here’s how everyone at the final table today fared:

That all means that the overall leaderboard in the 2019 British Poker Open sees Sam the name to beat, with Greenwood closing in on Soverel at the top with six events to play. Who’s your money on? 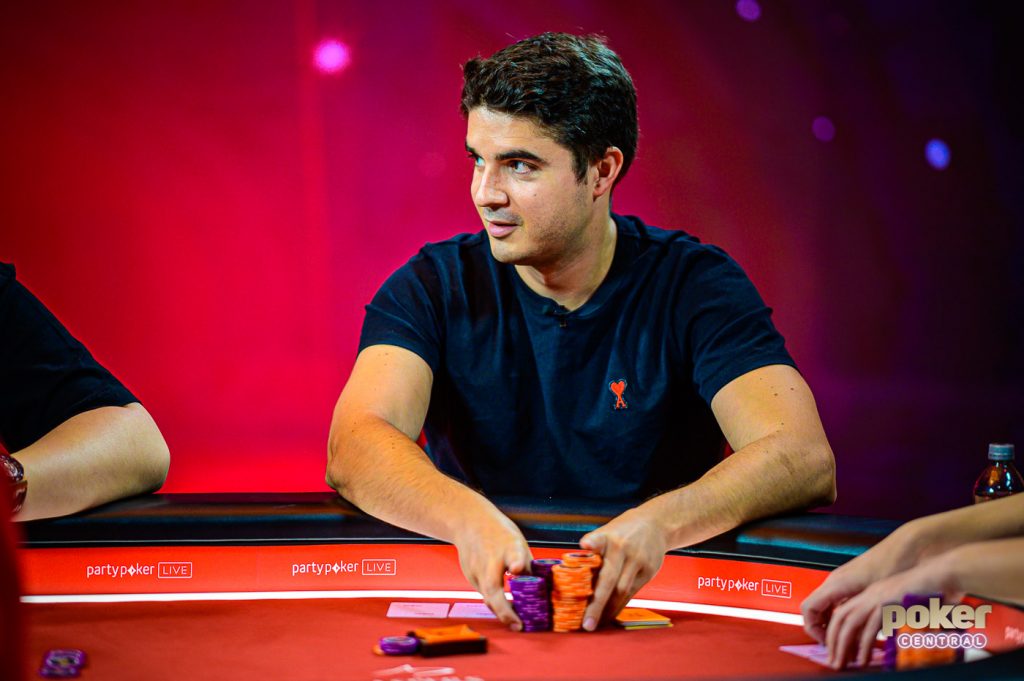 On the final hand of the tournament, after Robert Flink had dropped a string of pots to Sam Greenwood, the Canadian pro called the double ante after which the Swede checked.

The flop brought out

giving Greenwood a flush and Flink a straight.

Greenwood checked his option and Flink paused for a while before moving all in. Greenwood called right away to create the following showdown.

to give Greenwood the victory. 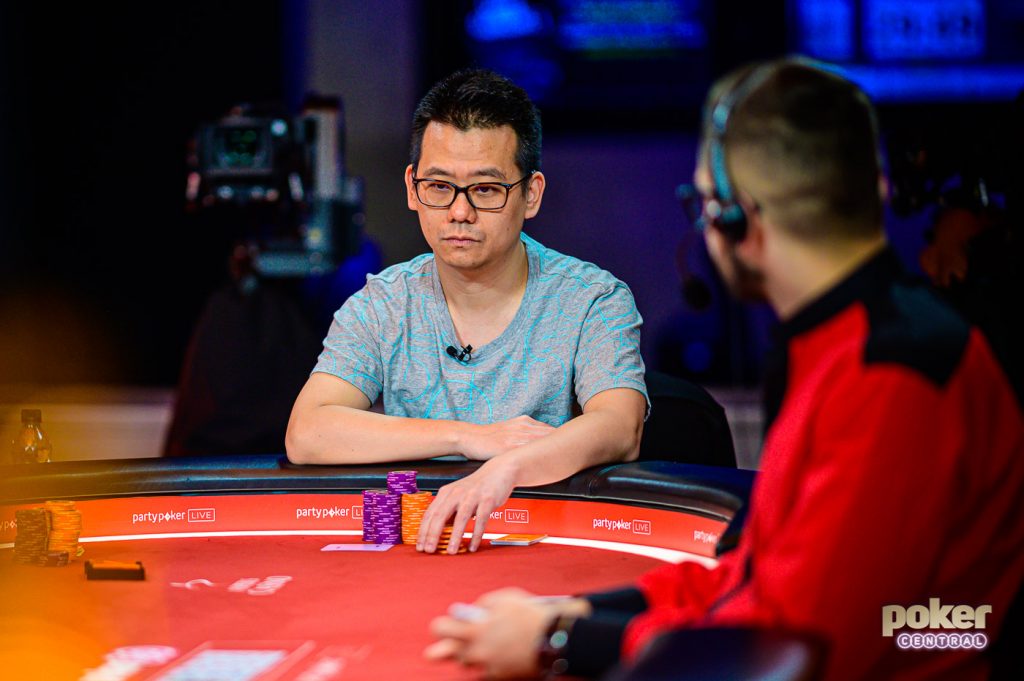 Anson Tsang just moved all in for 1,300,000 and Sam Greenwood moved all in over the top after which Robert Flink folded pocket nines.

and Greenwood sent Anson Tsang to the rail in third place. 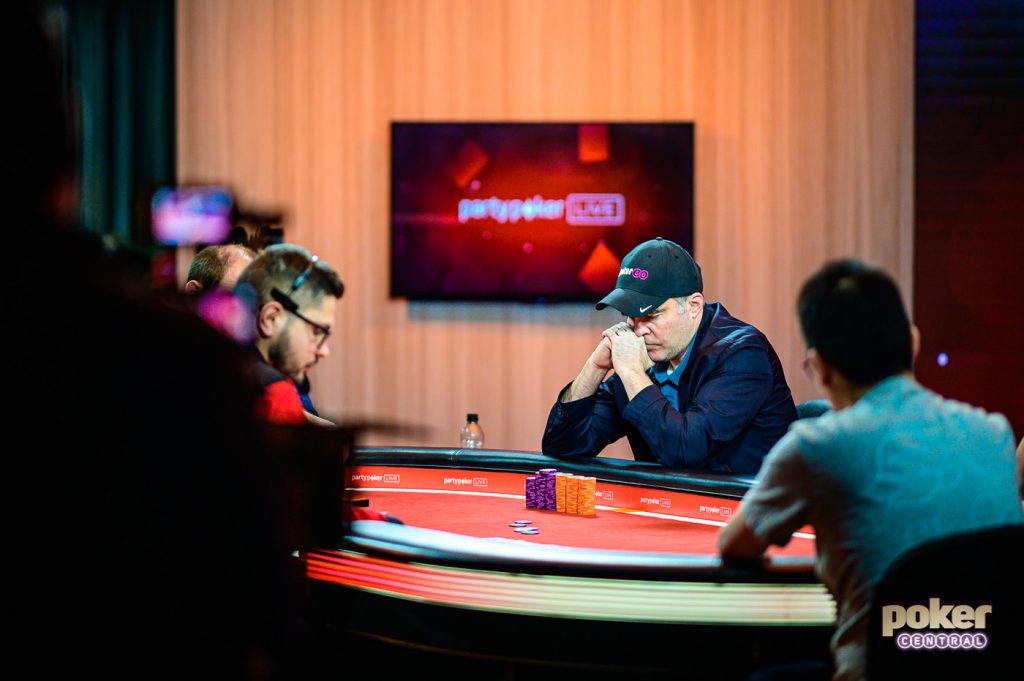 After a rough few orbits without any wins, Cart Katz just moved all in for 530,000 and Sam Greenwood made the call on the button.

and Greenwood’s two pair took down this pot to send Katz to the rail.

The players are taking a short break. 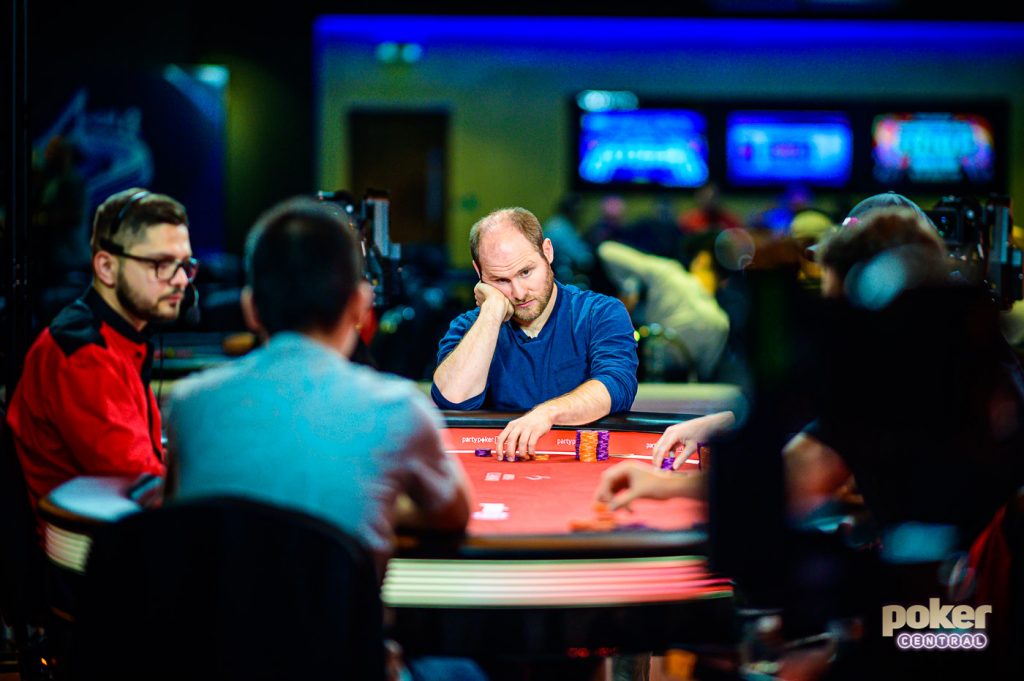 Sam Greenwood limps in with

and Cary Katz checked his option with

after which the flop brought out

and Greenwood check-called a bet.

The turn brought the

Both players checked and the river completed the board with the

. Greenwood bet 400,000 on the river and Katz gave it some thought before folding his cards. 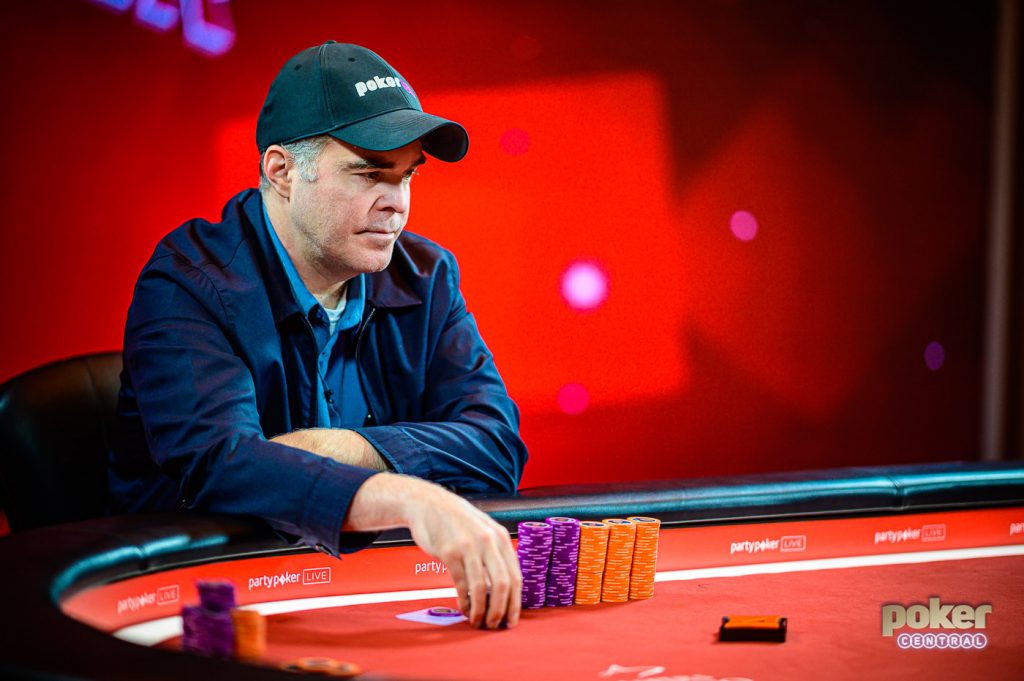 and Cary Katz checked his action with

saw both men pick up a pair and straight draw, but Katz had the bottom pair while Greenwood had top pair. Greenwood’s flop bet of 60,000 was raised to 175,000 by Katz and Greenwood had pause for thought….only to shove!

Greenwood moved all-in for 915,000 and Katz was in a horrible spot, thinking he had a chance to win much bigger than he actually had. But whatever instinct kicks in for the top pros did just that, and Katz made a great fold, laying it down.

In the very next hand, Katz three-bet all-in with

With just a 42% chance of winning the hand, the flop of

saw Katz take the lead, however, and the

kept that the case. Flink needed a king to bust Katz, and he was unable to find it, as the

landed on the river to give Katz a way back into the action. 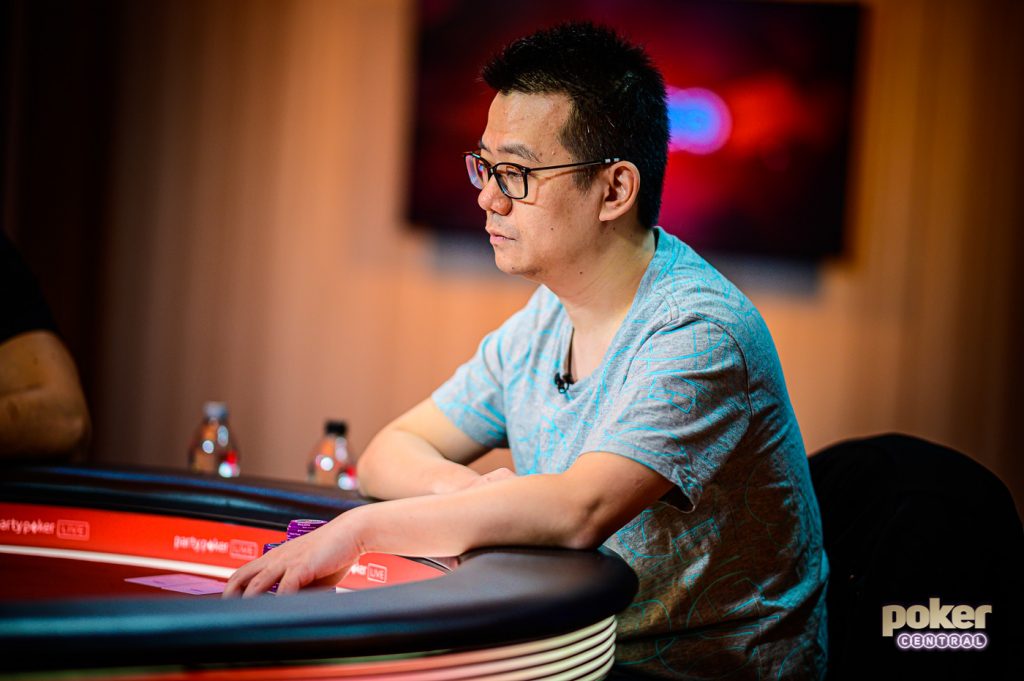 and Cary Katz called with

. As the commentary team of Jeff Platt and Brent Hanks said in the booth, it was “the classic coin flip.”

saw Tsang remain ahead, a 64% chance of doubling up. The

turn saw the odds for an elimination get even longer, and the river

confirmed Tsang’s route back into the action. Katz, meanwhile, drops right back down the order.