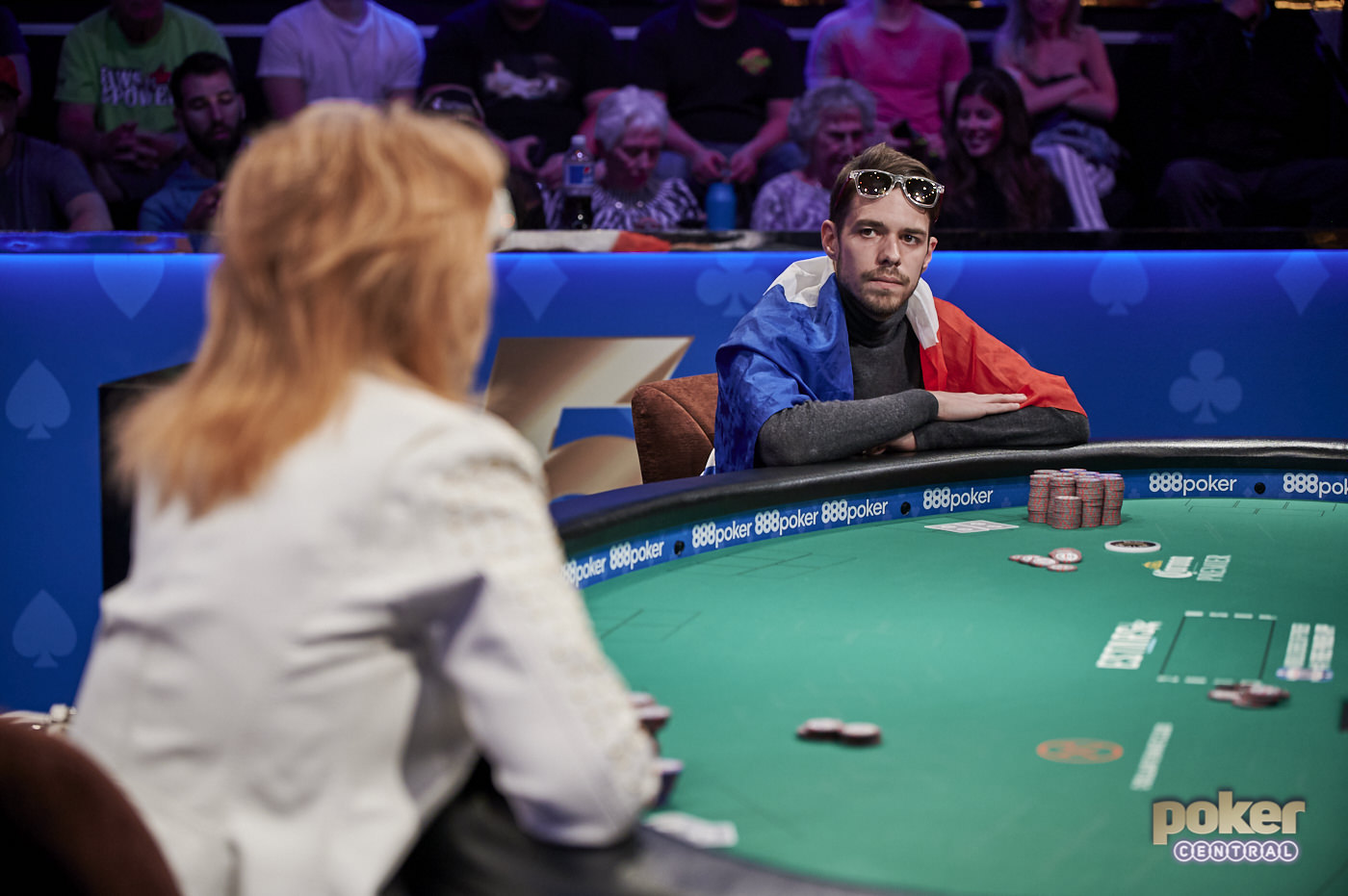 A huge day of action at the Rio All-Suite Hotel & Casino saw the WSOP Main Event get underway in style, with some players busting out in dramatic fashion.  But it also saw six other tournaments either reach a conclusion or build closer towards a climax as the World Series of Poker 2019 truly hit melting point.

Jeremy Saderne won the $1,000-entry Mini Main Event for $628,654 when he bested a quality final table and took down Lula Taylor, a clear crowd favorite, heads-up to take the title.

With a boisterous French rail supporting Saderne and almost everyone else behind Lula Taylor, a recreational player turned bracelet challenger, it was one of the most entertaining final tables of the WSOP so far.

With 5,521 players taking on the Main Event for those with a lower bankroll than a $10,000 buy-in, Saderne took the six-figure score after an afternoon of fast action in the final.

With almost $5 million in the prizepool, players like Japan’s Koji Takagi and China’s Yi Ma fell before overnight chip leader Andres Korn failed to add to his bracelet haul. It would be the unique Taylor against the more traditional modern player Saderne, with the latter eventually prevailing to send his supporters into cries of ‘Allez!’ at the final turn of the card.

ALVARADO FLUSHES OUT DRIVAS’ HOPES TO WIN THE CRAZY EIGHTS

Rick Alvarado prevailed in the aptly-titled Crazy Eights final, with the eponymous player falling one buy-in short of truly spectacular symmetry. Using seven buy-ins to the event, Alvarado took advantage of the facility to get to the final table, whereupon he played like a man with nothing to lose. In part due to that spirit, he would end up with the greatest prize of all – a WSOP bracelet.

With 10,185 entries, the Crazy Eights saw Patrick Clarke dealt the cruellest cards on the day, two and three-outed for his tournament life in the end. His vanquishers, Mark Radoja and Vivian Saliba respectively, would bow out too, but although Saliba was slain in fourth when her queens failed to catch Thomas Drivas’s pocket aces, Radoja would outlast Drivas to go heads-up, thanks in no small part to his opponent.

Alvarado was all-in with a flush draw against Drivas’s pocket kings, the aggression of the latter setting up the perfect trap, but it closed on the designer himself when Alvarado sucked out spectacularly. Dismissing Radoja, the prize of $888,888 belonged to the man who – he himself conceded – may forever be known as the master of the flush draw.

George Adams took down the $3,200-entry Online No-Limit Hold’em High Roller event, toppling Nabil Cardoso to win the latest bracelet delivered by digital thrills. With 434 entries, the event was very well supported, and the prizepool of $411,560 saw players battling hard for the victory.

Everyone pushed Adams when it got to the final table, but the player who takes to the virtual felt under the name ‘DrOctagon’ always seemed to reach what he was after and dragged in pot after pot, no matter who the hero was taking him on. Busting players in sixth, fifth, fourth and, of course, second place, Adams truly dominated the final exchanges, with Anderson crashing out to the eventual winner when his pocket queens (and Michael Vanier’s ace-ten) couldn’t touch Adam’s pocket aces.

Adams claimed the WSOP bracelet and $411,560 prize after beating Cardoso following a 30-minute heads-up battle – a comparative epic in online terms. In the end, Cardoso held pocket tens, and Adams’ pocket queens took him to glory.

CADA SHOOTS FOR BRACELET BUT VIERA LEADS THE WAY

After them, we come to the 2009 former WSOP Main Event winner Joe Cada. A phenomenon at the World Series last year, he looks to be building momentum for a spectacular late push for glory, dare we say it maybe in the Main Event again. With 3,105,000 chips, Cada will have plenty to work with and sits to the direct left of chip leader Viera, the ideal position.

French professional Pierre Calamusa (2,700,000) will retain hope, especially as he’ll be sitting at his first-ever final table at the World Series of Poker, while Barry Hutter (1,265,000) will hope to double-up early and surprise a few people.

The $500-entry Salute to Warriors event has reached its own final table, and a former Airforce veteran has the lead flying into the final day. Taylor Carroll, who retired from active duty four years ago, will be doing it for the guys and girls at Barksdale Air Force Base, where he worked for several years, and he sits behind 13,525,000 chips.

LANCASTER TAKES IT TO THE LIMIT

Mike Lancaster bagged up  1,201,000 chips in the $10,000 Limit Hold’em Championship event and will return with a strong lead, being the only person to stack up over a million chips in the tournament thus far.

Who’ll become the latest player to win a WSOP gold bracelet at the 2019 World Series of Poker? You can watch the WSOP Main Event action unfold on ESPN throughout the tournament and check out additional coverage on PokerGO.