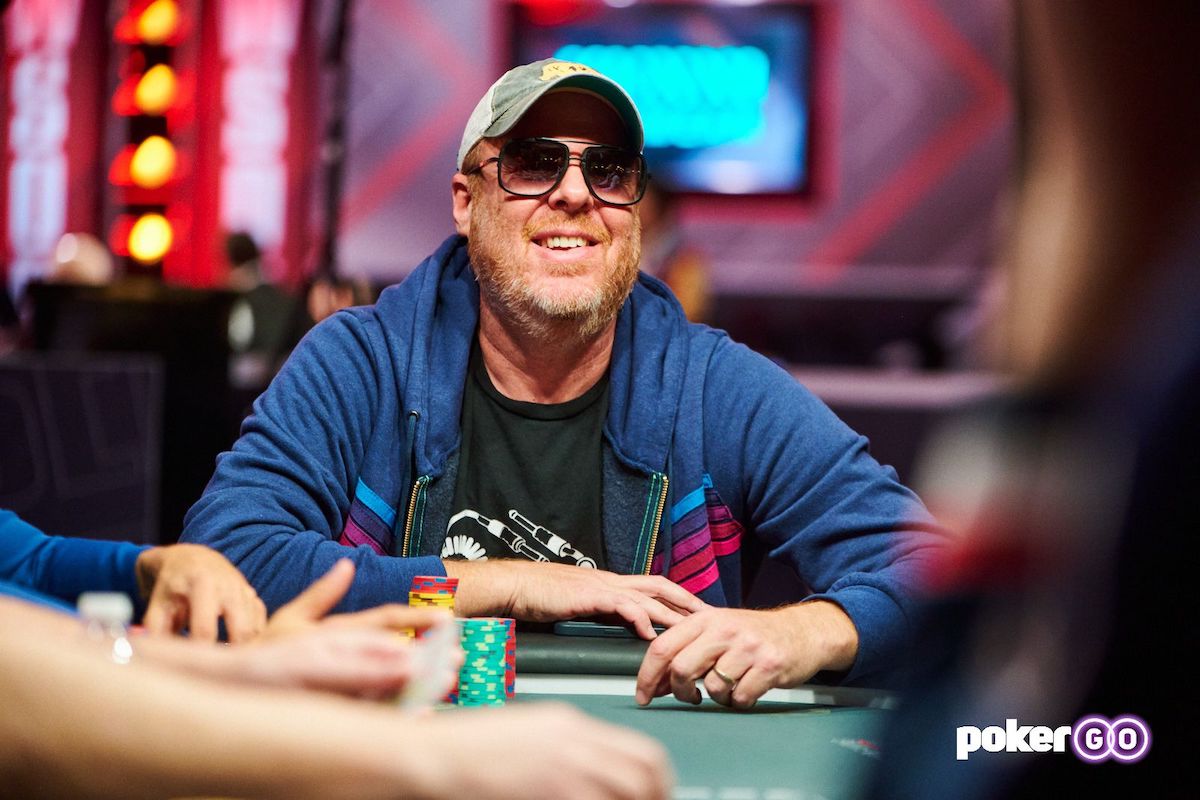 Pedro Bromfman won his first-ever WSOP bracelet as he took down a stacked final table for victory.

On a busy day of action in Las Vegas, Nevada, three bracelets were won by first-time winners, while big names such as Phil Ivey and Dan Smith both survived the opening day of the $100,000-entry Super High Roller in fine shape.

Bromfman, whose debut bracelet comes with a top prize of $294,616, made it to the final table and saw mixed game legend Eli Elezra crash out in seventh place before Farzad Bonyadi claimed another great result on the WSOP. It was the turn of online poker phenom Yuri Dzivielevski to bust in fifth place, cashing for over $71,000 before the final four were reached.

With 2022 bracelet holders Scott Seiver and Alex Livingston both making the business end of the event along with Cary Katz, it was a top-quality trio to get through for Brazilian Bromfman, but he did so in stunning fashion, as you can see right here:

Just 23 players made the cut from 52 entries in the $100,000 Super High Roller Event #42, with players such as Phil Ivey, Jason Koon and Dan Smith all making the top ten chipcounts. Despite this, there were no American players in the leaderboard’s top four when play drew to a close, with Japanese player Masashi Oya (2,765,000) on top so far in the biggest buy-in event of the 2022 WSOP to date.

Day 2 will also feature Nick Petrangelo (1,200,000) and British pair Talal Shakerchi (835,000) and Stephen Chidwick (610,000), with Day 2 due to play down to the five final players who will all return on Tuesday to fight for one of the most coveted crowns this summer.

Tom Thomas on Top After Day 2 of Millionaire Maker

After a busy Day 2 of action in Event #39, the PLO 6-Max event, Israeli player Leonid Yanovski leads the pack, with a cool 5 million chips meaning he leads 15 remaining rivals from a Day 2 starting field of 156 players. Yanovski is a great mixed game player, but if there is one man who will be determined to stop him it is his closest rival Jamey Hendrickson.

Hendrickson, who sits on 3.66 million chips, came second in Event #30 just a few days ago, the $1,000-entry Pot Limit Omaha 8-Handed event. On that night, he scored the biggest result of his poker career ($157,819) but will be desperate to go one better on the final day of this event and claim the gold bracelet and top prize.

With others such as Sean Winter (2,590,000), Jan-Peter Jachtmann (1,130,000) and Jason DeWitt (580,000) all still in contention, it promises to be an entertaining conclusion to the event. Sadly for fans of Jonathan Cohen, Alex Epstein, Matt Waxman and Scott Bohlman, those players all fell by the wayside on Day 2 and will have to try again in another tournament.

Chad Eveslage continued his already superb 2022 WSOP by leading Day 2 of the $10,000-entry Seven Card Stud Championship from Shaun Deeb. With other mixed game experts in the field, it is a super-strong 15 players who remain from the 75 who began the day, with Eveslage (1,131,000) and Deeb (1,017,000) the only two players over a million in chips.

Other big names pack out the top 10, with Daniel Zack (568,000) aiming to win his second 2022 WSOP bracelet, Poker Hall of Famer Todd Brunson (540,000) and Brazilian pro Felipe Ramos (530,000) aiming for his first WSOP gold. Brian Hastings has already won gold this summer and will aim to make it a magnificent seven WSOP bracelets when play resumes on the final day of three in this event.

American player Ramsey Stovall won his maiden WSOP bracelet in the Super Turbo event that raced from a total field of 2,227 entries to a winner on the same day. With the early action seeing plenty of big names flick in the $1k buy-in and miss out on a profitable result, such as former WSOP Main Event winners Koray Aldemir (2021) and Joe Cada (2009), others made the money, including Bertrand ‘Elky’ Grospellier (311th for $1,061), Humberto Brenes (203rd for $1,326), and Ryan Depaulo (22nd for $6,941).

Easily the biggest rail was for Paris St. Germain and Brazil soccer legend Neymar, who almost broke the internet running to 49th place for a score of $3,959), while 2021 WSOP Player of the Year Josh Arieh bagged another deep run, ending in 11th place.

Eventually, it was Stovall’s rail who cheered their man to the win as his pocket sevens held against Timothy Heng’s ace-five to win the gold bracelet and top prize of $191,268.