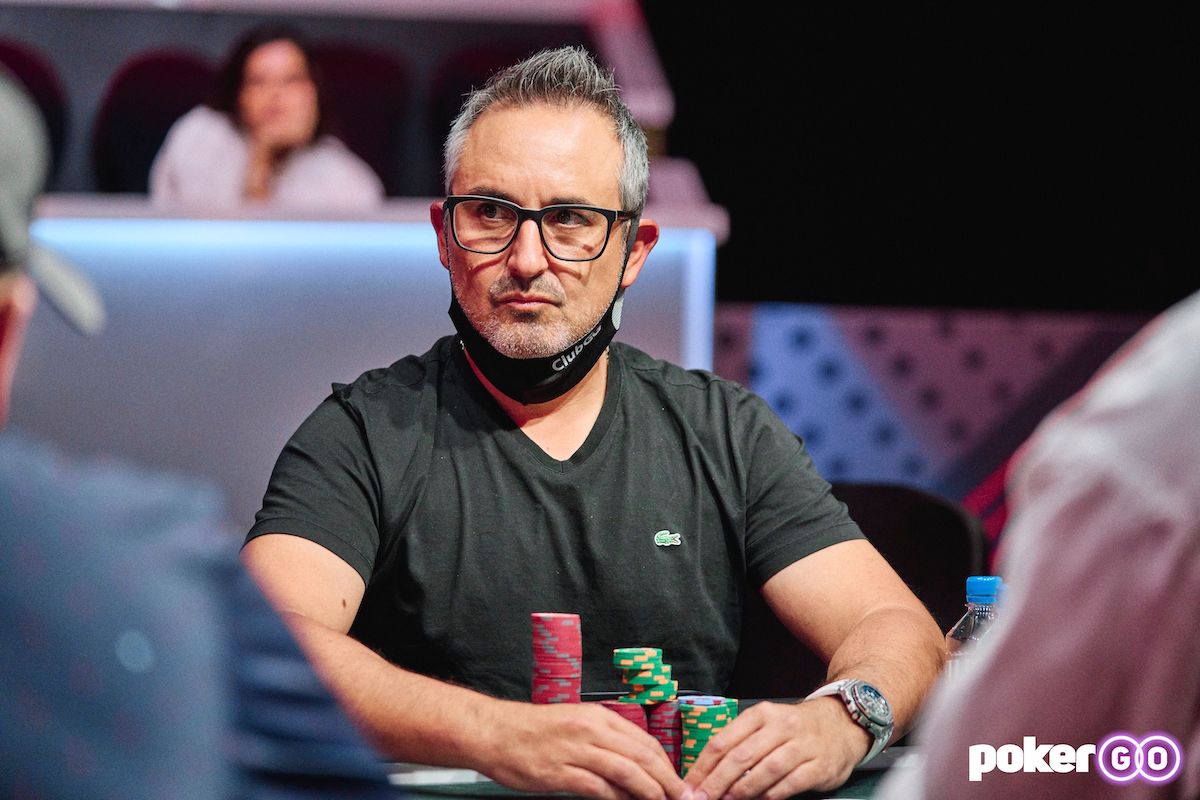 Six events raced on to the business end of their events on Saturday night as the $25,000 PLO High Roller reached its final five and two bracelets were won in the $3,000 NLHE and $1,500 Limit 2-7 Lowball events. With players such as Phil Ivey, Adam Friedman and Scott Seiver all in action, we’ve got the best of it as we look back on a huge day in the story of the 2022 World Series of Poker.

A frantic day of action took place in the $25,000-entry PLO High Roller Event where players such as Chance Kornuth, James Chen, Daniel Negreanu and Ben Lamb all busted early on, some way out from the final nine players, who then played down to five to bring the final table of the event around.

Negreanu left in 16th place for $57,738, shortly before Kornuth made his exit in 13th place for $80,105. Kornuth lost out with a pair of aces to Scott Ball’s turned straight and soon after the overnight chip leader Jared Bleznick lost out in 10th place. Just before that hand, Josh Arieh had doubled up with quad kings after two in his hand were joined by two on the flop to save Arieh’s tournament life and propel him up the leaderboard.

By the time the unofficial final table was reached, the chip leader was Fabian Brandes with 9.2 million chips, with Arieh not far behind on 8.7 million. They were by far the two biggest stacks, and between them, they dominated the final table and eliminated many of their opponents. WSOP Main Event runner-up David Williams lost his stack in ninth place, his aces cracked by Brandes, who rivered a flush to further grow his lead.

With seven bracelets shared unequally between the final five, Arieh (4), Ball (2) and Stein (1) will all be looking to win more gold, with Brandes and Li both looking for their first-ever WSOP wins. Everyone will be looking for the top prize of $1,467,739 and you’ll be able to watch all the action in the five-handed final right here.

Austrian player Stefan Lehner won his first-ever WSOP bracelet, claiming the top prize of $558,616 in Event #16, the $3,000-entry No Limit Hold’em event. Lehner got the job done heads-up against Toby Boas as the Austrian booked his first WSOP win in his career, with players such as Alex Foxen and overnight chip leader David Miscikowski both falling short on the day.

With nine players returning to the felt, both former bracelet winners were out in the first three eliminations. Davide Suriano busted in 9th for $44,785 while Joey Weissman busted in 7th for $75,282. Alex Foxen ran all the way to fifth place but eventually lost out to Miscicowki’s ace-six of diamonds having shoved with king-eight of-suit pre-flop. The ace-high board eliminated Foxen, still without a bracelet, in fifth for $133,300, with Miscikowski gone a place later in fourth for $180,795.

Three-handed, Boas had a big lead, with 35.8 million chips almost three times as many as his two opponents, but no limit is a brutal game and it all changed very quickly. When Nathan Russler busted in third place for $248,298, Boas still had three times Lehner’s chips, but Lehner called a big bluff in heads-up to take the lead. When Boas shoved with ace-seven to go for the lead, Lehner called with ace-ten and even flopped the open straight draw to leave Boas drawing to three tens. A five on the turn opened up the chance of a six saving the American, but a nine instead gave Lehner the title and Austria’s first winner this WSOP.

Glaser was the man to watch coming into the action, but he whiffed the podium places, cashing in sixth for $14,947. In just Nesteranko’s second-ever WSOP event, he has won where so many others have failed to do, after taking down the title by beating overnight leader Von Altizer heads-up. The Russian went into the final duel with a slim lead, but never relinquished it as he dominated the heads up section of the event to close out victory in style.

With big names such as Alex Foxen, Allen Kessler, Ryan Riess and Antoine Saout all making Day 2, others weren’t so lucky, with Veronica Brill one of over 2,000 players to lose their tournament chips.

Adam Friedman has a huge lead in Event #22, with just eight players still in seats at the close of play in the $10,000-entry Seven Card Stud Championship. With 11 new players on the day, a start of day field of 52 was whittled down to the final table by the close of play and Friedman, on an incredible streak in recent years in mixed game events, bagged up an amazing 40% of the chips in play, with 2,385,000 chips.

Vampan On Target in Event #23