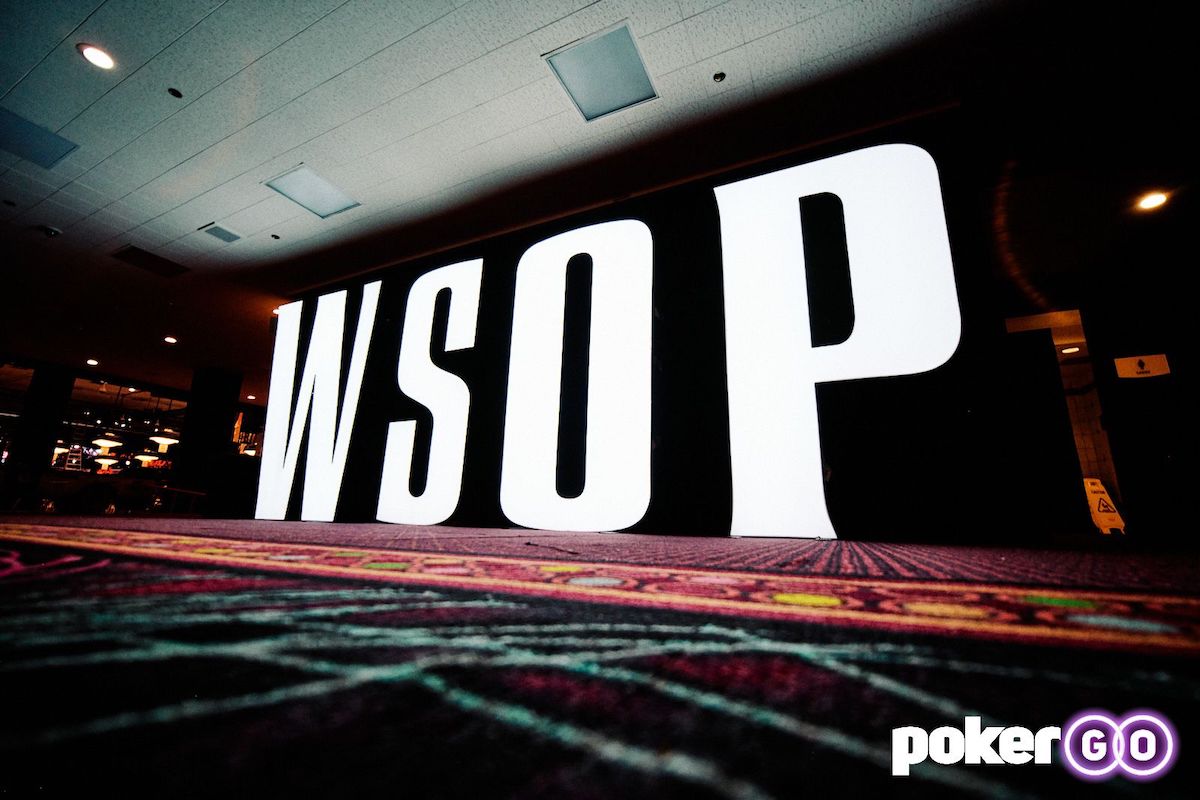 The 10th day of the 2022 World Series of Poker was full of drama and excitement in Las Vegas.

There was just one bracelet won on Day 10 of the 2022 WSOP, but it was a spectacular one as France claimed gold for the first time this series. With six other events in progress across both Bally’s and Paris casinos, there was action right up until the final hand in events across a variety of poker formats.

With 24 players starting the day, just five remained at the close of the action in Event #15, the $10,000 Omaha Hi-Lo 8 or Better Championship. Yuval Bronshtein leads the final five with over 4.1 million chips, with Dustin Dirksen (3.1m) and Dan Zack (2.4m) his closest challengers.

While Ray Dehkharghani has 1.6m chips to play with, Jake Liebeskind will come into play with just two big blinds as his micro-stacked 295,000 chips need a miracle.

Leo Soma won his first bracelet and in doing so claimed gold for France for the first time during the 2022 WSOP. As a fast-paced final day played down to a winner in the $1,500 buy-in 6-Max No Limit Hold’em Event #14, the final 16 was quickly turned into the final table. Soma, who started the day in the middle of the chipcounts, rose to lead when Joe Cada busted in seventh place for $61,098 and never relinquished his lead thereafter. Cada, the 2009 Main Event winner, was desperately unlucky too, losing his chips with pocket kings shot down by Soma’s ace-king.

It was a final table full of similar upsets in terms of hands overcoming stronger ones when the chips were committed pre-flop, with Ivan Zhechev winning with ace-nine suited against Thomas Schultz’s pocket queens before Zhechev himself busted with the best hand in sixth place. Schultz could have been out in fourth but his ace-seven triumphed against Soma’s pocket kings to provide a stay of execution.

Soma was damaged by losing that hand, but not critically. He still had twice the chips of his three opponents combined, and when he took out former overnight chip leader Daniel Wellborn in fourth place – Soma’s six-seven winning against ace-jack – the win looked certain.

So it would prove, as Soma took out Max Gallardo in third place before going to heads-up with an unassailable 10:1 lead. Schultz laddered to second place, but Soman’s jack-three toppled his king-nine to give a raucous French rail plenty to cheer about as they celebrated their countryman’s first-ever WSOP bracelet win.

You can watch Event #15 play down to a winner on Poker GO when it kicks off tomorrow.

In Event #16, the $3,000-entry NLHE event saw Alex Foxen bag up the most chips as perhaps the best player on the planet without a bracelet – certainly on current form – put himself in the best position to break that curse. Foxen bagged up over 2 million chis and was the only player to do so, with his nearest challengers Niall Farrell (1.6m) and Michael Marder (1.59m) a little further back despite having great days at the felt.

With nine American and one Mexican players, the top 10 after Day 2 of Event #17, the $2,500-entry Mixed Triple Draw event had a distinct home country feel to it in Las Vegas. Bariscan Betil (1,190,000) leads the way but he is being chased down by some of the best in the business, with former WSOP final table 8th place finisher Jerry Wong in second on 1,140,000.

Players to lose all their chips on Day 1 in this event included WSOP bracelet winners Robert Cowen, Norbert Szecsi, Daniel Negreanu and Julien Martini, with just 124 players of the 196 entries surviving to start Day 2 with chips.