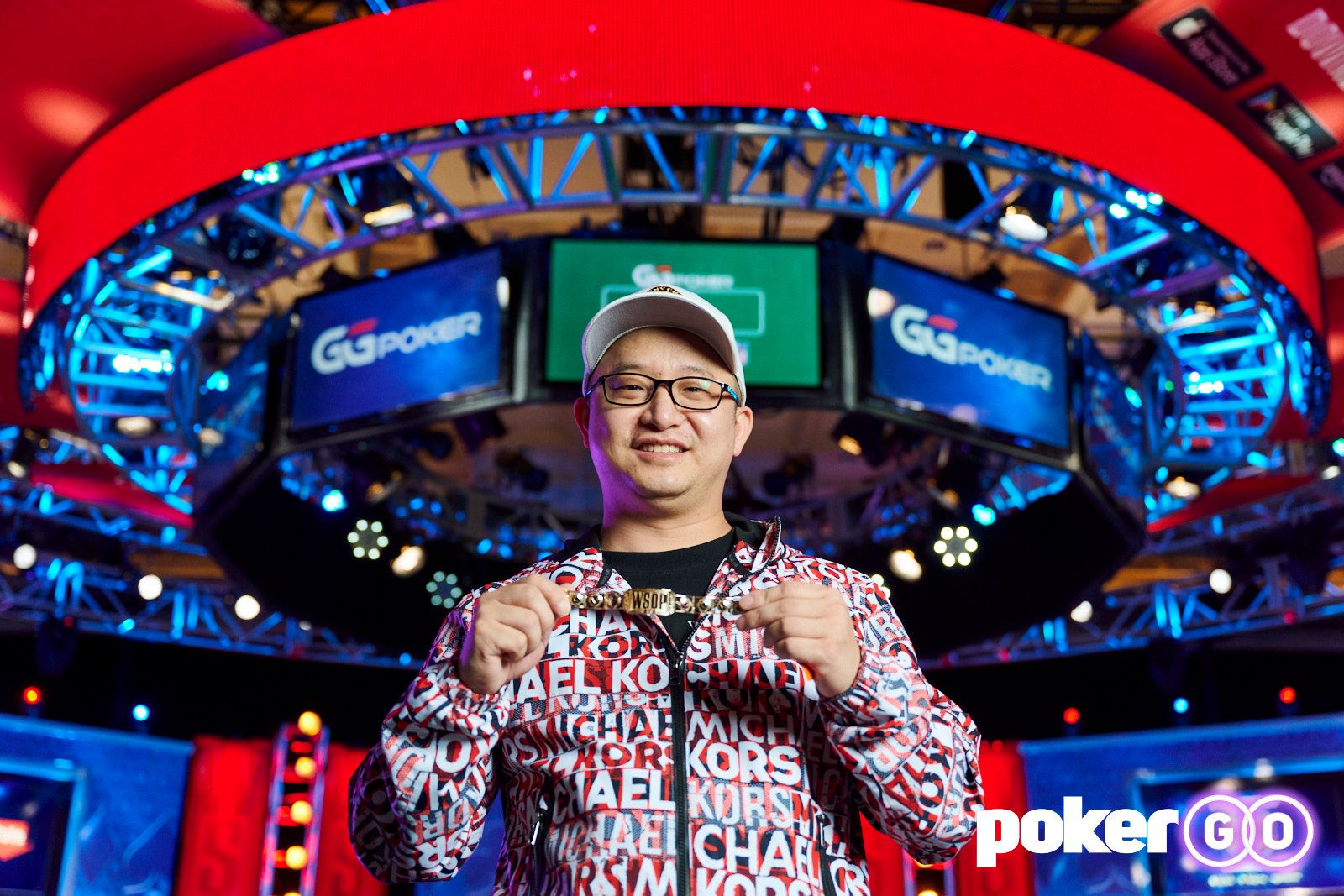 Zhi Wu won his first-ever WSOP bracelet on a busy day of action at the Rio in Las Vegas.

Zhi Wu claimed one of the biggest wins of the 2021 WSOP so far as he won a debut bracelet in the $600-entry NHLE Deepstack event to claim the top prize of $281,604. Elsewhere on a day of drama across six events, Jason Koon and Daniel Zack both made it through to the semifinals of the $25,000 Heads Up Championship.

Zhi Wu took down the first bracelet of the day, winning $281,384 by outlasting his final four opponents in Event #8, the $600 Deepstack event in the Thunderdome. In a dramatic final day, Wu took a massive lead into heads-up, only to be pegged back by his fellow American Ari Mezrich, before taking the title in a stunning final hand.

If you want to watch exactly what happened, then head here and enjoy the latest streamed final table on PokerGO!

The last four of the $25,000 NLHE Heads-Up Championship have been reached, as Jason Koon, Daniel Zack, Gabor Szabo and Henri Puustinen all won in the Round of 16 and quarterfinals to progress to the final day of the event.

The round of 16 saw players such as David Peters, Cary Katz, Johannes Becker and Galen Hall all crash out as Jason Koon flew into the next round and was joined by players such as Mikita Badziakouski and Jake Daniels as the competition reached the stage of profit.

With eight players remaining, Badziakouski played off against Gabor Szabo, who prevailed after an awful start then saw a massive turnaround. There was another comeback win for Daniel Zack, who fell 3:1 behind in chips in the early stages of his bout against Bin Weng, and he wasn’t the only big name to make it. Koon’s match against Jake Daniels was a clash between two players in top form, but it was the quickest of the quarterfinals, with Koon making it through in just 13 minutes when pocket queens won a crucial coinflip against ace-king suited.

There will be $89,787 guaranteed to each player when the semifinals commence on Thursday, but each of the four men will have their sights set on the $243,981 top prize and fabled gold WSOP bracelet. Jason Koon will play Henri Puustinen, while Daniel Zack will take on Gabor Szabo, with Zack the only remaining WSOP bracelet holder remaining.

Event #9 on the schedule reached the final table as Phil Hellmuth, who is aiming to win his 16th WSOP bracelet and extend his record, will go into the final day as the short-stack in the $10,000-entry Omaha Hi/Lo 8 or Better event.

It is Ari Engel who leads the final five and it’s a big lead, too, with the only other former bracelet winner holding over 3.4 million chips, more than double his nearest challenger, Zachary Milchman, who has 1.6m.

Hellmuth will go into play behind those two players as well as Andrew Yeh (1,105,000) and Eddie Blumenthal (1,405,000), holding just 390,000. No-one should discount a miraculous comeback from The Poker Brat, however, with Hellmuth’s record in the Rio unsurpassed by anyone.

Day 2 of Event #12 on the 2021 WSOP schedule saw 133 players play down to just sixteen final day survivors in the $1,500 Limit Hold’em tournament. Two men were at the top of the chipcounts on Day 1, but both Jeremy Maher and Anthony Zinno failed to make the final day, with both men sneaking into the money along with former WSOP Main Event winner Joe McKeehen but going no further.