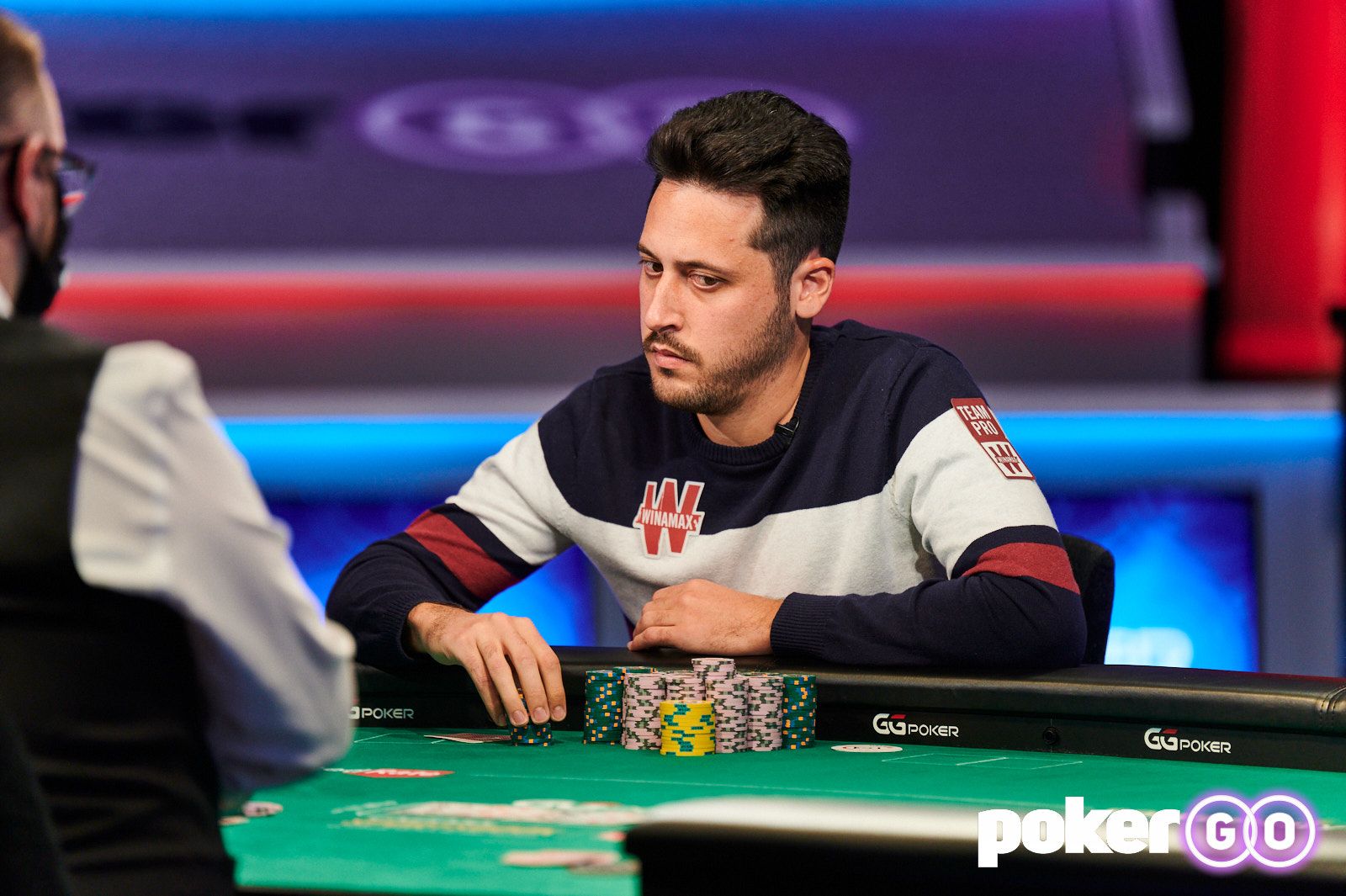 The $250,000 Super High Roller final took place on Day 52 and it was Adrian Mateos who won his fourth WSOP bracelet as he created history.

At just 27 years old, Mateos went into the final five-handed final table with everyone in the money and him holding all the chips. In fact, Mateos’ stack was around the same as all four of his opponents combined. A short time later, he was the winner, and one of the youngest four-time champions in the history of the World Series of Poker.

After Keith Tilston busted in fifth place, Seth Davies exited in third place as John Kincaid came up the ranks from starting the day as short stack. Despite this, it was Kincaid who busted next, with Ben Heath going into the heads-up with just less than half of Mateos’ chips with 15.5 million to the Spaniard’s 34.1 million.

Top pair in the final hand was enough for Mateos to win his fourth WSOP bracelet and deny Heath his first. The British pro will have more chances; his consistently brilliant performance – he ended each of the three days in the top three players – marks him out as one to watch in future events. But it was Mateos’ day as he conquered the best in the world on the live stream and inside the Thunderdome:

The $50,000-entry PLO High Roller event was an absolute classic to be involved in as a poker fan, let alone a player, with some great action going out on PokerGO as fans from around the world tuned to see both Daniel Negreanu and Phil Hellmuth make the final three and fire for glory.

It was Jeremy Ausmus who won the vent, however, despite both Hellmuth and Negreanu having the chip lead with three left. Ausmus, who in doing so won his third WSOP bracelet had immense courage to get the job done under the most intense pressure, with the all-time bracelet leader and a highly-motivated Negreanu both breathing down his neck all the way to the line.

In Event #85, the $50,000-entry No Limit Hold’em High Roller, Jason Koon finished the 12 levels that took place as chip leader. The GGPoker ambassador ended the night with a massive 2.4 million chips, some way clear of his nearest challenger, German Ole Schemion (1.76 million). Both men at the top of the leaderboard have, of course, won their debut WSOP bracelets this Autumn, but they will have some tough players to overcome if either man is to shoot for two.

Stephen Chidwick (1.7m), Shaun Deeb (1.65m) and Dan Smith (1.45m) all feature in the top six stacks, with Mikita Badziakouski 91.32m), Michael Addamo (1.14m) and Darren Elias (1.14m) all taking top 10 stacks through to the next day, it could be a huge battle to see who makes the final. Player of the Year frontrunner Josh Arieh also bagged up 570,000 chips as he was sweating whether Hellmuth would win the PLO event of the same buy-in tournament.

With 35 players surviving from 101 entries, others were not able to make the cut, with players such as Scott Seiver, Adrian Mateos, Sam Grafton, David Peters, Ben Heath, Fedor Holz and Jonathan Little all busting on Day 1. Phil Hellmuth and Daniel Negreanu will be among those looking to late reg on Day 2 before a card hits the deck after being involved in Event #84 today.

Day 1b of The Closer, the $1,500-entry event that many players see as a chance to ‘save their series’ took place on Saturday night as just 38 players survived from a starting field of 1,101. Alex Kulev bagged the chip lead as he piled up 2,685,000 after 166 players made the money.

With big names such as Leo Margets (1.3m) and Ryan Riess ‘The Beast’ (1.07m) in the top 10 chipcounts, a huge day of action will be in the offing tomorrow as the 38 Day 1b survivors combine with the 25 who escaped Day 1a to create a 61-player MTT that will play down to a winner in the Rio.