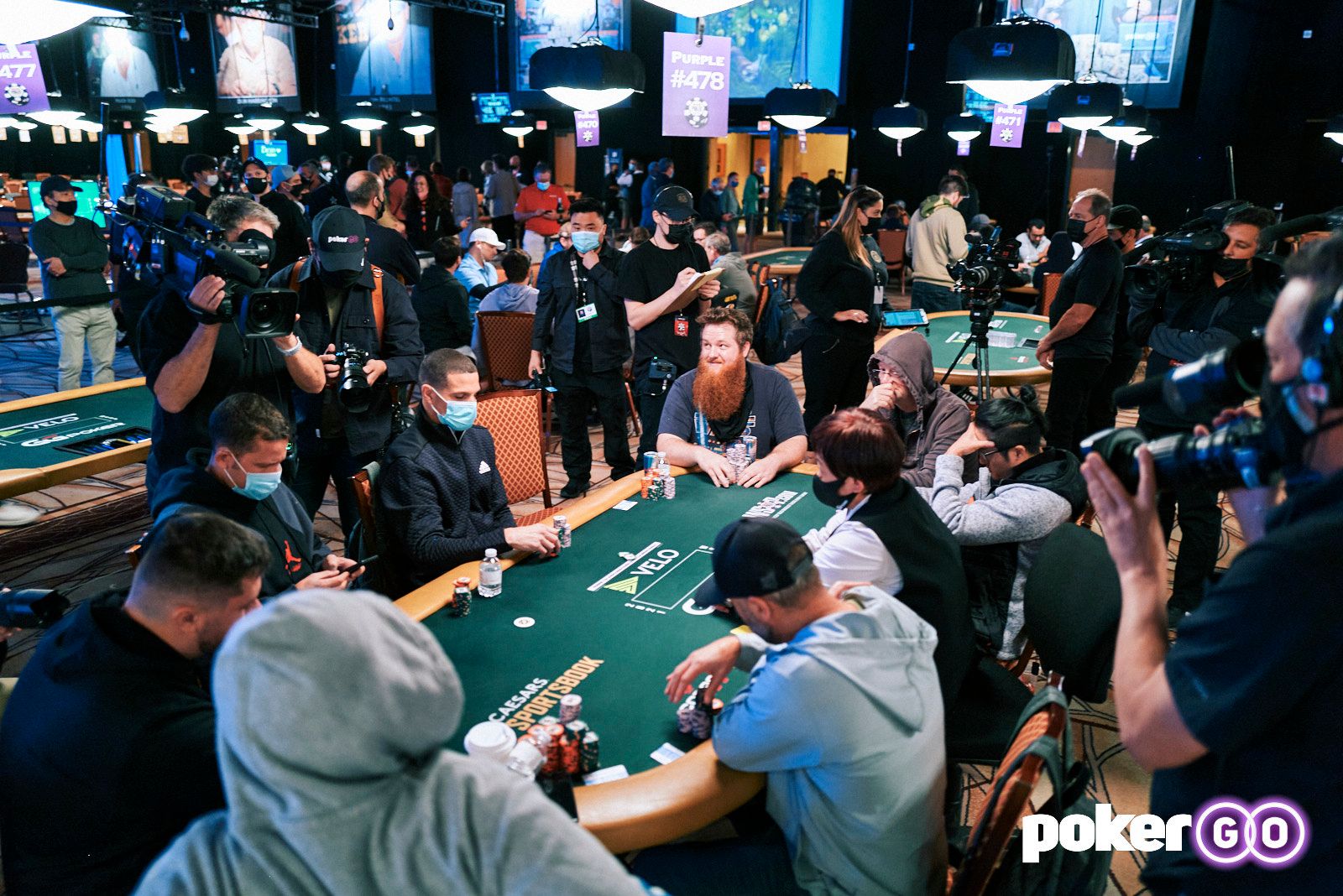 The WSOP Main Event Day 6 saw players such as Stephen Chidwick, Koray Aldemir and Chance Kornuth all in action.

A mammoth day of action across five tournaments saw drama, players busting, possibly the best bluff in WSOP history and another WSOP gold bracelet winner on Day 6 of the Main Event and Day 46 of the 2021 World Series of Poker.

In the WSOP Main Event, it was Day 6. The action was spectacular all day, especially with Nicholas Rigby on the feature table as he once again proved himself a fearless competitor with any hand, but in particular deuce-three.

After the day concluded, just 36 players of the 96 who began Day 6 still had chips. It was Hye Park (29.5 million) who had the chip lead, with a chunk more chips than Demosthenes Kiriopoulos (24.9 million) and Joshua Remitio (21.4 million) as the top of the leaderboard saw some star names make the top ten.

Just a small amount back from the leaders are some big-hitters who will fancy their chances of making the final table. Day 5 leader Koray Aldemir from Germany sits fifth in the chipcounts with 18.9 million, while Ramon Colillas (18.2 million) and Chance Kornuth (13.6 million) both have great shots at the $8 million top prize.

Of the other final table players, Jordan Spurlin ran in sixth for $35,942 as a host of global poker players from countries such as Austria, Germany, Brazil, China and Israel competed for the latest WSOP bracelet.

In Event #70, the final Day 1 flight of the $888-entry Crazy Eights event took place, with Farhad Davoudzadeh bagging the chip lead late on with a stack of 2.41 million. Davoudzadeh is a three-bet clear of Hungarian player Miklos Zsuffa (2.405m), while 2021 WSOP bracelet winner Cole Ferraro (2.29m) isn’t far behind in third place on the Day 1d leaderboard.

With 2,241 entrants overall, just 337 players made the money, with 100 players ending the day bagging up chips. Among the thousands who would not do so were poker names Ryan Riess, Kathy Liebert, Phil Laak, Matt Affleck, Barry Greenstein,Barny Boatman, Ryan Depaulo, Chris Moorman, David ‘Bakes’ Baker, Ebony Kenney and Jeremy Ausmus.

In the $10,000-entry Seven Card Stud Championship, just 11 players remain in the hunt for the latest bracelet with one day of action to come. Of the final 11 players, it is Marco Johnson (1,400,000) who has the chip lead, but a galaxy of stars are aligning behind him, with Yuval Bronshtein (1,332,000) closest of them.

With Brian Hastings (1,093,000), Erik Seidel – who could win his 10th WSOP bracelet, which would put him second on the all-time list – (994,000) and Ian O’Hara (975,000) all in the top five, it is going to be an incredible battle for the gold on the final day. Josh Arieh (535,000), leader of the WSOP Player of the Year race, will be desperate to win gold again and give himself a buffer between himself and the other POY challengers.