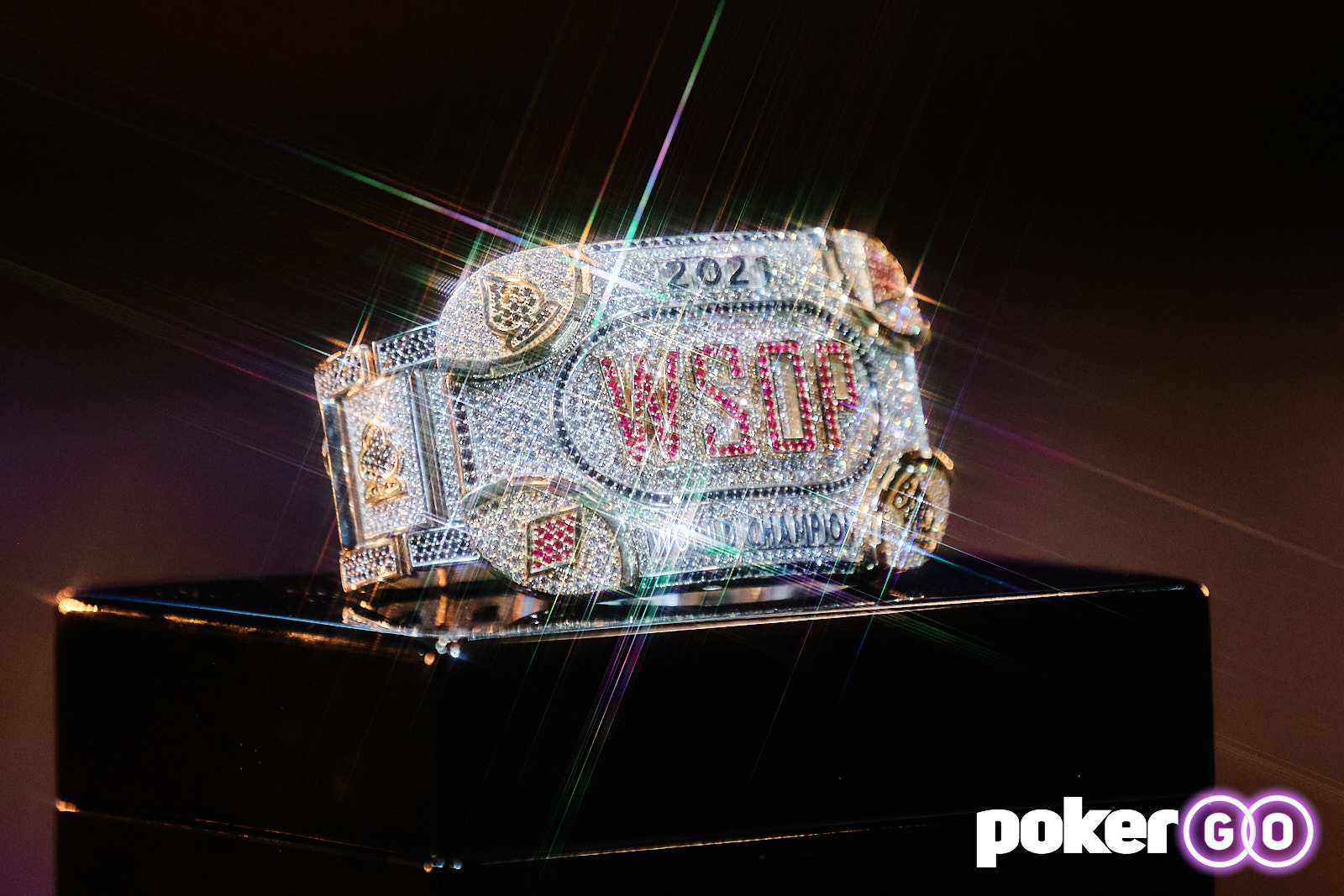 The fabled WSOP 201 Main Event Bracelet, the one everyone wants to win

There was a lot of action on Day 41 of the 2021 World Series of Poker, with some of it taking place at the poker table. On the final Day 1 flight of the WSOP Main Event, Phil Hellmuth made a wizardly entrance, Jungleman arrived almost incognito and there was drama at the felt as Doyle Brunson and Jason Koon shared the feature table on Poker GO.

The feature table on PokerGO saw two legends of the felt collide, as GGPoker ambassador Jason Koon and Doyle ‘Texas Dolly’ Brunson met on the feature table under the lights. With the wily old master now 88 years old, it was a clash between two greats of the game, but it was Jason Koon who would eventually survive the day with 361,200 chips, while Brunson busted.

Over the course of Day 2abd, there were dramatic late registrations, and some huge stacks built as some of the best poker players in the world made it through the day to put themselves in a great position for a deep run in the one they all want to win.

Day 1f saw the biggest and best entrance of them all as Phil Hellmuth entered the Main Event in full fancy dress and make up as Gandalf the White from the Lord of the Rings movies, complete with Dan Cates as a Junlgeman/Saruman co-star.

While Hellmuth’s entrance set flashbulbs popping, his appearance at the table was perhaps even more impressive, with just two levels for the Poker Brat yielding an excellent return on his 60,000 starting stack. The 16-time bracelet winner piled up 94,500 chips by the close of play and will be a danger on Day 2cef tomorrow.

Shaun Deeb Makes Day 2 in Little One for One Drop

With a total of 1,389 entries across Day 1a and Day 1b in the event, just 440 players have made Day 2 with one starting flight to go tomorrow. Expect a huge Day 1c to add to the previous two days with possibly as many numbers as the 1a and 1b flights combined.