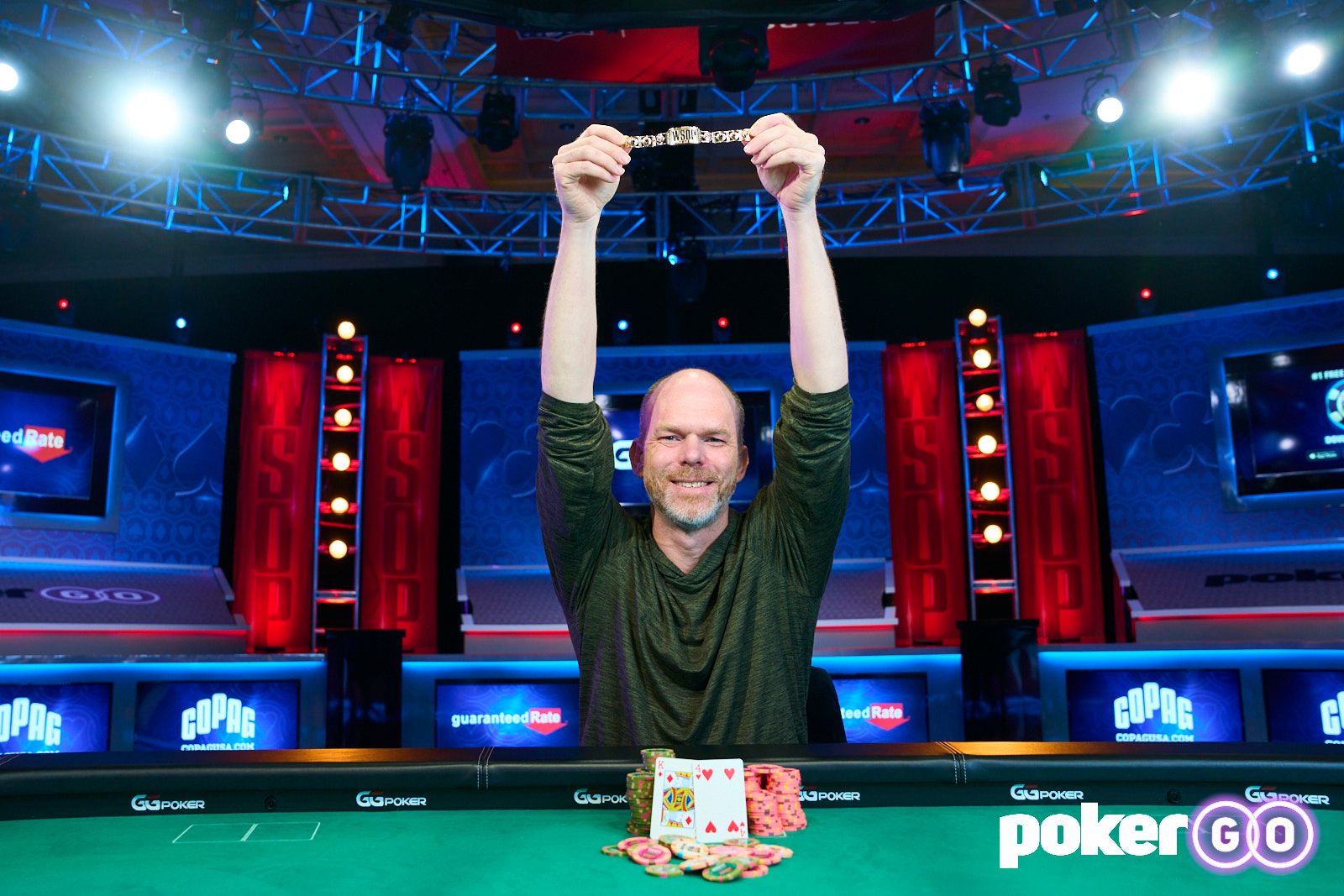 Ryan Hansen won his first-ever WSOP gold as he took down the $3,000 Limit Hold'em final table on PokerGO

The latest day of World Series of Poker action saw a very familiar face at the top of one event leaderboard, while a new name made it onto the roster of WSOP bracelet winners and legends took to the felt as they battled towards glory.

It’s time for a round of Rio action as Day 25 crowned a new champion and saw late drama in virtually every event.

The latest bracelet winner was a first-timer as Ryan Hansen fulfilled a lifelong dream to claim WSOP gold for the first time. Winning his bracelet on the live-streamed PokerGO final table, Hansen was ecstatic as he took down the $3,000-entry Six-Handed Limit Hold’em Event #44.

With some superb action seeing Hansen come back from being 2:1 down when he began his heads-up battle with Japan’s Kosei Ichinose, Hansen claimed a memorable victory and banked the top prize of $109,692 as he became champion.

In Event #45, the Pot Limit Omaha Championship reached the latter stages as just 18 players made the cut for Day 3, with Jonathan Witz (2,620,000) the chip leader.

He was closely followed by some real superstars in the top 10 chipcounts, however, with players such as Daniel Zack (1,845,000) and Artem Maksimov (1,400,000) just two of the players to make the upper echelons of the leaderboard at the pivotal stage.

In Event #46, the $800 Deepstack event saw Alejandro Andión lead the remaining 120 players on Day 1 after 2,053 entries were whittled down during a fast and furious day at the felt.

Other stars of the felt such as Finnish tournament and cash game player Joni Jouhkimainen (559,000) and WSOP Main Event runner-up Tony Miles (429,000) survived, but other big names busted, such as Chance Kornuth, Paul Newey and Manig Loeser.