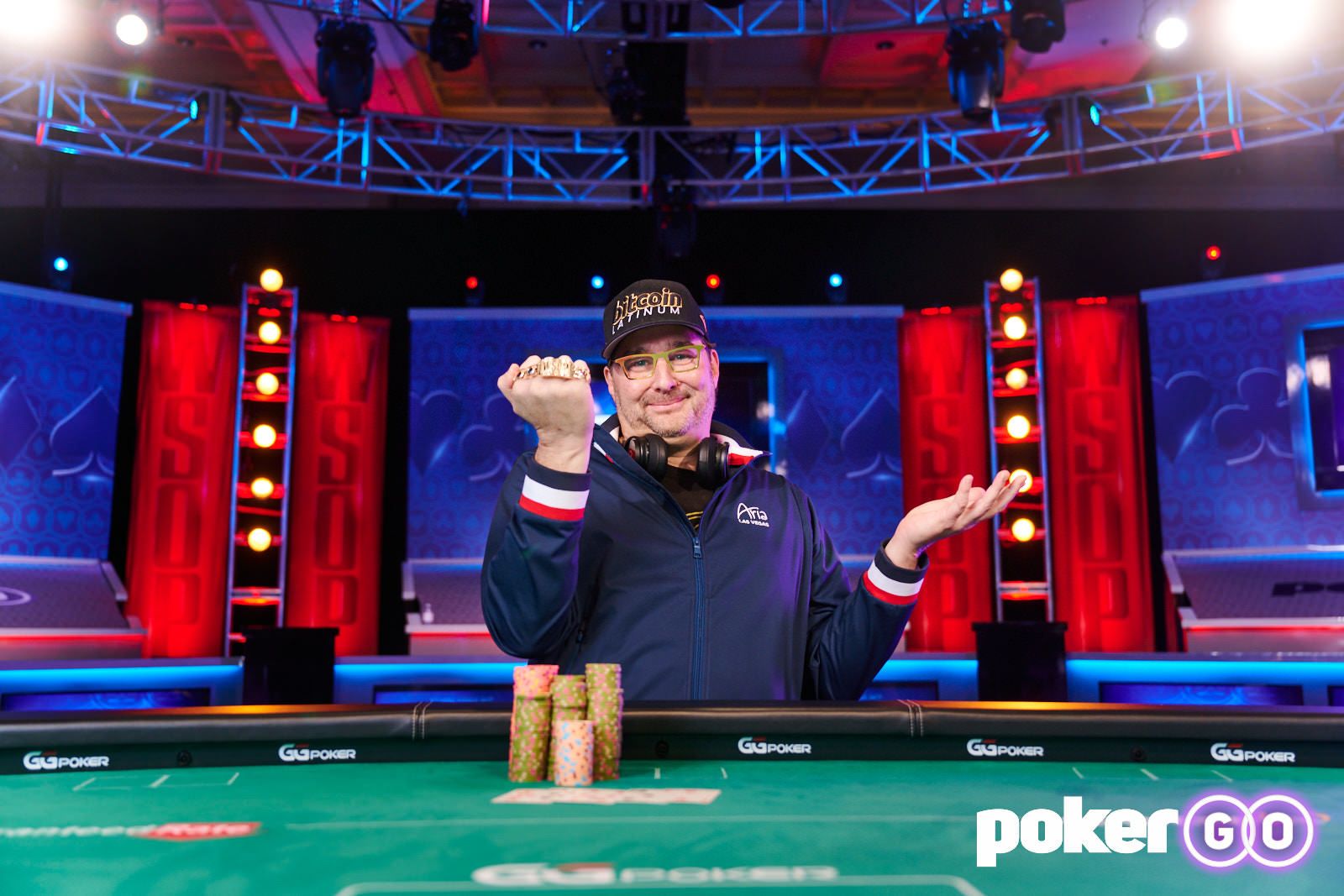 Phil Hellmuth took down the 2-7 Lowball Draw Event #31 to win his 16th World Series of Poker bracelet and extend his record-breaking haul of gold in WSOP event to a ‘sweet sixteen’. Hellmuth, at his fourth final table of the 2021 WSOP, got over the line against Jake Schwartz heads-up amid stunning scenes in the Thunderdome.

After a frustrating and controversial beginning to the Series, Hellmuth came close but couldn’t get over the line in three other final table appearances. Today, however, was different. Going into play only behind Rep Porter at the top of the chipcounts, Hellmuth made the most of every opportunity he could and took the title and his 16th bracelet after getting the better of Jake Schwartz heads-up.

After the victory, Hellmuth told PokerGO: ““I’ve wanted a deuce-to-seven bracelet ever since the 1980s because it was the coolest bracelet to win. It was the one tournament that Chip [Reese] and Doyle [Brunson] showed up for. All of the big-name poker players, such as Billy Baxter – all the champions showed up for that one tournament. It was a $10K with rebuys, so they would be in for $50,000. I wanted this bracelet so badly.”

For more on this unprecedented achievement by Hellmuth, head straight to our exclusive report from the final table at the Rio right here.

Others weren’t so fortunate to survive, with stars of the felt such as Scott Bohlman, Dan Heimilller, Allen Kessler, John Racener and George Alexander all busting on Day 2.

Event #33, the $800-entry eight-handed NHLE event, saw a day of fast-paced action really cut through the numbers as just 159 players remained in seats at the close of play.

With players such as Michael Gathy, David ‘ODB’ Baker, Benny Glaser, Ben Yu and Brian Hastings all busting, players will return tomorrow to see if they can bag a final table seat to battle it out for gold on Tuesday.