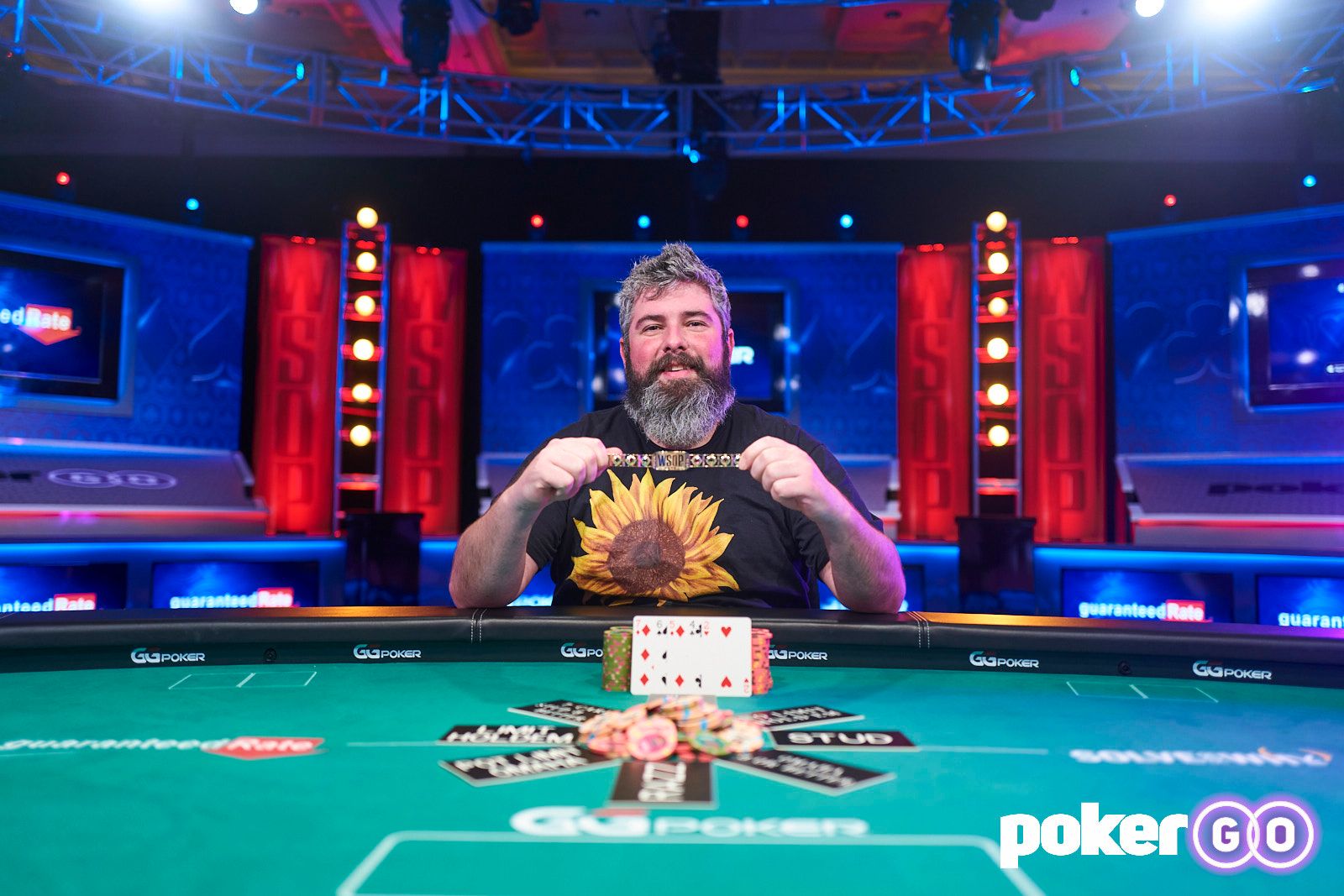 Three players won WSOP bracelets on one of the busiest days of the 2021 World Series of Poker so far at the Rio Hotel & Casino in Las Vegas, Nevada.

There was a dominant wire-to-wire victory, a comeback triumph and a first-time bracelet winner as the lights shone on a Thunderdome full of excitement. With the first fortnight of WSOP action in the can, we were right at the heart of the arena on Day 14.

In Event #23, Ryan Leng completed a stunning comeback heads-up against 2021 bracelet winner Connor Drinan to win his third bracelet and his first in a mixed game event. Leng’s win saw a superb six-handed final table that featured other stars of the game such as Daniel Zack and Brett Shaffer pushed the Indiana player to the limit to claim his third piece of WSOP gold.

With just six players left, Leng sat third in the chipcounts as the final table action began. Connor Drinan led the way at that point and that lasted until Daniel Zack grabbed it with the elimination of Ryan Hughes in sixth place for $19,317. That all changed by the time Drinan took out Schuyler Thornton in fifth for $38,752, as a key PLO hand gave Drinan three times the chips of most players and double his nearest rival in Leng.

That lead was maintained after Drinan took out Zack in fourth for $38,752 and Shaffer in third for $56,839. The lead going into heads-up, however, was mighty close, but not for long, as Drinan pounded Leng into the canvas. At one point, Drinan had ten times his opponent’s stack and the battle looked lost for Leng. He is made of stronger stuff than most, however, and ground his way back into contention before two PLO pots and a Limit Hold’em hand vaulted him into the lead.

Two 2-7 Triple Draw hands later, Leng was the champion, as he took apart Drinan and claimed his third bracelet. Whichever of the two greats had ended the tournament victorious would have earned the title of three-time winner, but it was Leng and not Drinan who posed with the gold as Drinan came so close and yet so far from becoming the first player to win two live WSOP bracelets in 2021.

In the $1,500-entry Millionaire Maker, only one man of the final five would become an overnight millionaire. That man was the dominant Daniel Lazrus, who in winning the event not only took home the top prize of $1,000,000 but captured his second WSOP bracelet of the year after winning a WSOP Online Series bracelet back in July.

Lazrus’ win came at the expense of quality professionals at the final table felt. Just five players came back and Lazrus was already in a dominant position when he took out the man who came into play as his nearest challenger, albeit with only half of his chips. Ignacio Moron’s move with ace-nine was no match for Lazrus’ pocket kings and when Belgian Michael Gathy busted next, the only man who had a previous live WSOP bracelet was out of the reckoning, after he drifted short and his ace-high was outrun by Darryl Ronconi’s king-queen.

Three-handed, that hand gave Ronconi the lead, but Lazrus never panicked, winning a key hand with a set of sevens against Ronconi’s ace-high. Thereafter, the overnight chip leader was largely dominant and never lost the lead. Ronconi spiked a gutshot straight to survive and double-up once when committed with the worst hand, but a short time later, he couldn’t manage the same with ten-seven shot down by Lazrus’ ace-jack.

You can watch all the action from one of the most entertaining final tables of the Autumn right here:

The third bracelet winner of the day was Michael Prendergast, who won gold for the first time as he neat Jeffrey Barnes heads up and won the $600-entry PLO Deepstack Event #24. Plenty of big names missed out on the run-up to the final table on the last day of this two-day event, with Andrew Neeme (31st for $3,725), Day 1 chip leader Shen Liang (20th for $4,502) and Ahmad Shiraz (10th for $8,551) all falling short of the business end of the event.

The biggest name to make the final table was Brazilian Joao Simao, but the only remaining bracelet winner crashed out in fourth place for $42,272. From there on in, Prendergast played a tight-aggressive game and caught the cards he needed to seal the deal in style, recovering from a deficit of 5:1 to Barnes to turn the tables and take the title.

In the $1,000-entry Ladies Championship, Event #22 saw 17 players reduced to a final five who will return tomorrow to battle for what will be a first-ever bracelet whoever wins. Mikiyo Aoki holds the chip lead as she did after Day 2, but her Day 3 is a little slimmer by comparison.

It is very much a case of the haves and have-nots as Aoki sits with 4,880,000 chips, marginally clear of her closest challenger in Debora Brooke with 4,280,000. Three players below those two big chip-stacks have short stacks they will need to improve on in order to challenge for the bracelet, with Diane Cooley (1,265,000), Poker Hall of Famer JJ Liu (1,250,000) and Lara Eisenberg (1,200,000) all hoping for an early double when the final day kicks off in the Thunderdome.

Finally, Event #27, the $1,500-entry H.O.R.S.E. event began and after 594 players took part, only 207 players made Day 2, with the money bubble yet to burst at 90. British mixed game specialist Adam Owen bagged the chip lead with 220,000 chips, but other big names join him in a stellar top 10 of the leaderboard, with John Monnette (160,000), who has already won a WSOP bracelet this Autumn amongst them.

Others to thrive include Barry Greenstein (148,500), Jason Somerville (120,000), Phil Hellmuth (44,000) and the Poker Brat’s conqueror at the most recent final table they’ve shared, Anthony Zinno (40,000), with players such as Eli Elezra (pictured right), Mike Matusow and Benny Glaser all hitting the rail.