You are here
Home > PokerGO > Win Some, Lose Some at the WSOP on Day #5 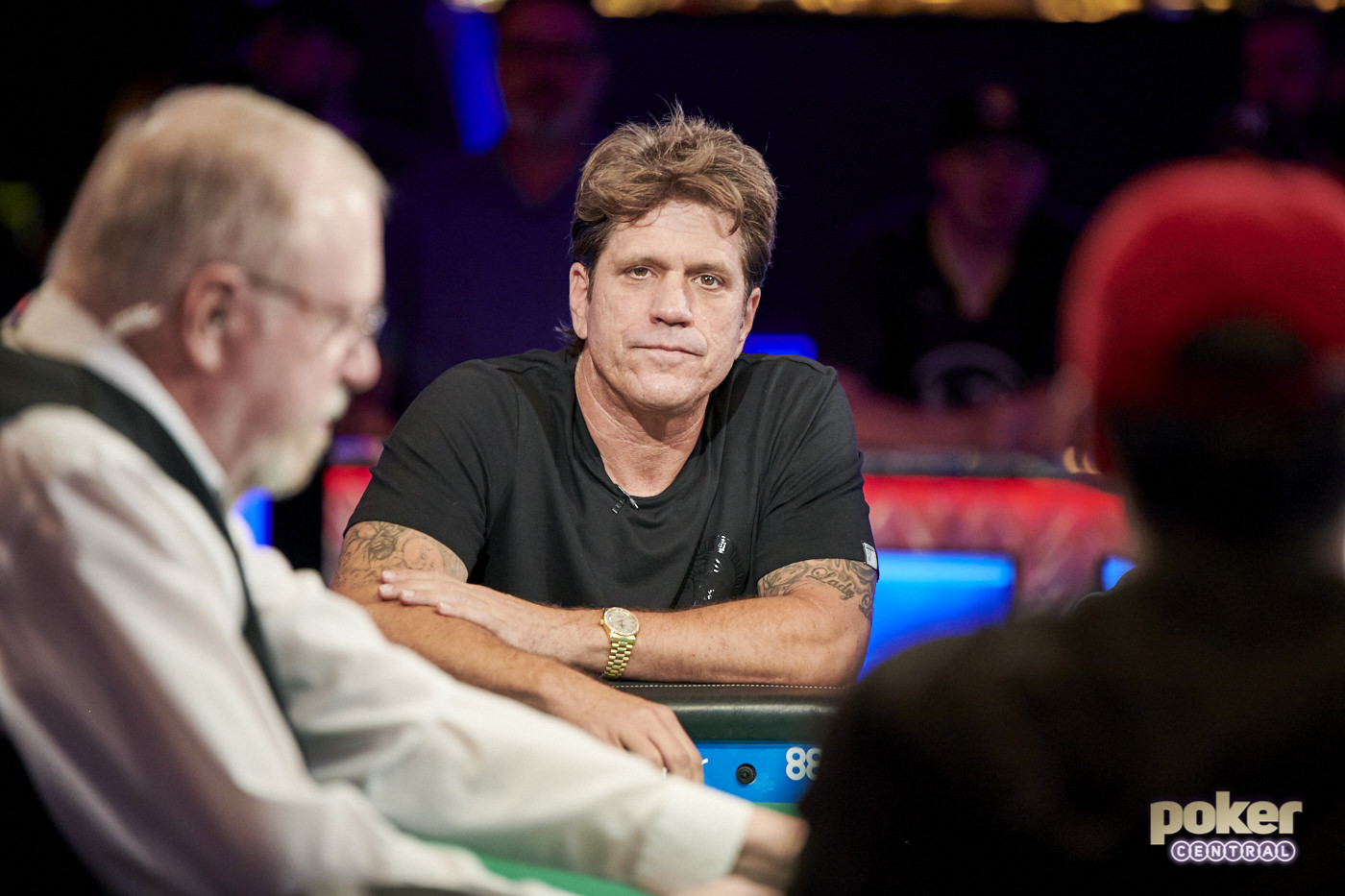 If you're not at the World Series to gamble, why are you there? Brian Green (pictured) who leads the WSOP 2019 Player of the Year standings.

We’re not even a week into the 50th Annual World Series of Poker, but we’ve already had bracelet sweats for Kid Poker and the Poker Brat, as well as a blow-up from the latter. We’ve talked positivity, seen Daniel Negreanu lay down the handshake law and watched hand after hand of epic action on PokerGO stream.

The World Series has it all. But what happened on Day #5 that you might have missed? We’ve got you covered.

NO GAMBLE, NO FUTURE

Greg Jennings cannot be accused of wasting his time when he’s away from the felt. He’s making profit whichever buttons he’s clicking:

Although, sadly, the same cannot be said for Jon Aguiar.

Hey guys I'm not sure about this but I'm beginning to think I am not a favorite at craps and roulette. Going to continue to investigate and will update later. #WSOP50

Some players aren’t even in Vegas of course. But of that number, there are those who are yet to arrive, and those who won’t be coming at all….actually, there’s only the first type.

For the almost 5 years I've been a single dad I rarely get poker FOMO. It's way better spending time with Liliana than sitting at a poker table…but all the #WSOP50 posts are getting to me a little. When we return from summer vacation mid June, I'm coming with a vengeance.

PLAYER OF THE YEAR RACE IN FULL SWING

No-one wants to miss the 50th World Series of poker, and the numbers are in for the current Player of POY standings. It’s very close between Brian Green, who is well known to poker fans and in particular, Vegas lovers, and a player whose first WSOP cash came in the O8 Event #4 he just took down.

It’s worth mentioning that Daniel Negreanu is just outside the top ten in an unlucky 13th place after a great start to the World Series, and we expect things to change a lot even in the next five days, with some big field tournaments, not least the Big 50 coming into play. But enough about the official race. What about…

With five action-packed days in the can already, Team Poker Central is sitting comfortably in mid-table, keeping our powder dry in the $25k Fantasy Draft. Mike Matusow and Markus Gonsalves have done well for Team Noori, but Ben Yu? Well, he’s just Ben Yu. He even finds time to trash-talk the other teams while he crushes.

While Team Maths need no abacus to count to the two points they currently have, Team Negreanu sits third in the table, denied the second spot only by the incredible performance so far by… Daniel Negreanu! Yes, Kid Poker is robbing from his own plate to feed another team at the World Series, proving everyone has a chance to win. You can check the full standings right here.